Metrolinx says Finch West LRT will be completed in 2023 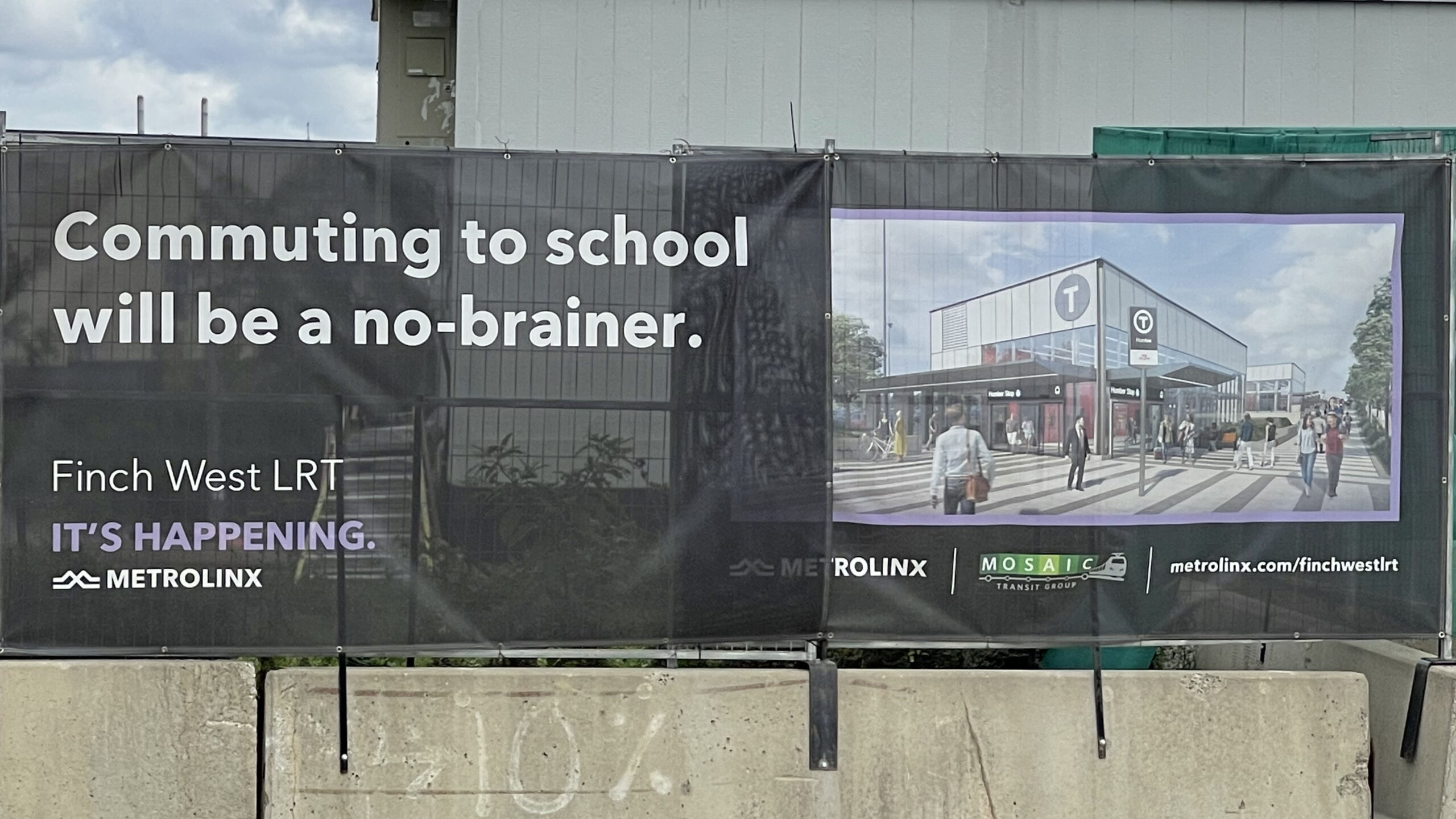 It will not be until 2023 before the traffic nightmare at the corner of Highway 27 and Humber College Boulevard is replaced by the Finch West LRT.

Currently, a landscape of boulders, pipes, excavators, digging equipment, and fencing, the intersection presents a literal roadblock for those coming to campus.

For Krupali Shah, a Humber College admissions advisor, it won’t be a moment too soon.

“I would have to leave my house at least one hour early to get to work for 8:30 a.m,” Shah said. It wasn’t the first time traffic woes have disrupted his mornings.

“I have also experienced being stuck in traffic at Highway 27 and Finch West Avenue,” Shah said.

The $2.5 billion project, which started in fall 2019, will see 11 kilometres of rail installed and 18 stations opened.

“The Finch West LRT will operate in a dedicated lane in the centre of the roadway separate from regular traffic,” said Suniya Kukaswadia, a communications officer for Metrolinx. “Once complete, the LRT will greatly reduce TTC bus traffic on Finch Avenue West, particularly during peak travel times.”

The LRT will connect to local transit services, which are currently at Humber College’s terminal, including as GO Transit, Mississauga’s Miway, Brampton’s Zum, and York Region’s Viva.

“Whether it’s heading to class at Humber College, shopping in one of the vibrant local communities, or making other transit connections to travel across the region with GO, MiWay, YRT, and Züm, the Finch West LRT will be the way to go,” Kukaswadia said.

Kukaswadia said significant infrastructure investments such as the LRT project provide benefits for local communities in the form of employment, apprenticeship opportunities, and local supplier opportunities.