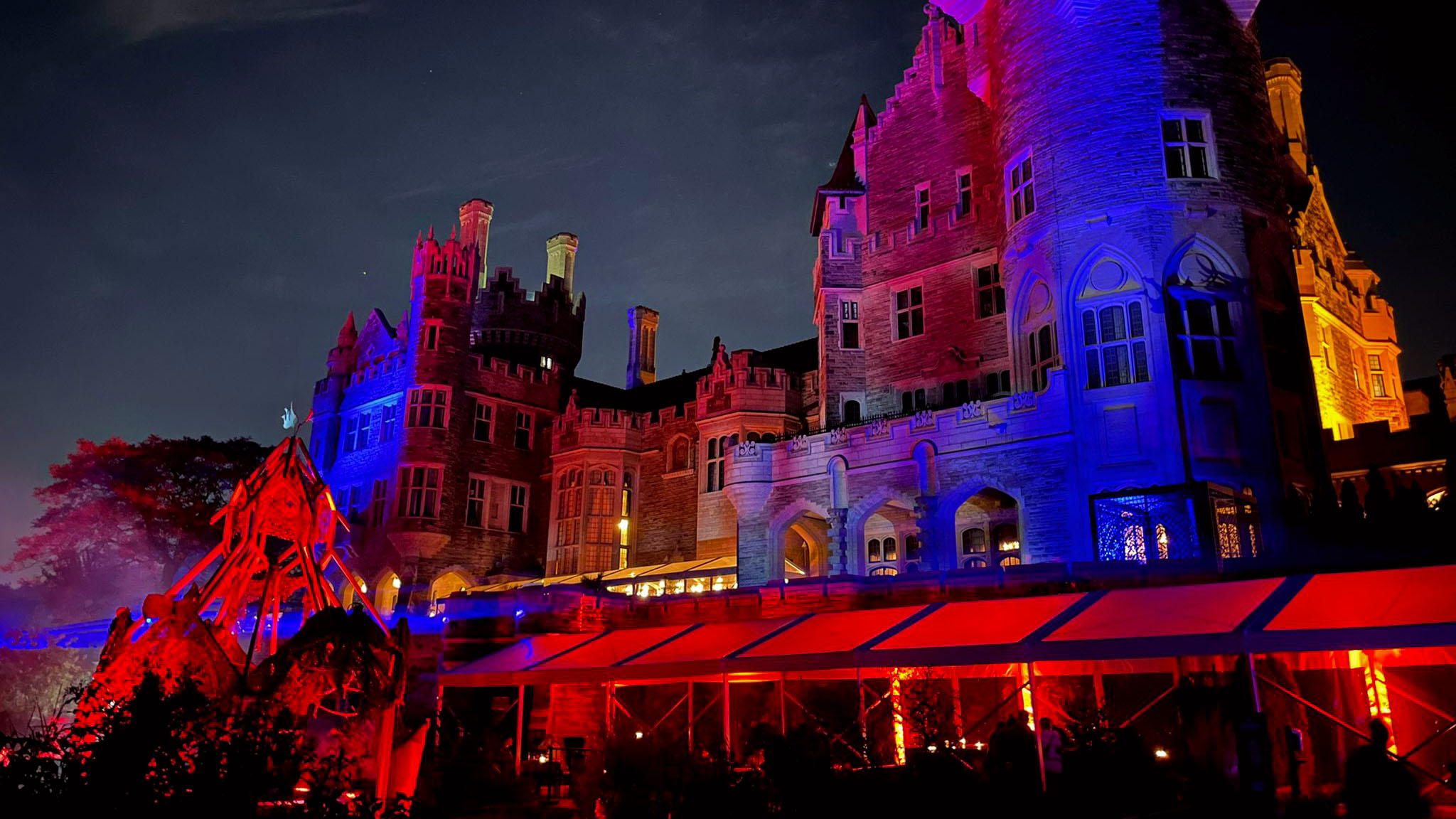 The reason why so many horror books and movies take place in spooky old castles becomes clear at the Legends of Horror event at Casa Loma in Toronto.

The secret chambers, the long dark and dimly lit corridors and narrow staircases provide the perfect backdrop for an atmosphere of fear and uneasiness.

And on the COVID-19 front — as Casa Loma returns to present its annual Halloween installation, after being cancelled last year on the eve of opening — there’s nothing to fear.

“We are making sure that everyone coming through is double vaccinated, wearing masks and maintaining social distance between the groups along the trail,” said Corynn Gonçalves, the guest services supervisor at Casa Loma.

“Security guards are making sure that these protocols are being followed,” she said.

Now in its sixth year, the attraction is a self-guided tour along the castle property.

The experience starts on a two-kilometre trail in the lower gardens of Casa Loma, heading to the castle’s tunnels and into some of its darkest spaces. Along the way, professional actors play horror characters engaging with the audience.

And as with any good horror experience, no one can really tell when the actors will show up to scare people.

Are they around the corner? Are they about to jump out from behind some bush in the garden? Or maybe they’ll just silently blend into a tour group in one of the darkest parts of the trail and won’t notice until it’s too late.

“I’m playing someone who lives in the haunted house,” said Seemab Aslam, an actress who performs in the later hours of the event. “Basically, my job is to give you the most fun and scary experience possible.”

Aslam said she’s satisfied with pandemic safety measures and the actors must wear masks at all times. Casa Loma is working with the City of Toronto and Toronto Public Health to ensure the event is in compliance with health regulations.

The experience also relies on a great deal of technology and illusionary tricks to increase the sense of unease while going through it.

Disorientation is a great strategy to create fear, and it is used to perfection in the first part of the walk: secret chambers with mirrors, smoke and light games work to make a person completely lose their sense of direction.

Besides, knowing that a particular villain from a certain Stephen King novel is mingling about doesn’t really help anyone relax.

The second part of the walk is in the tunnels and has a more historical approach, but is still as scary as the first one — or even moreso.

The details in this section are impressive, leading visitors through a path that ends with a 3D exterior projection on the walls of the castle.

On leaving, Joanna Rog shared a little of the experience she described as unique: “It was fun!

“For sure, it’s better when it’s dark, and I’m already looking forward to going back next year,” she said.

Legends of Horror takes place until Oct. 31 and tickets are available at casaloma.ca.