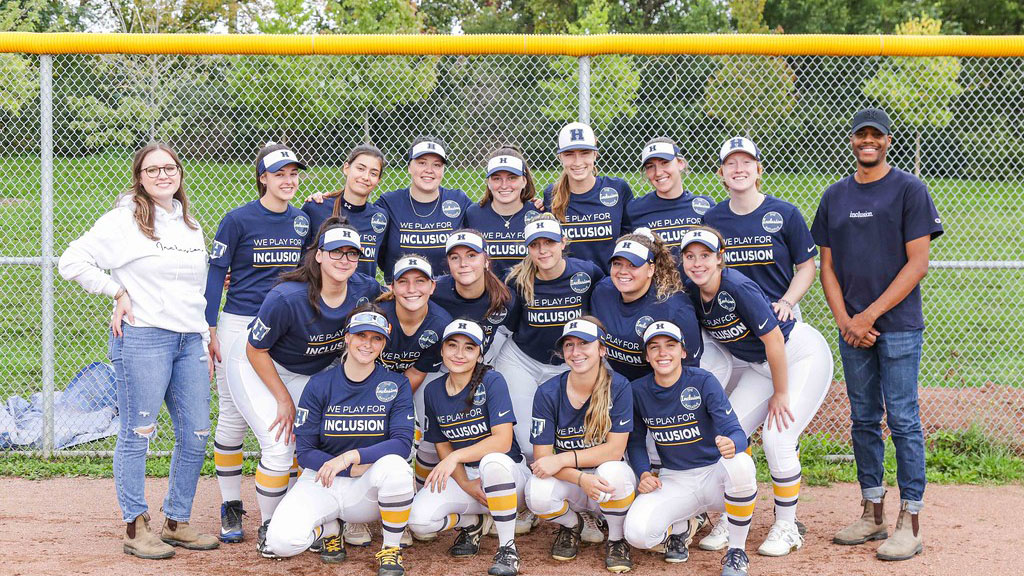 Humber’s softball team has an energy that could only be described as electrifying. It continues to dominate the Ontario Colleges Athletics Association and demonstrate that team spirit makes all the difference in sports.

“This team is a family,” said Hayley Pasma, a recent athlete of the week and first base player. “You really can’t go wrong with the positivity that comes from supporting coaches and teammates,”

Humber’s softball team has been performing exceptionally well lately, winning a string of games against Durham, Mohawk, and most recently, Seneca. Their victories have been accompanied with a new home run record. 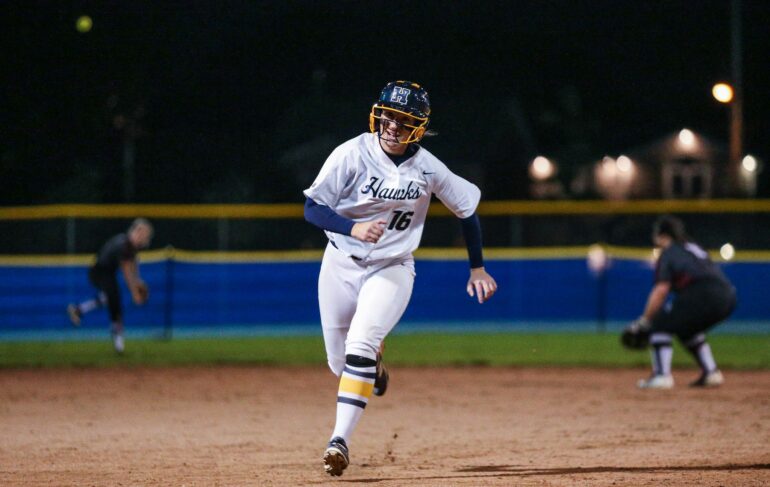 Hailey Pasma rounds the bases during the first game of back to back against Durham College, where the Hawks went on to win 15-0. PHOTO CREDIT/ COURTESY OF HUMBER ATHLETICS

The team has shown incredible determination to play the game, which, Pasma said, is the very building block that has allowed their success.

Pasma said one of the best aspects of the team is how well they work together. She credits their success to how they build each other up and work hard to make every play.

That support, from both players and coaches, has created a powerful atmosphere of synergy.

“It’s like a group of friends,” Pasma said. “It makes you feel as if you’re at home, and even for people that come to our games and see us interact with each other, they all say things like, ‘Oh my god, you guys have such good chemistry.’

“And we honestly are all just rooting for each other,” she said.

The connection the team shares appears to be working. In the last 11 victories, Humber has blown away the competition with final tallies such as 14-3 against Seneca, and 15-0 followed by a 13-3 against Mohawk back-to-back.

The skill demonstrated by the players is equal to their powerful spirit. 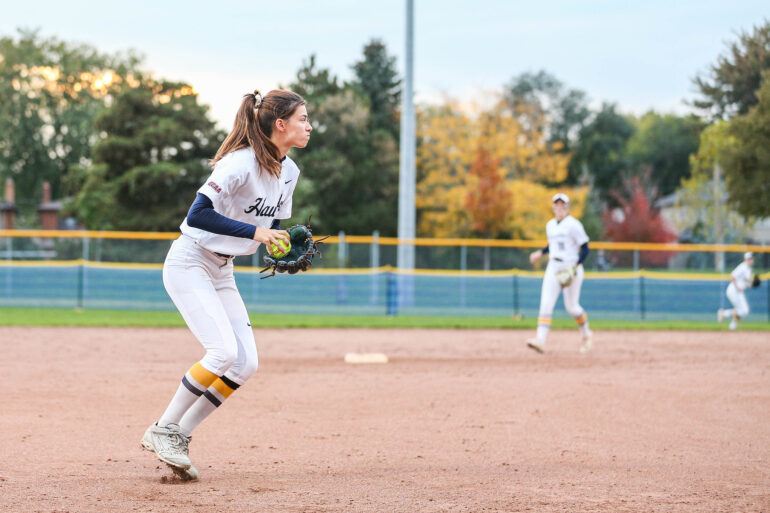 Alexis Ferreira with the ball looking to make a play during the second game of a back-to-back against Durham College. PHOTO CREDIT/COURTESY OF HUMBER ATHLETICS

For shortstop Alexis Ferreira, now the record holder of the most home runs with five in a game for the OCAA, the passion and practice for the sport were there even before Humber. She started playing softball when she was nine, following a family dedication to sports, and no other game but softball would do.

“My dad played baseball, my mom played softball,” Ferreira said. “I never really played any other sports, I always just waited for the summer to play softball, no other sport gave me the same feeling that softball did.”

Ferreira credits the team’s success to plenty of practice with the team. Softball isn’t an easy sport, and psychologically, players have to be prepared to lose in order to improve. The key, Ferreira said, is to have a short memory and get right back into the game after every play, good or bad.

“If you hit a ball three out of 10 times, you have a really good average, meaning you’re destined to fail those seven other times,” Ferreira said. “The mental game of softball is big, you have to understand it’s kind of just trusting your own mental state and that’s the biggest thing for softball, being able to strike out and then go back out onto the field and make the next play,”

The result is what Ferreira vividly describes as an electrifying sensation on the field.

“If you ever come to a Hummer softball game, you will know which one we are because we are the ones that are yelling,” she said. “It’s just such a confident feeling, doing those chants helps keep you in the game as well because your mental game is there, you’re focusing entirely on the moment,”

Focus, determination and teamwork all seem to be the key ingredients for success, and they are ingredients Humber’s softball team has in abundance.