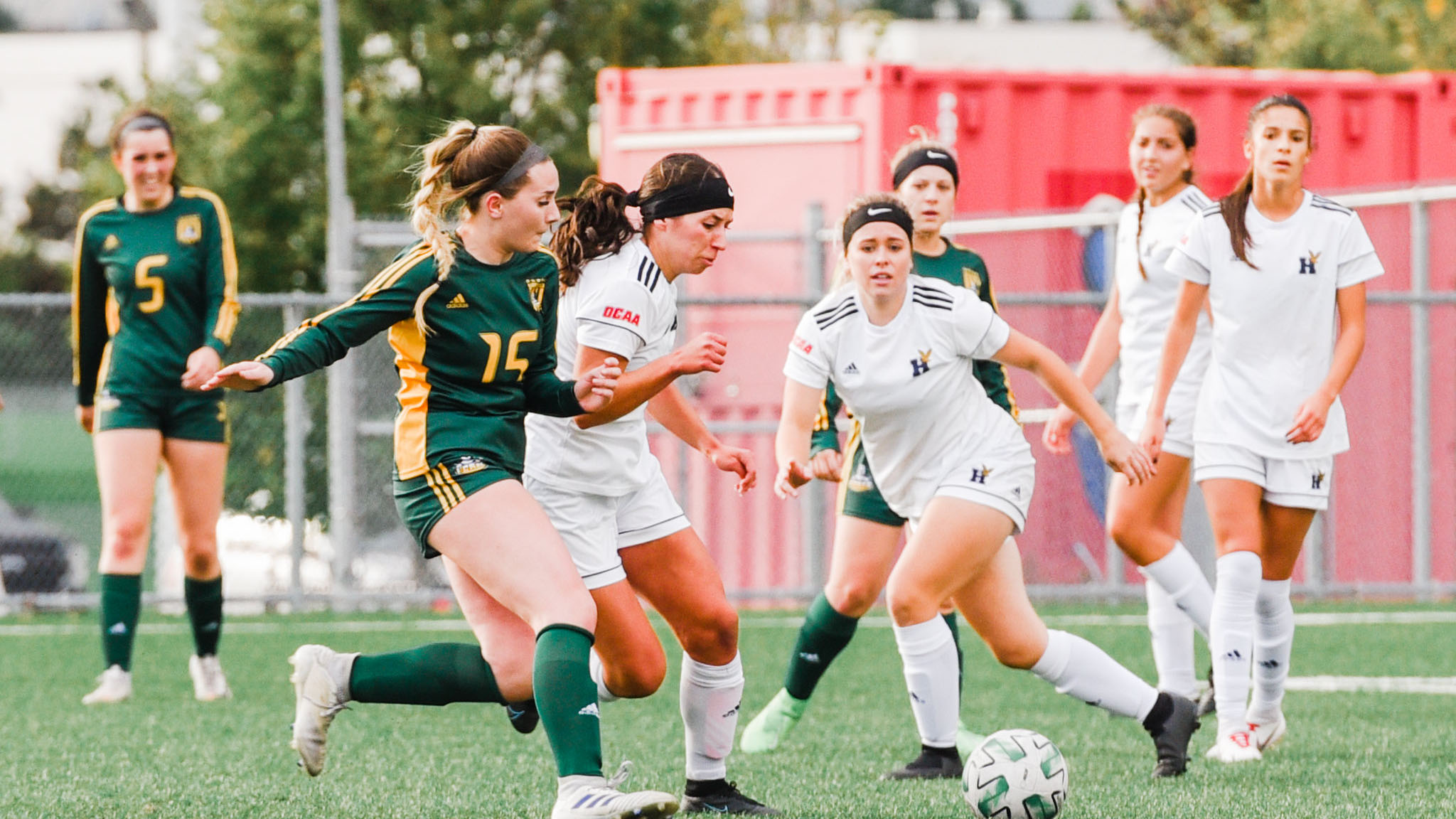 Jose Caro attributes the fast start of the Humber Hawks women’s soccer team this season — and its success over the years in the OCAA — to some traditional values and perspective.

“You have this family environment not only within a team, but you have it with other teams as well as Humber,” said the Hawks’ lead assistant coach.

“Moe will be the head coach now for around 25 years,” Caro said. “He started the program and he’s been quite successful with the most wins in the OCAA as a coach.”

A week later, Humber edged the Durham Lords in a penalty kick shootout, winning 2-1. Veteran goalkeeper Vanessa Fiore stifled the Lords, while Humber shooters gave Humber a 4-1 edge in the penalty shootout and the victory.

“I don’t think we should have went into penalties, I think it should have been our game, but you know things happen, we went into overtime — but we ended up winning in PKs,” forward Kaitlynn Russell said.

Russell worked hard towards a 13 regular season goal record at Humber, which is the third-most in program history. Her 2.17 goals-per-game standard sets a new program record, exceeding the legendary Joanna Vitale’s record of 1.67 goals in 1999. 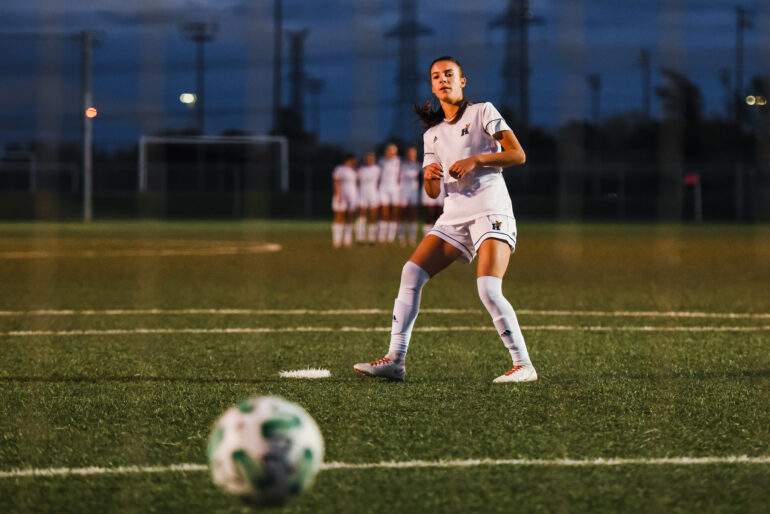 Kaitlynn Russell letting a shot go in the penalties against Durham, the Hawks came away victorious. She recently scored a hat trick in a game against George Brown. PHOTO CREDIT/COURTESY OF HUMBER ATHLETICS

“Thirteen goals for the total season was definitely not something I expected,” Russell said.

Keeper Fiore said the team uses every opportunity to become stronger and after every game it’s back to the drawing board, then back to the field for practice.

The Hawks travel to Niagara College on Saturday afternoon for their fourth game of the season.

“This season has been great so far, so we’re staying focused to keep the momentum going,” Fiore said.