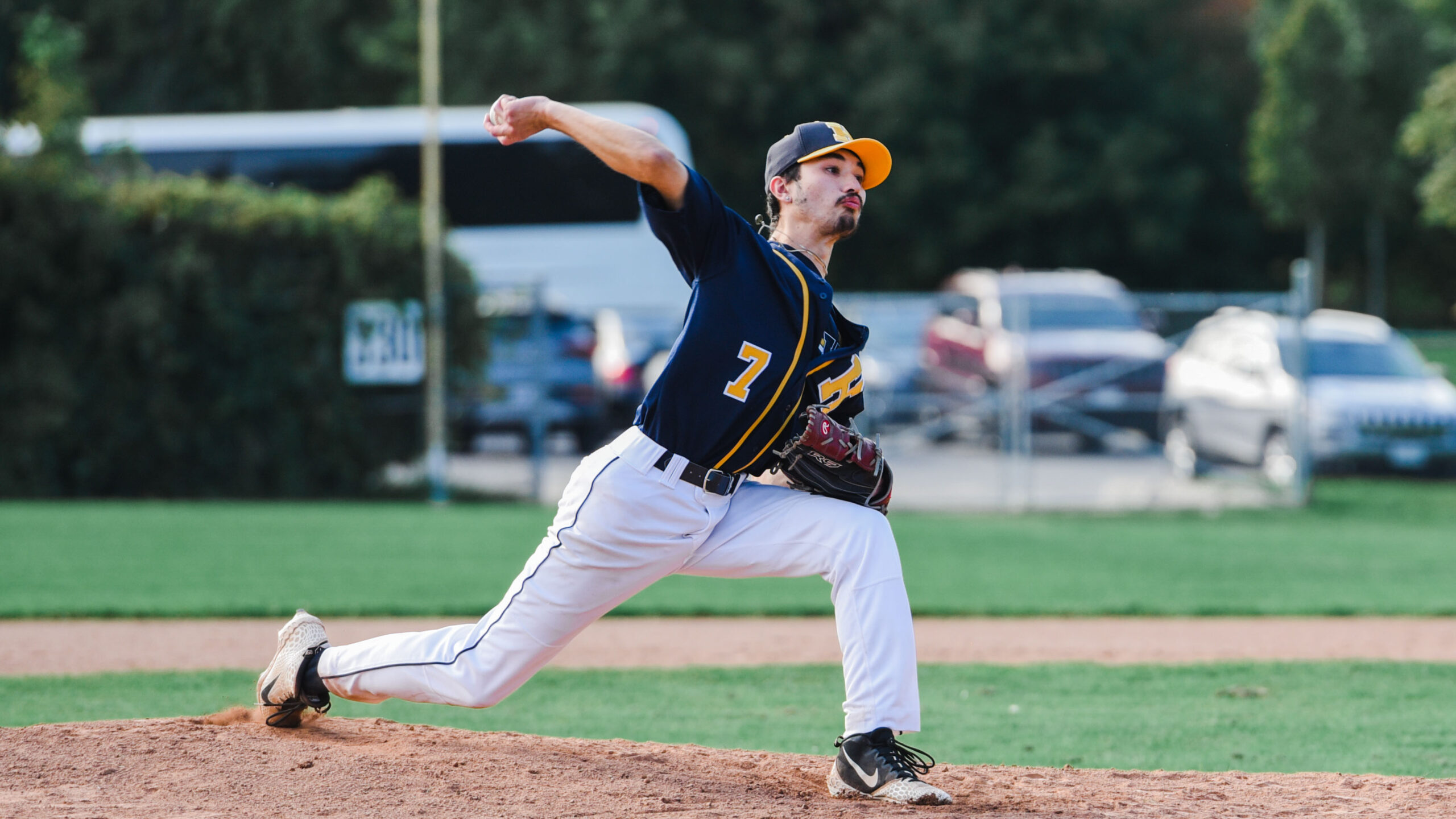 A record-breaking start to the season by the Humber Hawks baseball team came to an abrupt end Oct. 2 when they lost both ends of a doubleheader to the Seneca Sting.

“Losing happens, even to the best of teams, especially in baseball,” Humber head coach Troy Black said. “What matters most as coaches and as athletes is how we bounce back.”

The Hawks, who had scored 96 runs in their first six games, struggled at the plate against Seneca’s pitching, losing 5-2 and 6-0, the first time they had been shut out since 2018. As well, a usually stingy pitching staff had given up only 11 runs over the first six games, surrendered the same number in the two contests with the Sting.

Black said the lack of hitting was critical.

“Timely hitting is so key, especially when playing seven-inning games,” he said. “Sometimes all it takes is one big hit in a big spot to open the floodgates a little and get everyone going.”

“Seneca has an aggressive lineup and they made our pitchers battle the entire series,” he said.

Pitcher Jayke Wong said being swept will motivate the team.

“I think after the reality check we got against Seneca, we’re going to come back harder,” Wong said. “The pitching staff is still pretty confident, and we know that we have the ability to keep teams at a low enough score to put our offence in a good spot to win games.” 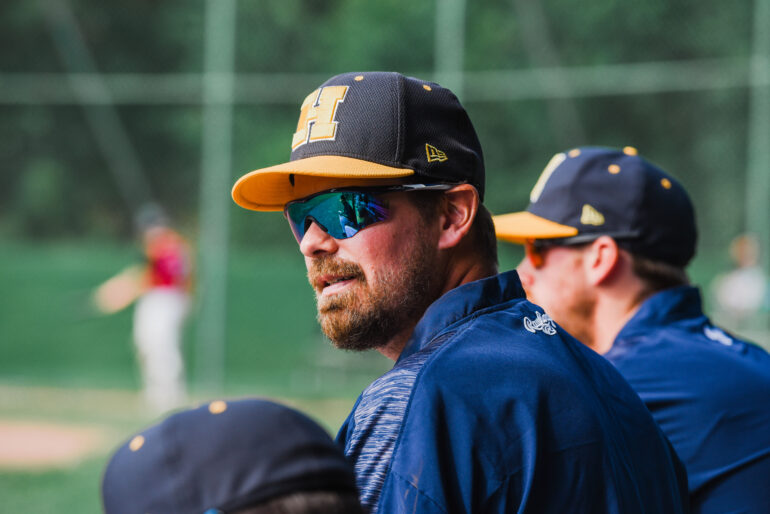 Pitching coach Kyle Hill watching on during the Oct. 2 doubleheader against Seneca. The Hawks lost both games. PHOTO CREDIT/COURTESY OF HUMBER ATHLETICS

“We pitched well given the situations,” he said. “Sometimes you don’t get the result you want. That’s baseball.”

The losses dropped Humber’s record to 6-2 and the Hawks fell to second place in the OCAA West Division, behind the division leading 8-1 St. Clair Saints, who they play Oct. 8 at Connorvale Park in Etobicoke.

The Hawks have won seven of their last 10 games against St. Clair’s club.

“The St. Clair rivalry will always be there, we know they are going to have a strong team,” Hill said.

“The games against Seneca demonstrated the need for everyone to contribute and the pitching staff will be ready,” he said.