Humber baseball rises to college excellence with an undefeated record 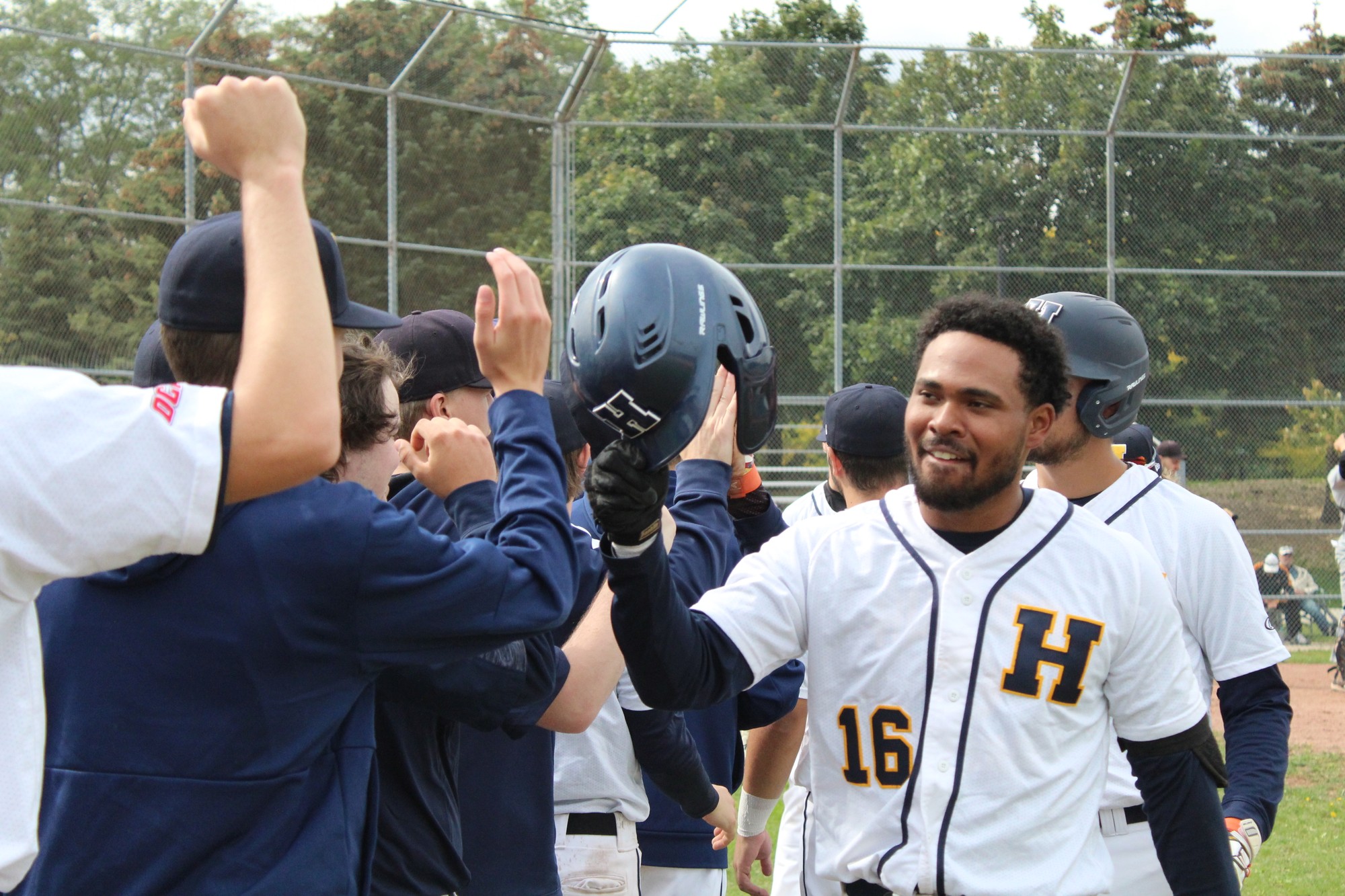 In the world of varsity athletics, praise doesn’t come much higher than what head coach Troy Black, who played in the NCAA in the United States, has to say about the Humber College baseball program.

“I played Division One athletics,” Black said. “And I say this to the guys all the time: when it comes to the support and resources that you have here, it rivals what you’ll see in a lot of those schools.”

Black knows what he’s talking about. He was an infielder at the University of Maine who over four seasons earned two All-American second-team selections and boasted a .344 career batting average.

At Humber, this season is off to another fine start, with pitcher Dalton Brownlee, an Ontario Blue Jays star, throwing a no-hitter and striking out 12, leading Humber to a 19-0 blowout victory over the Lambton Lions on Sept. 19.

Indeed, the team is heading for a blowout season, so far scoring 108 runs in eight games — including a 31-4 romp over Centennial Colts on Sept. 25 — but allowing only 23.

Much of the credit for the remarkable rise of Hawks baseball rests with Denny Berni, who established Humber’s program eight years ago. In those years, Humber has an all-time record of 118-56 with a national championship in 2019, two OCAA championships, and six OCAA medals.

“We wanted a program that students would feel excited about coming to,” he said. “We always tried to give them the best baseball experience possible.

“I believe we always thought the program was just going to get better and better,” Berni said. “Humber always had a great reputation for athletics, so the template was set.”

The program’s success made Humber an attractive destination for elite players and for transfers from other schools. Its quality is why Humber players tend to stay for most years of their eligibility and why many become coaches after they graduate.

“He was with us in his early years and you can see he had some real power potential,” Berni said. “As he got older, he became an even better hitter, so it’s not that surprising.”

The Hawks so far have won all of their games and have a perfect 5-0 record as they sit on top of the OCAA West division with St. Clair College close behind.

Black has confidence in his team but wants them to play it safe. “One game at a time. When it comes down to baseball especially tournament time it’s about being at your peak performance, no matter what your record is you got to show up and perform,”