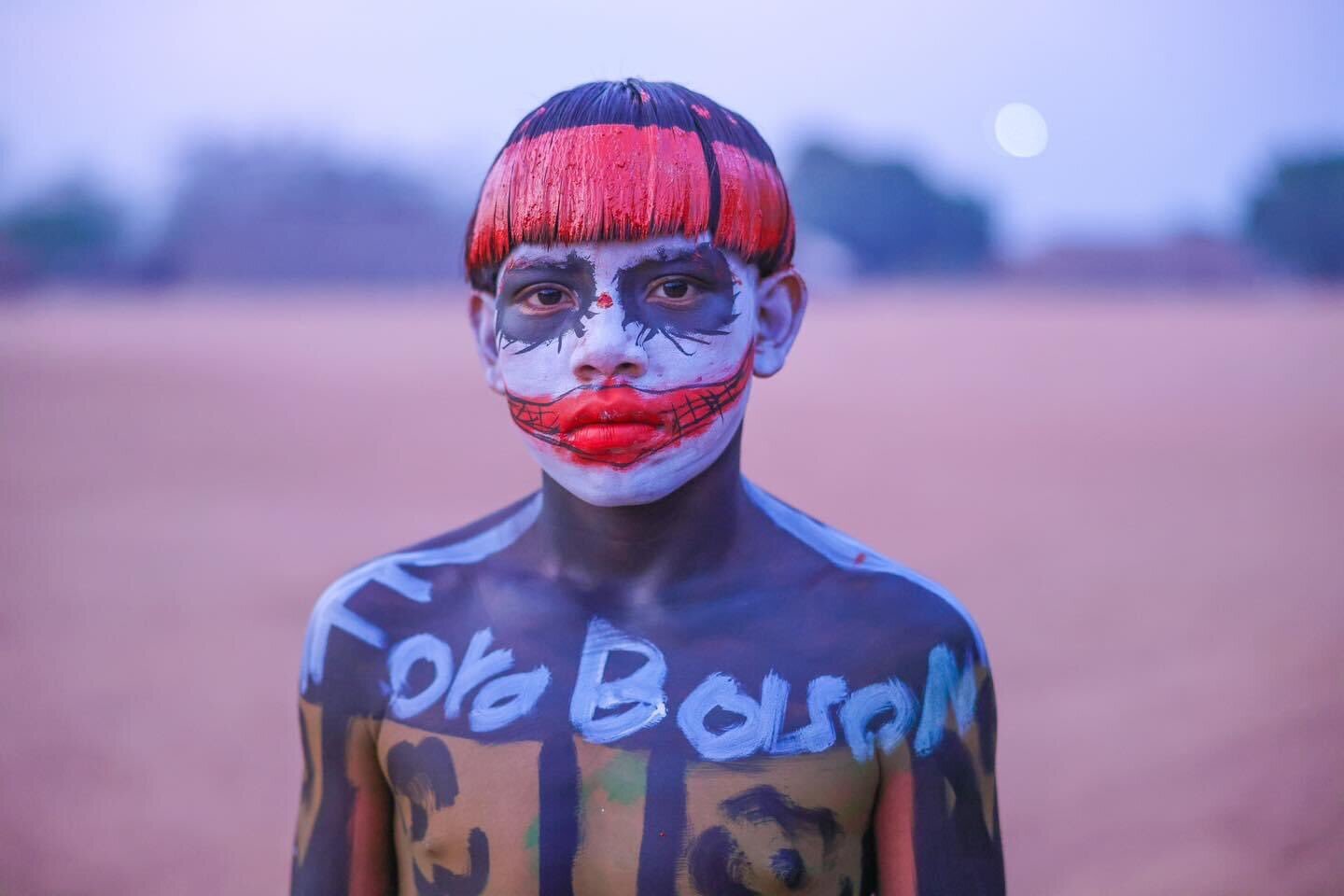 The so-called “Time Frame” is an action by the Federal Supreme Court of Brazil that limits land claims by Indigenous people. For Andre Baniwa Hipattairi, it feels like a movie he’s seen before.

“The feeling is to see history repeating itself in a loop, once again having the same rights being denied and witnessing the same regressions happening,” said the leader of the Baniwa people, who live in the Amazon Region near Brazil, Colombia and Venezuela.

This is how he defined the discussion about the Time Frame, a proposal defended by right wing União Democrática Ruralista party that also has the support of the Jair Bolsonaro government.

The Time Frame, before the Federal Supreme Court, said Indigenous people can only claim lands they occupied on Oct. 5, 1988, when the Brazilian Constitution was enacted.

Indigenous people, however, were present long before the creation of the Brazilian state, claim to have an “original right to the land.”

The Second National March of Indigenous Women began in the capital Brasília to protest against the Time Frame on Sept. 7. About 4,000 leaders of 150 ethnic groups from various regions of the country joined 1,200 Indigenous people who had been camped in the Federal District since Aug. 24.

Protesters said the Time Frame ignores the rights of people who were expelled from their lands when the federal Constitution was enacted, or who have been displaced due to urban expansion. They demanded recognition of their rights and the preservation of their culture.

Karibuxi, an anti-colonial Indigenous activist well-known on social media, was present for almost a month in Brasília, at the Acampamento Luta pela Vida and participated in the march of Indigenous women.

“The Time Frame…hurts the constitution itself and the international treaties to which Brazil is a signatory, such as Convention 169 of the International Labour Organization (ILO),” Karibuxi told Et Cetera.

Bolsonaro’s government has openly anti-Indigenous agendas, and its management has affected native people in several ways.

“In Indigenous territories, since Bolsonaro was elected, invasions have increased a lot,” Karibuxi said. “Many leaders and guardians of the forest have been killed, such as Emyra Waiãpi and Paulo Guajajara, and Indigenous schools have been set on fire.”

If approved, the law will make it difficult to demarcate already scarce Indigenous lands, which currently constitute only 12.5 per cent of the national territory. These are mostly concentrated in the northern region, in the so-called Legal Amazon.

“We still have no new lands being demarcated, which was a promise of his electoral campaign, in addition to the constant attacks on us Indigenous peoples in the national and international media,” Karibuxi said. “Racism against us runs rampant.”

“And still they keep killing the guardians of the forest.”