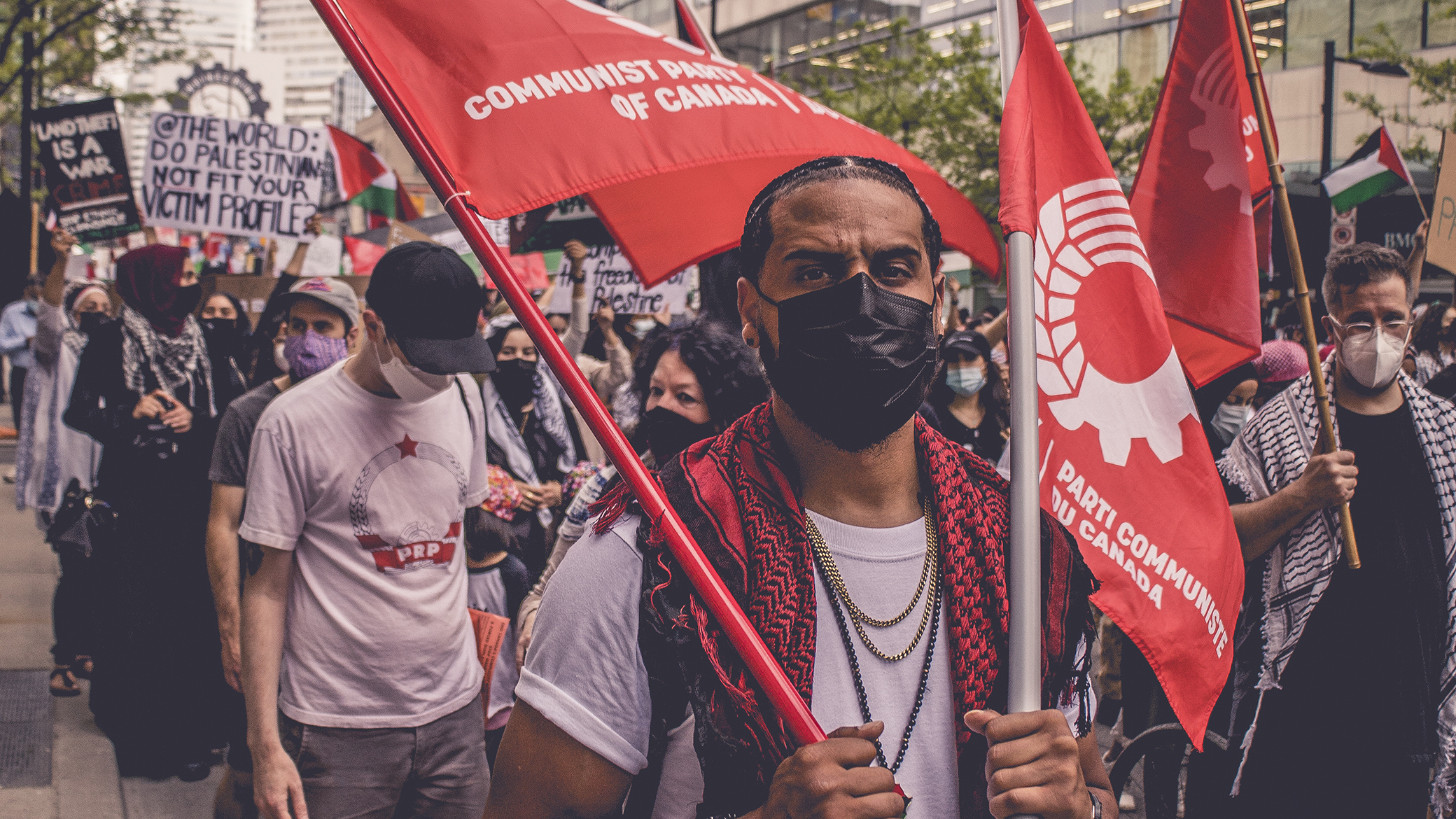 Sam Gindin says he senses something stirring in the widespread dissatisfaction with economic inequity and political ineffectiveness.

“There is something in the air, people are interested in this question of communism,” said Gindin, a retired research director at Canada Auto Workers and professor of political activism at York University. “This hasn’t happened for generations.”

Gindin noted that “Communism isn’t something against individuality, it’s a recognition that to be a full individual, you need collective solidarity and support.

“I just came to the conclusion that capitalism wasn’t the highest possibility for human beings,” he said.

He sees a new dawn of politics on the rise in the far-left party with Syriza in Greece, and of Senator Bernie Sanders in the United States, who’s wide popular among the young.

“There’ll be ups and downs, we’ll lose things, look like we’re winning at some points then we might have setbacks,” he said. “We have to believe human beings are more than just consumers.”

Elizabeth Rowley, leader of the Communist Party of Canada, joined the party at the age of 17 in 1967 and hasn’t looked back. 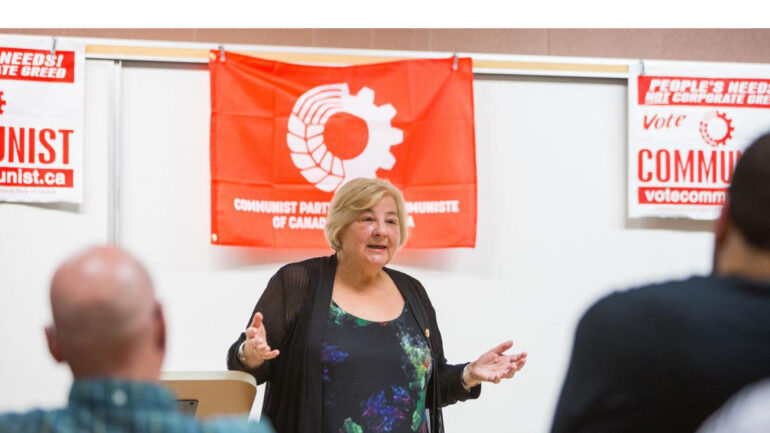 Elizabeth Rowley, party leader of the Communist Party Of Canada, joined the party in 1967 and was the party’s youngest candidate in the 1972 Federal election. CREDIT/ COMMUNIST PARTY OF CANADA

She remembers being hosed down by authorities while protesting with university classmates against tuition increases.

“Young people at that time really thought they could change the world and I was one of them,” she said.

Rowley noted the struggles of contemporary youth mirror those of her own generation.

“I think the aspirations are the same but the conditions are very different, much harder for young people today,” she said. “But I have a lot of confidence in young people, I don’t think that they’re any less willing to fight for a better future.”

The party celebrated its 100th anniversary this year, a history that brought forth countless union leaders, freedom fighters, and an elected member of the House of Commons, Fred Rose, yet their origins were far from celebrated.

Communists were infiltrated, raided, and jailed for decades, beginning with the War Measures Act of 1914 which gave the government the power to detain anyone thought to be a communist sympathizer.

“In the 1920s and 30s it was important for the capitalist countries to make communist parties illegal,” Rowley said. “They saw the danger in our ideology.”

Today the party is much smaller, collecting only 4,700 votes in the 2021 election, but never losing hope. That low support won’t get a Communist member into the House of Commons, but younger voters are looking for a change.

A Leger-Postmedia survey between Aug. 20 and 21 — before the recent federal election — showed Canadian voters aged 18 to 34 tilted towards to the democratic socialist New Democratic Party,

“The last two years we’ve had a growth in our ranks, it’s a reflection of the capitalist system that strives at the expense of working people and they’re waking up to that,” Rowley said.

Anna Di Carlo’s Marxist-Leninist Party of Canada was founded in the 1970s by students disillusioned by a system that failed them.

“The goal was to create a mass democracy, everybody that wanted to participate in the organization had to be part of decision making, they had to be informed,” Di Carlo said. 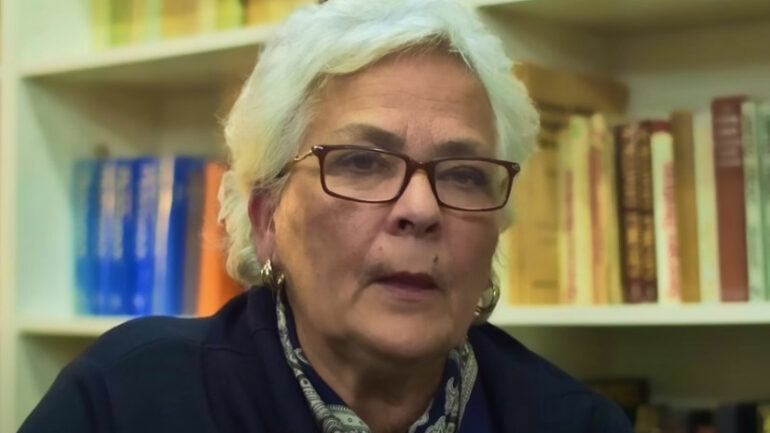 Anna Di Carlo, party leader of the Marxist-Leninist Party, runs on the platform of changing the direction of the economy and distributing more money to social services. PHOTO CREDIT/MARXIST-LENINIST

“What’s going to solve the problem is for young people to put forward their demands and build an organization that will realize those demands,” she said.

One of the beliefs of the Marxist-Leninist Party is the rejection of party government as a whole.

“Political parties have been taken over by big monopolies and corporations, they’re not organizations that involve the people anymore,” Di Carlo said.

“When we sum up what we accomplished, our conclusion is always, well we have our dignity,” she said. “Our commitment is to fighting for a better world, and you can’t have much more.”