Being Muslim goes beyond religion and society’s misperceptions 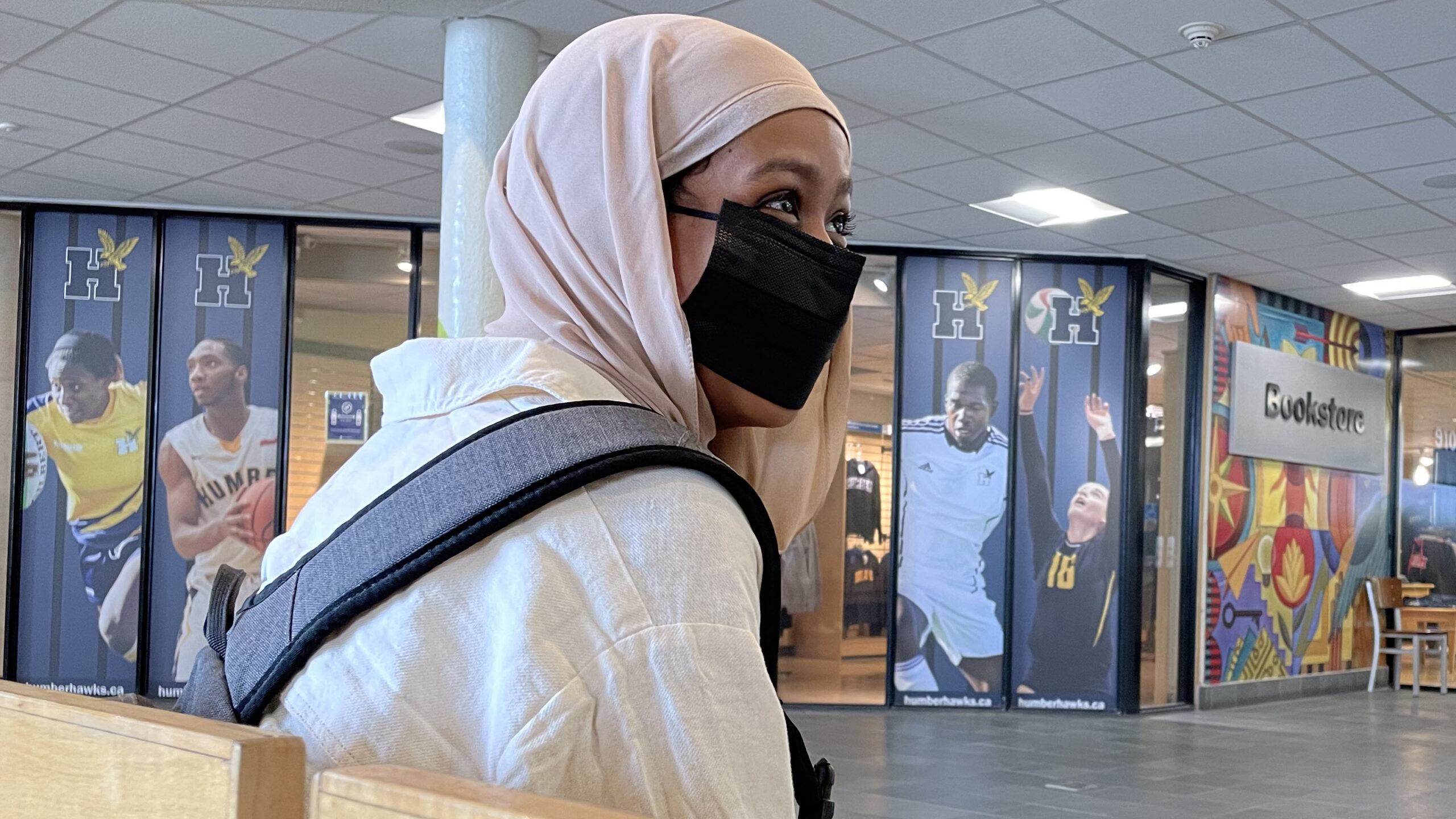 Nilufer Gulfem, a Humber College student, says she finds being a Muslim difficult in North America.

The Humber College student said being a Muslim in North America is hard, that it’s “heavier than a backpack filled with bricks.

“You feel the urge to prove that you are more than your religion,” Gulfem said.

Chowdhury and Rana went over misconceptions that can cause Islamophobia within Canada. Both panellists exchanged thoughts with the 92 webinar participants on current expressions of Islamophobia in political, post-secondary and social settings. The webinar wrapped up with resources to extend awareness on the issue, equipping its attendees to act against Islamophobia.

Gulfem, an advertising and graphic design student from Kazakhstan, is among more than one million Canadian residents who identify as Muslim. For Gulfem, this goes beyond her religious practices and beliefs, and is expressed in daily acts of kindness, help and service.

“Islam is something beautiful that would never hurt anyone,” Gulfem said.

Research provided by the Noor Cultural Centre suggests more than half of Canadians have an unfavourable view of Islam than other religions, believing it oppresses women and promotes violence.

Statistics Canada data on police-reported hate crimes shows that since 2009 there has been an overall steady increase in anti-Muslim attacks. The 52 cases reported in 2010 were nearly doubled to 99 victims by 2014, reaching even a larger number in 2017 with 349 cases.

Last year, one in five victims of religiously motivated hate crimes was Muslim.

An anti-Muslim crime shocked Canada last summer, when four members of a Muslim family in London, Ont., were killed, and a 9-year old boy was injured, by a pickup truck driven by a man police say targeted them.

A national summit on Islamophobia took place afterward, where the government committed to education and outreach aimed at improving understanding.

But violence, verbal assault and vandalism aren’t the only expressions of Islamophobia directed at the Muslim community.

“Discrimination, prejudices, and biases [are happening in] our schools, in our family gatherings and our places of worship,” Rana said.

Tackling these daily forms of Islamophobia is for Chowdhury the path towards counteracting this issue.

“We need to listen to the narratives people want to tell, not the one we have been taught or want to hear,” he said. “Look closer, listen harder.”

“When I wear hijab, I feel like I am protecting a diamond that only the people that I allow can see, and that makes me feel special,” Gulfem said.

Quebec’s Bill 21, restricting the wearing of religious symbols by public-sector workers, invites prejudice against Muslims and other minorities. The webinar also classifies the bill to deter Muslim women’s rights by forcing them to undress.

On the matter, Osama Rkieh, a Humber College film and media production student, said, “liberation is achieved when women are free to wear a hijab just like Christians are free to wear their cross.”

Too often, Muslims are portrayed in media and popular culture as being “uneducated, terrorists and close-minded,” Rkieh said.

Gulfem said non-Muslims often treat Muslims with suspicion and distrust, and “sometimes people are timid to talk to me or get close to me, which is sad.”

She said the path to understanding leads through conversations such as the webinar.

“I am glad it is discussed openly in Humber because the problems won’t go away without talking about them and creating awareness.”