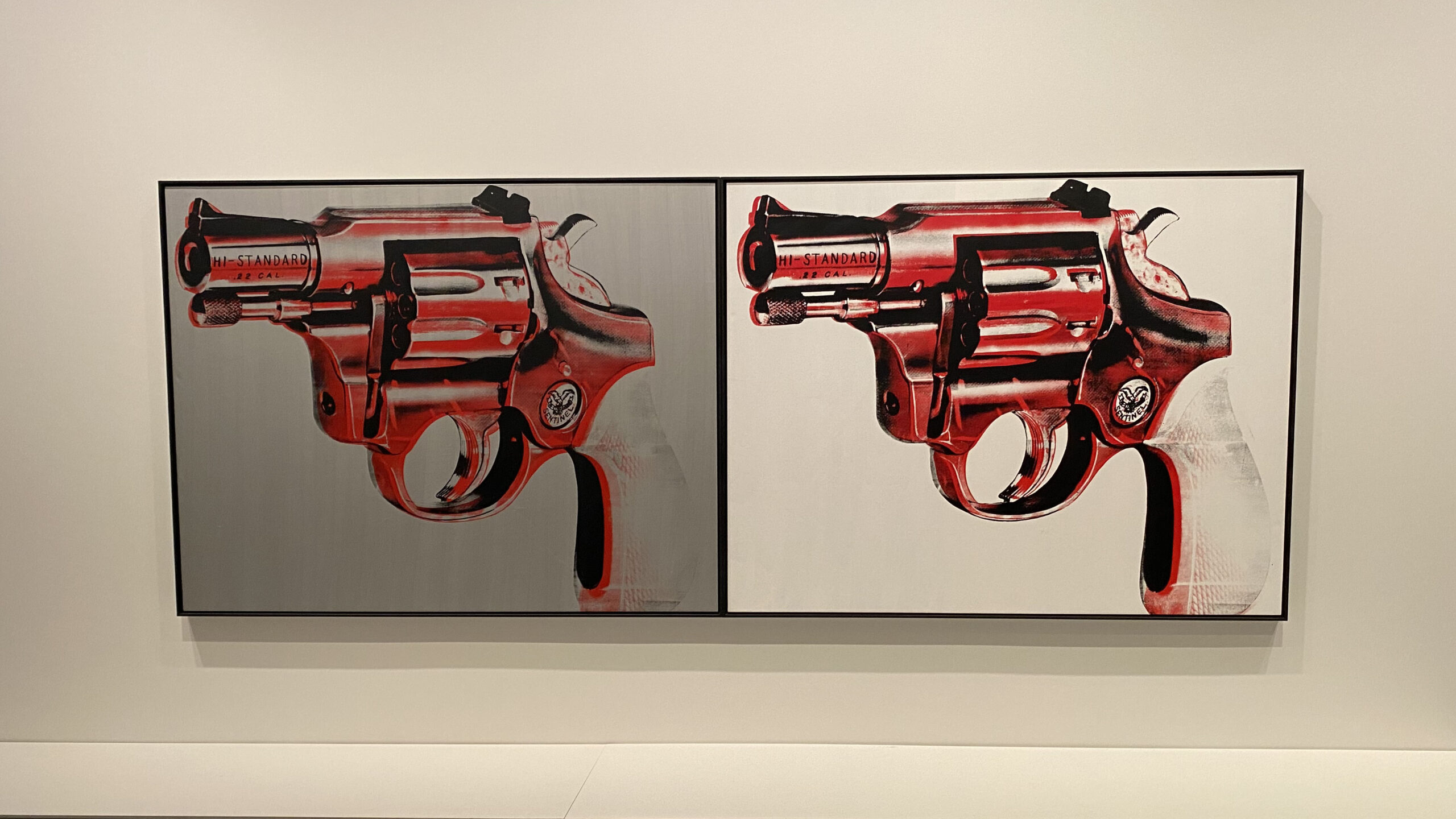 Gillian McIntyre knows that showcasing the art work of the prolific and eclectic Andy Warhol does not make for a typical exhibit.

“We tried to get beyond the mess, which is tricky with Warhol because he creates his own mess,” McIntyre said. “However, we got his incredible art from that.

“There were various influences in the exhibition and his work,” she said. “One was his parents being immigrants, him being gay in that era – which was differently perceived from now – and religion and death.”

His work ignored established restrictions, reflecting the seismic social and economic upheavals around the world from the 1950s until his death in 1987. In transforming contemporary art, Warhol used mass-production techniques such as silk-screening to make photographically derived art.

His recurring themes were the beauty and glamour of youth and fame, the passing of time, the inevitability of death.

Visitors are immediately struck with pops of colour and a ’60s flair, from Warhol’s signature Campbell’s soup can photographs to his spreads in Interview Magazine, which he co-founded in 1969.

Born in 1928 as Andrew Warhola, the artist grew up poor during the Depression in Pittsburgh (where the Warhol museum is now located) as a shy, gay, introverted child. His parents had immigrated to the U.S. in the early 1920s from the former Czechoslovakia.

Warhol fell ill when he was six and was confined to bed. His parents entertained him by teaching him how to draw, trace and print images. These skills shaped Warhol — who used that surname for the first time when he moved to New York City at 21 — into the artist that remains so recognizable today.

“I don’t know all of his work, but I do know some, like this one,” gallery-goer Jennifer Gamey said, pointing to Warhol’s Marilyn Monroe canvas portfolio from 1967.

Warhol had a huge fear of death, as illustrated in his work of art “Gun,” featured at the exhibit. That fear was not unreasonable. In 1968, artist Valerie Solanas was convinced Warhol was trying to steal her work. She went to his factory and shot him three times. Two shots missed but the third struck the artist.

“I think health is the most important thing in the whole world,” Warhol said later in an interview. “If you have health, you feel like $1 million.”

This is the second time the AGO has shown a Warhol exhibit — the first was in 1998 — and the current show takes a different theme and offers museum-goers different pieces of his work.