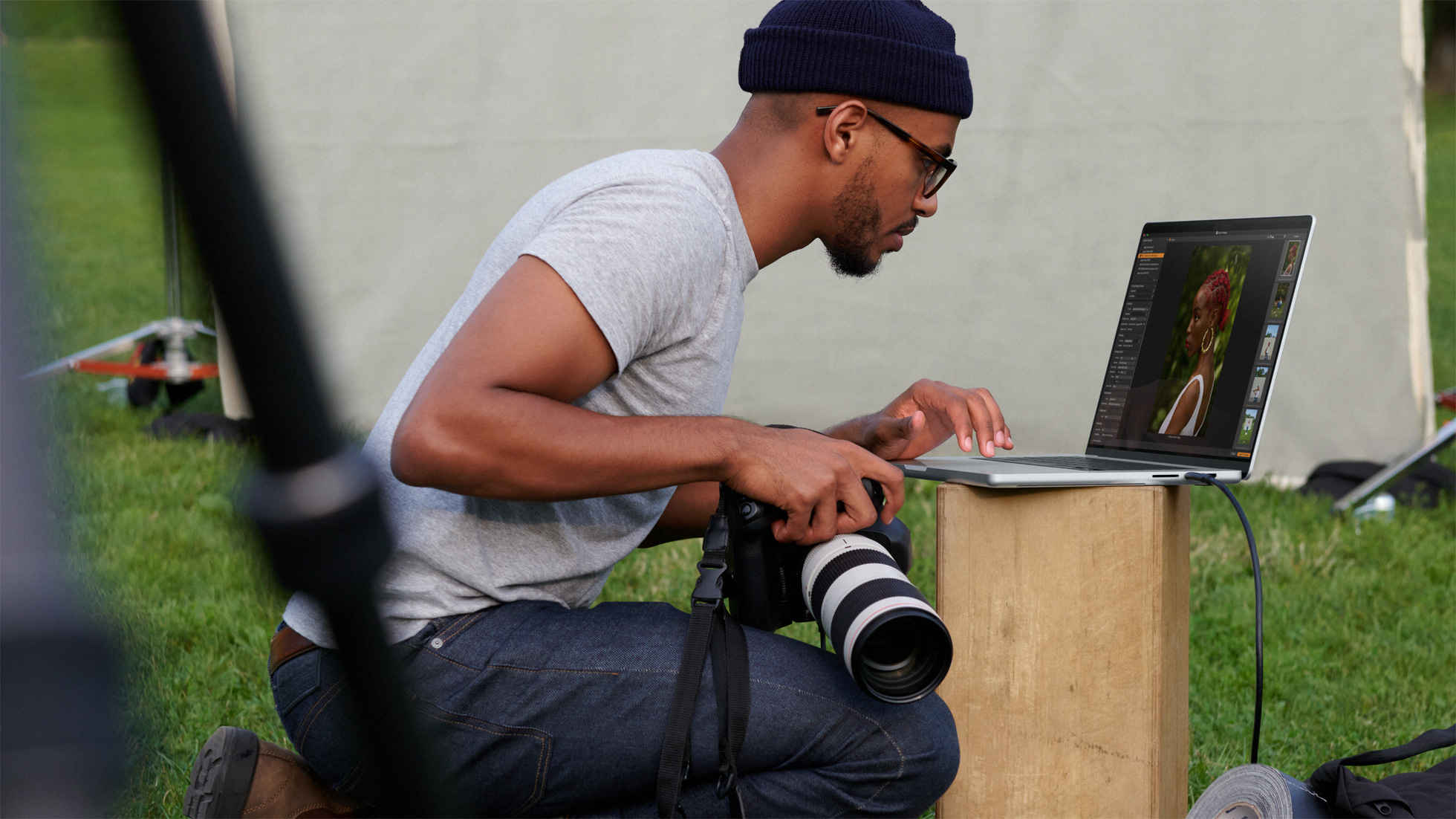 Mac is bringing the SD back.

Apple brought the world the next generation of personal computing more than 20 years ago and this week the latest iteration of its pro laptop line is poised to take the professional computing world by storm.

The richest by market capitalization company in the world revealed 14-inch and 16-inch editions of its new MacBook Pros on Monday, complete with massive two-terabyte storage options and advanced versions of its self-made silicon chips first introduced last year.

“The new MacBook Pro simply has no equal and is by far the best pro notebook we’ve ever built,” Greg Joswiak, Apple’s senior vice-president of Worldwide Marketing, said in a statement.

The MacBooks feature a new screen — already controversial for its included iPhone-style notch — that is both a higher resolution Liquid Retina XDR display and is capable of up to a competitive 120hz.

Mac designers opted for a two-tone design, with the keyboard inset entirely black, contrasting with the industrial gray or silver finishes that continue with the new generation laptops.

What has risen to be the favourite set of external features — returning after five years of notable absence following years of complaints — is an SD card slot.

“I feel like bringing back expansion slots is a huge thing,” Luis Morales, an audio engineer in Arizona told Humber Et Cetera.

“Yes, it is a return to the old style but, to be quite honest, I’d choose usability versus streamlined,” he said.

He told Humber Et Cetera the return of the SD, HDMI and MagSafe ports to the Pro line will make it significantly easier for creative professionals like himself to use the MacBooks as useful tools.

“It will be so nice, because those dongles, they break, they fail, they disconnect,” McGowen said, referring to adapters needed for the previous generation.

Despite the external upgrades, the headline feature of the new Pros is what’s found on the inside.

The M1 Pro and Max built on the first Apple-made CPU released last year in its entry-level MacBooks.

The flagship M1 Max doubles the already competitive performance of the original M1 with an up to 10-core processor and 32-core graphics chip comparable in power to that of a high-end gaming graphics card.

McGowen said the processing power of the latest Apple chips is just a continuation.

“Apple silicon has been really good for many years,” McGowen said. “I’m definitely looking forward to the three but also whatever is coming down the line.”

Apple also unveiled on Monday its third-generation AirPods, continuing a popular wireless earbud lineup. A variety of new HomePod mini colours were rounded off the presentation.

October’s Apple Event marked only the latest reveals for the $2-trillion-value U.S. company amid a very busy year of releases.

In September, its annual iPhone update revealed the iPhone 13 and 13 Pros. The redesigned edge-to-edge iPad mini was handed off to the public. AirTags, a new Apple TV and a new Apple Watch 7 have also made it to shelves.