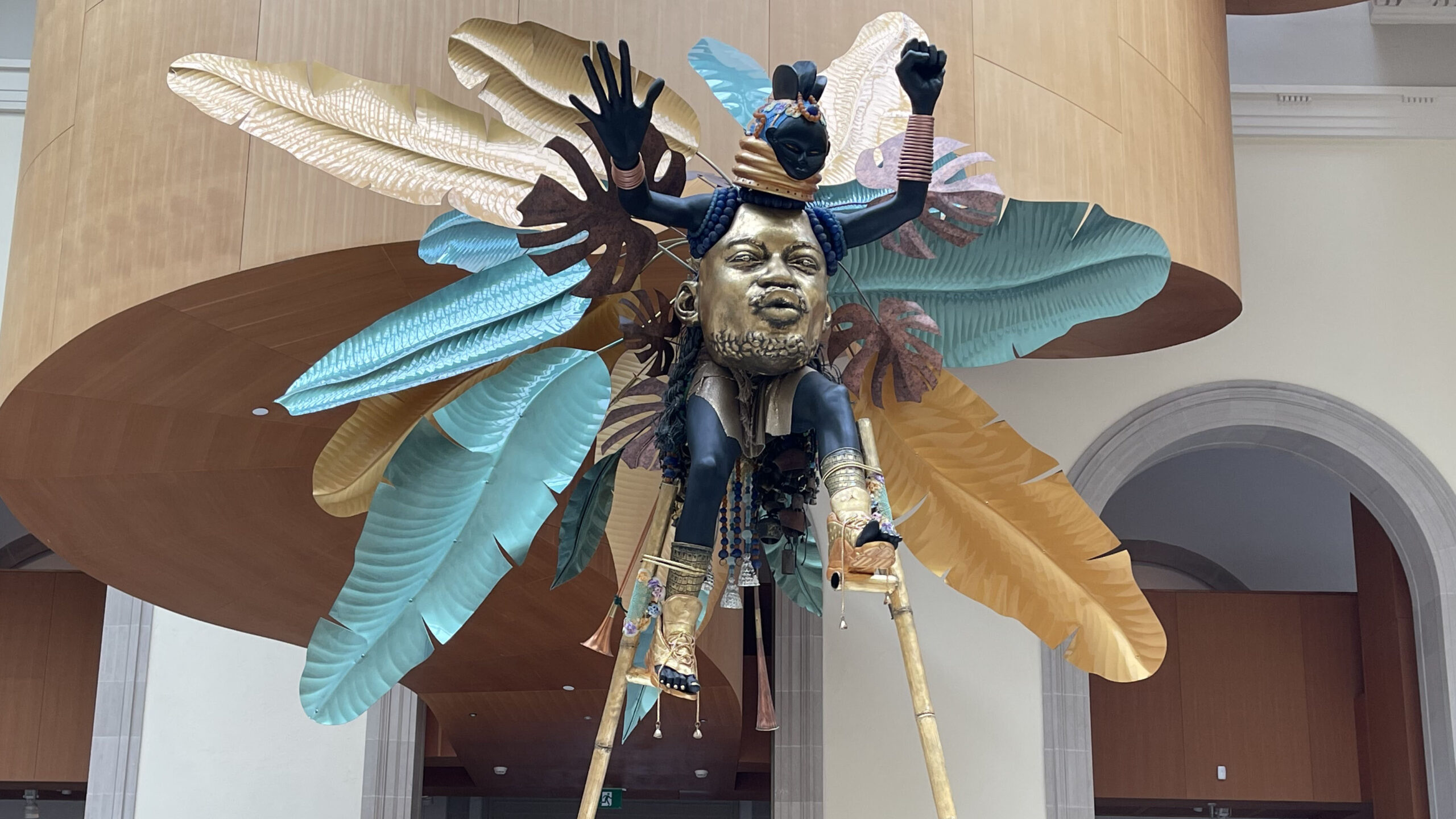 Chatter filled the air inside the Art Gallery of Ontario recently, with a Picasso display of works from “Painting the Blue Period” and the Andy Warhol exhibit seeming to draw the biggest crowds.

But it might have been the “Moko Jumbie” — a sculpture created by British-Trinidadian visual artist Zak Ové, mimicking traditional Trini-carnival practice in modern attire — that drew the biggest “wows.”

“That sculpture where the artist turned the basketballer’s stomach into a face was epic!” said Nesta Golding, an international student from Jamaica.

The AGO’s new department of Arts of Global Africa and the Diaspora has created a colourful exhibit called Fragments of Epic Memory, portraying Caribbean Art from the period following emancipation through modern day.

Golding said it is his first time in Canada “and I am pleased to see that our art is on display – not to mention the ’90s dancehall cinematographic.”

Some visitors had mixed emotions, however, about the AGO’s diversity and inclusion plan.

“I only feel represented once a year or whenever they have a special display,” Byron Steve said.

For her part, Bunmi Adeoye, a senior vice-president at the Toronto public relations firm Proof Strategies, said she felt “excited about this initiative and what is to come for the future of Caribbean and African art.”

Adeoye was standing at the exhibition entrance, where Dominican artist Firelei’s colourful work called “Adjusting the Moon” stood beside a three-dimensional turquoise blue hallway that onlookers described as heavenly.

“My favourite was the display with the lady at Trafalgar Square in the blue coat feeding pigeons,” she said.

Sandra Brewster’s “Feeding Trafalgar Square” appeared to be a crowd-pleaser as many people carefully studied the display before moving along.

“Since I got out of the lockdown, this is my first time at the AGO, and I am pleased,” Adeoye said.

“However, it’s hard to know when you’re young about these art displays,” she said. “I implore the youths to take part since membership is free (up to) 25 years old.”

People wishing to experience this “epic memory” can visit the AGO’s website and book a date to visit and explore the more than 20 pieces on the gallery’s fifth floor.

The exhibition runs until Feb. 21 ending during Black History Month.