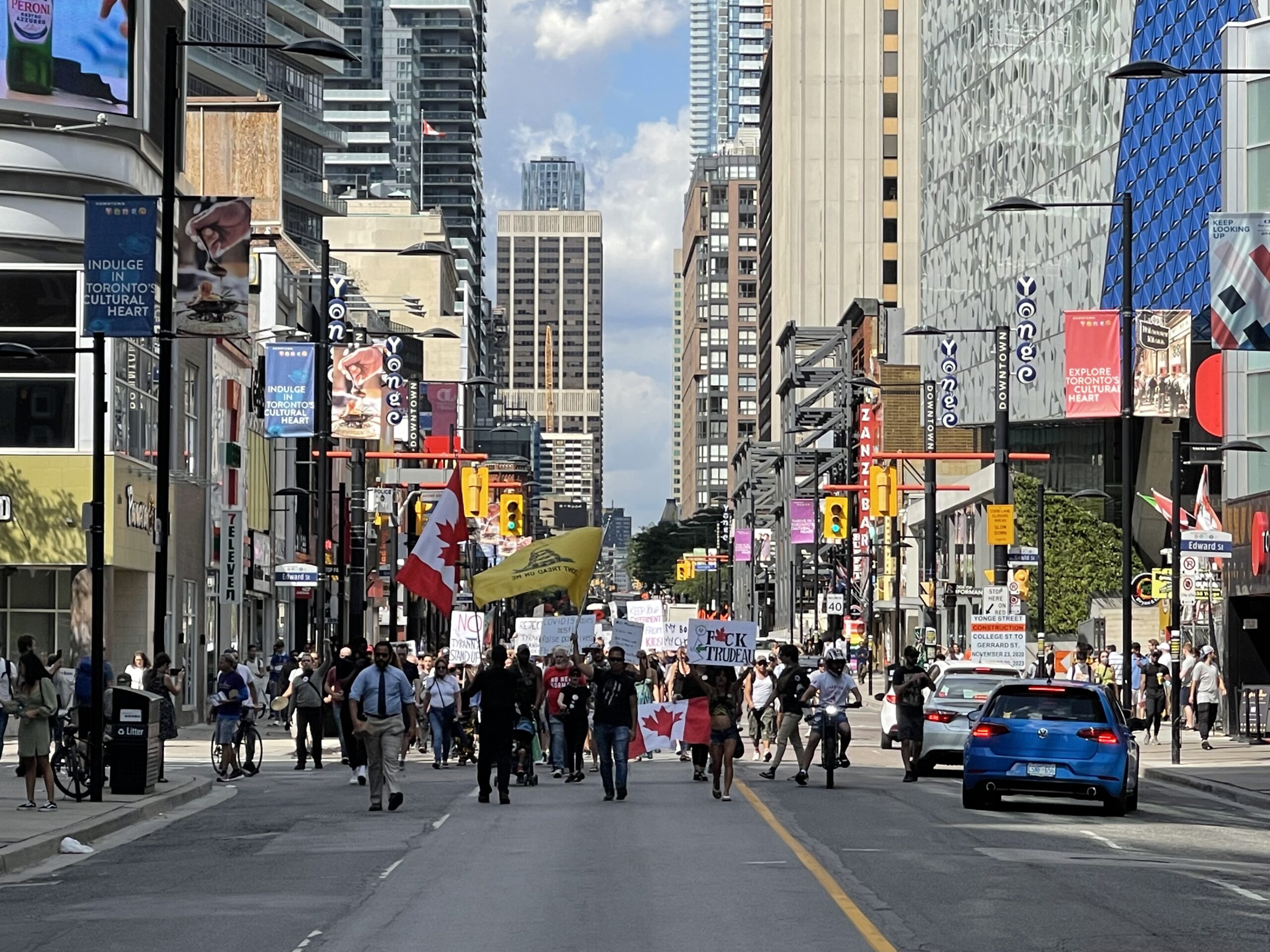 Veteran political experts found the campaign leading up to Monday’s federal election was defined by ill temper and venom.

“I’ve never seen protestors so angry before at their leaders,” Toronto Star columnist Susan Delacourt said. “I have travelled to almost every (Prime Minister Justin) Trudeau rally in Ontario for his campaign, and the stuff I’ve seen is really disturbing.

“At one rally I attended, outside the venue protesters were holding pictures of Trudeau, calling on him to be executed, and were yelling and cursing him off as he made his way out of his bus into the venue to speak,” Delacourt said.

“Calling on an execution of any political authority is unacceptable,” she said.

Canadians might have been exhausted, anxious, frustrated, or angry after 18 months of lockdowns, mask-wearing, social-distancing, and vaccinations. However, conduct that escalated from protest and dissent to violence earned a rebuke from all federal leaders.

Campaign signs were vandalized and torn down, campaign volunteers were assaulted, and one major federal party leader was egged. 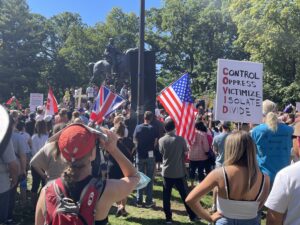 Trudeau received death threats and was verbally abused during the federal campaign. He was forced to cancel a campaign rally in Bolton, Ont., on Aug. 27 after a mob of angry protestors swarmed around his bus screaming and cursing at him.

A week later, gravel was thrown at him while he was boarding his campaign bus to leave a campaign event in London, Ont. An organizer with the People’s Party of Canada, who was fired after the incident, was later charged with assault with a weapon.

Paul Rhodes said such abuse rarely has the effect of its perpetrator’s hope.

Rhodes, an advisor to former Ontario Premier Mike Harris in the 1990s, said he wasn’t new to protests from his time in office.

“I support people’s right to protest but when they come into the face of a prime minister, that’s when they cross the line,” he said. “We couldn’t control the protests and their behaviour, but we just stood firm and carried on.”

“In Mr. Trudeau’s case, he has to just stand firm and carry on with announcing his policies and continue to please Canadians,” Rhodes said.

Randy Besco, a political science professor at the University of Toronto, said political leaders will inevitably make decisions that anger some section or other of the electorate.

“Protestors should use their privileges to protest wisely and not violate the law,” he said.