Retro makes a return to the mainstream 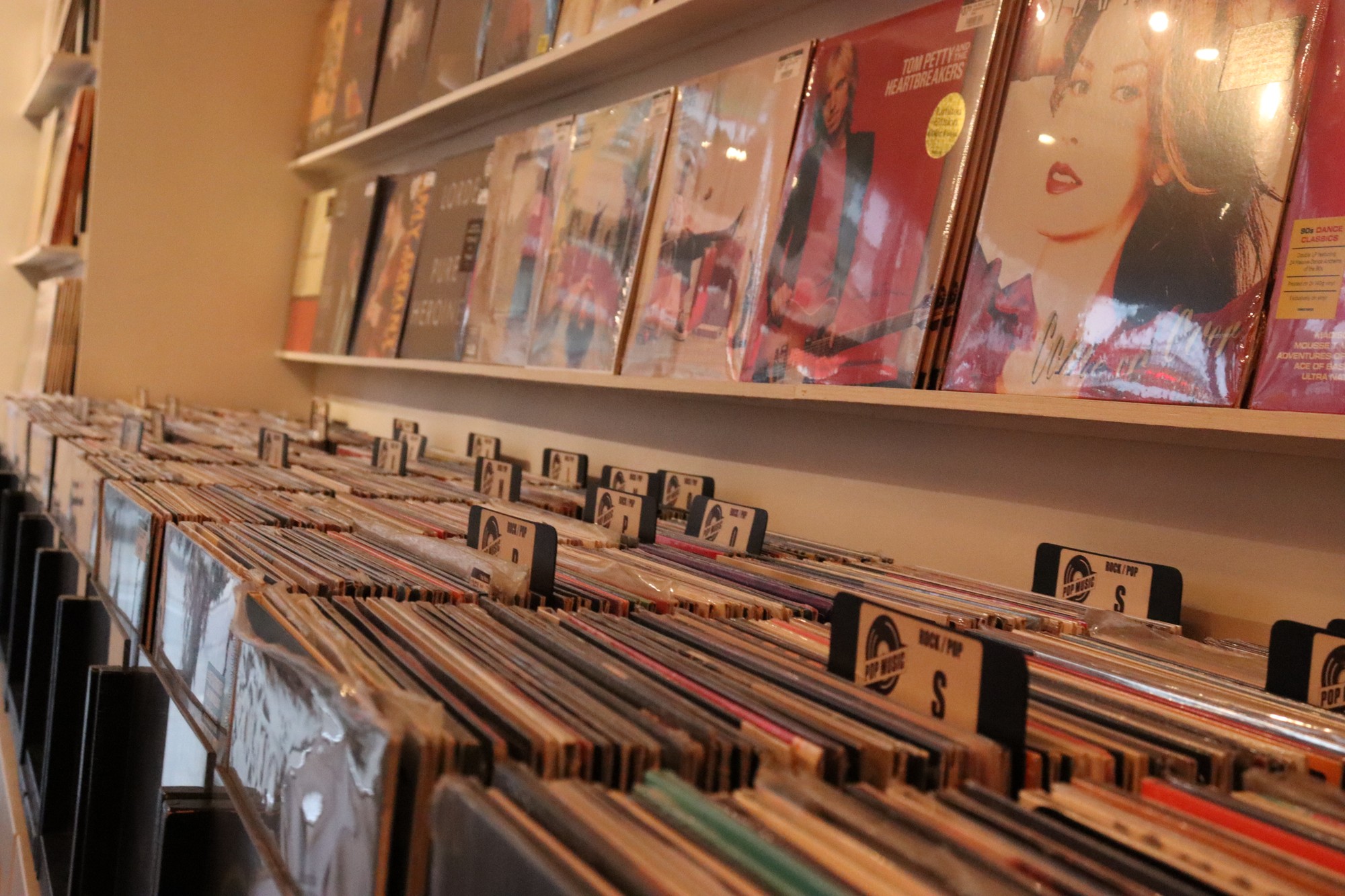 The renaissance of vintage fashion is about more than style, according to Stewart Scriver, co-founder of the Kensington Avenue shop Courage My Love.

“People are looking for something that’s real,” Scriver said. “They’re tired of malls where all the stores have exactly the same photographs. They realize the world is fake.”

When Courage My Love opened in 1975 on Cecil Street and Spadina Avenue, it was a different time, almost the height of the throwaway culture. Scriver said the head start aided in creating a tight bond with customers that now spanned almost 40 years.

“You could drive around every garbage at night and pick up Persian carpets and antique furniture off the street,” Scriver said. “We mostly filled the store with stuff we found in Goodwill, Salvation Army, and off the street.”

“Their kids’ great-grandchildren are just about ready to start shopping on their own here,” Scriver said.

His shop holds values that resonate with youth, such as environmental awareness, and he has a staff warned against the “hard sell.”

“Our employees are cautioned never to try to sell something to anybody,” Scriver said. “Help people, answer the questions, answer honestly, but don’t sell stuff because if people are happy when they leave the store they’re going to come back.”

Derek Antonio, founder of Pop Music, a vinyl and tees shop located on Gerrard Street East near Broadview Avenue, also finds himself in the middle of a revival these days as vinyl becomes ever more popular.

“There weren’t a lot of record stores on this side of Yonge and the ones that existed were very much vintage shops and kind of your dad’s basement,” he said. “I was more interested in offering a more inclusive space that catered to more commerciality.”

For years young people steered clear of vinyl shops, where it seemed a certain aesthetic and encyclopedic knowledge of obscure bands was required to enter. Pop Music offered an alternative.

“There’s a general feeling of not being cool enough to shop at certain record stores, and we wanted to abolish that and make sure everyone that came through our doors felt welcomed,” Antonio said.

“I think that vinyl has always been very kind of niche, it still is. What’s happening with vinyl is that the audience is getting younger and artists are releasing their albums on vinyl quickly,” he said. 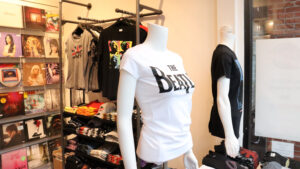 Just like the name suggests Pop Music has a selection of tees and other accessories like hats and mugs of a variety of musicians. PHOTO CREDIT/NATHAN ABRAHA

Popular artists such as Taylor Swift, Tyler the Creator, and Olivia Rodrigo have pushed the mainstream into a vinyl revolution.

According to MRC Data, vinyl sales in Canada are on track to sell beyond 1.2 million units in 2021 and for the first time since the ’90s, vinyl outsold CDs in Britain and the United States.

“There’s a lot of youthfulness to vinyl,” Antonio said. “There’s a major newness to it now and that’s driving interest from younger people.”

Rossie Kadiyska, program coordinator of the Fashion Management post-graduate program at Humber College, sees a relationship between sustainability and the revival of vintage.

“Thanks to climate change there is a renewed interest in sustainability that is more urgent,” Kadiyska said. “That’s why vintage is coming back, we don’t have a choice anymore.”

Humber is leading the way by opening up a sustainable fashion profile that’s been running for three years as part of its fashion program. And fashion is finding some of the answers to today’s pressing challenges in the products and practices of the past.

“We’re trying to educate leaders and game-changers in the industry,” Kadiyska said.