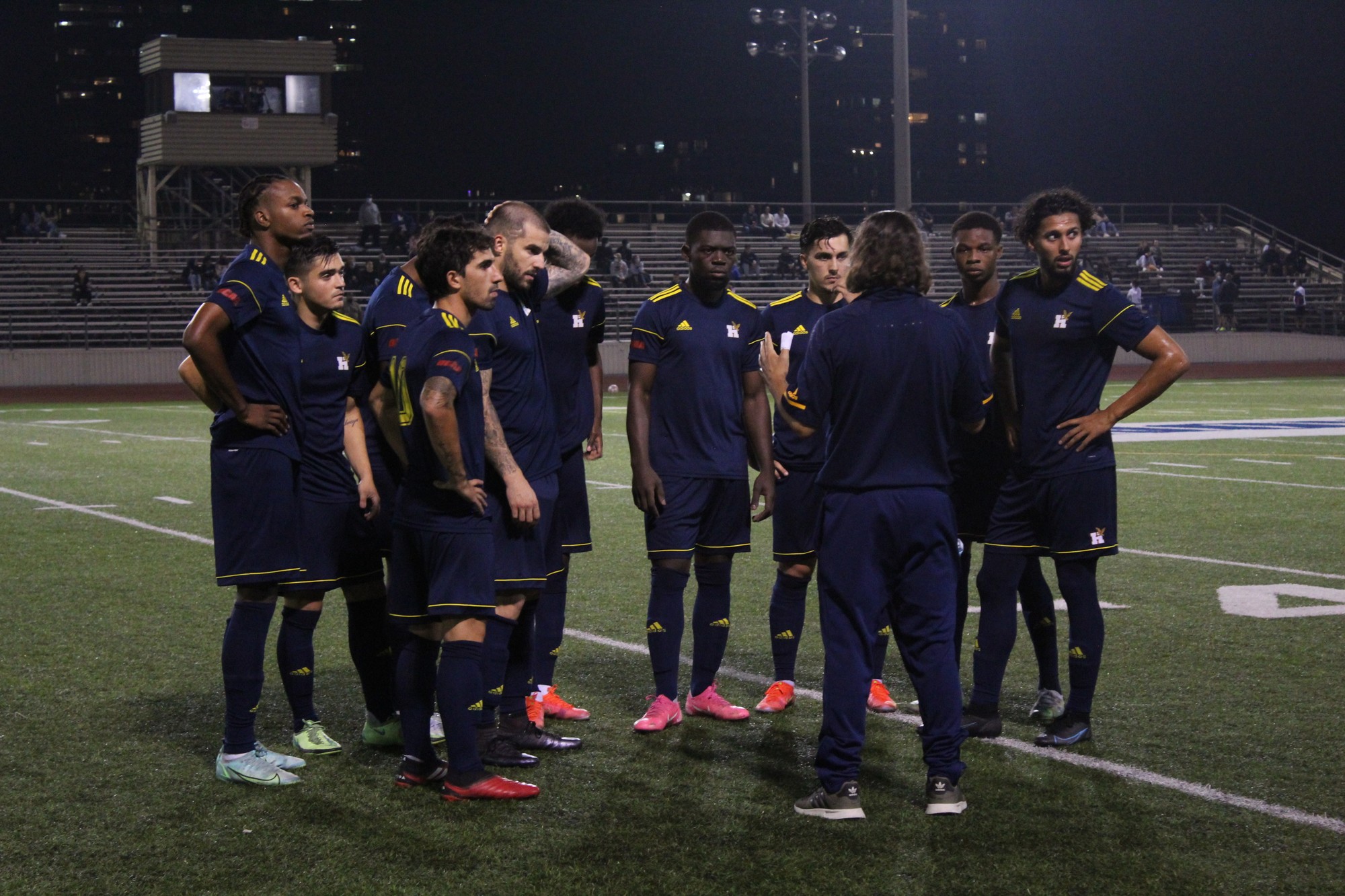 Now that college sports resumed after the COVID-19 layoff, Michael Aquino, coach of the Humber Hawks men’s soccer team, leaves no doubt about his ambitions this season.

“If we fall short of going to nationals, then it’s a disappointing season,” said Aquino, after his team rolled to a 6-0 opening-game victory over the George Brown Huskies. “So, A, we want to get there. And then, B, we want to see if we can win it.”

A key component of that plan is the return of star forward Marcos Nunes, who scored three goals in the Sept. 17 season-opener.

Aquino was happy with the team’s season opener and praised the new style of play the team ran.

“We stuck to our game plan for the most part,” he said. “We wanted to play possession soccer and play our style of game. We had a particular system of play that we wanted to introduce and play.

“And I think that fairly good job,” Aquino said. “There are some areas of improvement for sure. But it’ll come.”

Humber made another key addition along with Nunes, adding his former Toronto FC II teammate midfielder Luca Uccello, who was influential in the Hawks opening win.

When teammates heard about Nunes’ return to the team, they were ecstatic.

“When I saw they signed Marcos I was, like, holy another superstar!” said Raphael Owusu, a defender for the Hawks. “And they bring in Luca out of nowhere. it’s good to bring in players like that because it shows where this team wants to go forward.”

He then left Humber to play in Europe before returning to North America to sign a deal with the USL for Toronto FC II in 2015. He returned to Humber in 2016 where he helped the program win its sixth national championship.

The 29-year-old returned to Humber to finish his electrical apprenticeship and play out his final year of eligibility with the Hawks. He sees himself getting closer to becoming the all-time leading scorer in the program’s history. Humber Hall of Famer Jesse Calabro currently holds the current record with 43 goals.

Nunes shares his coach’s ambition for another national championship.

“This team’s a lot better but it has to be a team effort and everybody has to help each other out,” that’s how we won in 2012.”