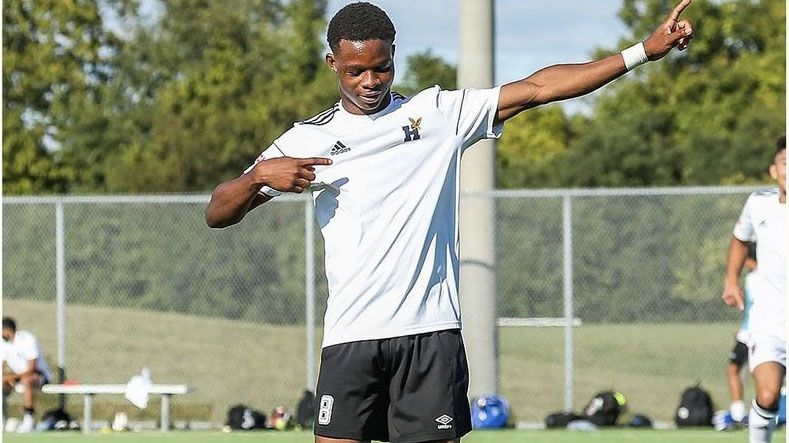 Ontario college sports resumes this semester after the long COVID-19 shutdown, and Humber Hawks’ soccer player Frederico Leal Suarez is just one of those student-athletes eager to let the games begin.

“We’ve got a really solid team this year and it’s really fun to be playing with these guys again and being around school is an exciting atmosphere,” said the midfielder.

Leal Suarez, a third-year athlete, hasn’t played for the Hawks since a tournament was cancelled on March 14, 2020, when the COVID-19 pandemic kicked in and emergency measures were ordered.

To the shock of Suarez and his teammates, this happened to be the day of the indoor provincial final. He received a call in the early morning of the final from one of the coaches who told him that it was cancelled.

Suarez, who grew up playing soccer, said the hiatus from sports took a toll on him mentally.

“I was alone, I wasn’t able to see my teammates, my coaches, my people for a very long time,” he said.

But now, to the thrill of Suarez, and athletes representing Humber in various sports, they have been given the green light to begin their seasons and tournaments.

The men’s soccer team had an outstanding pre-season, going undefeated and making a statement in their first game of the season with a 6-0 thrashing of the George Brown Huskies.

Leal Suarez was quick to recognize the staff for the work they put in behind the scenes to achieve these results,

“I’d definitely like to credit the coaching staff,” he said. “In terms of recruiting, they’ve done a really good job, they’ve really put out a solid team for us to compete and play with.”

He said the long break from soccer does not mean that players will be easy on themselves.

“Our standards in terms of competing as a team are never low, it’s a national championship year, we’re going for it and we’re going to win it and not take it easy on anyone.”

The same attitude is shared by coaches and players in other sports.

Omar Miles, head coach of the men’s basketball team who was hired in May 2020, is finally getting the opportunity to lead his team into an official season, has high hopes for his squad.

Miles, who played university basketball at Wilfred Laurier for five years and was an assistant coach for a year, believes in the importance of relationships with the team, often comparing his connection with the players as a sense of fatherhood.

“Before you ask guys to run through walls for you, you have to build an understanding, relationship and trust,” he said. “I think it’s for me to earn their trust rather than the other way around.”

After having the opportunity to host a training camp with his team in August, Miles described them as a hungry group that’s ready to compete.

His goals are high, with a seventh national championship for Humber on his to-do list.

“I never looked at basketball as pressure, because it’s what we do. I mean, I think life is pressure, no? But it’s what you do,” Miles said.

“You have kids, you have a wife, you have a family,” he said. “I mean, is that pressure or is that something that we just have to take care of? I think it’s life.

“So I look at basketball the same way as life,” Miles said.