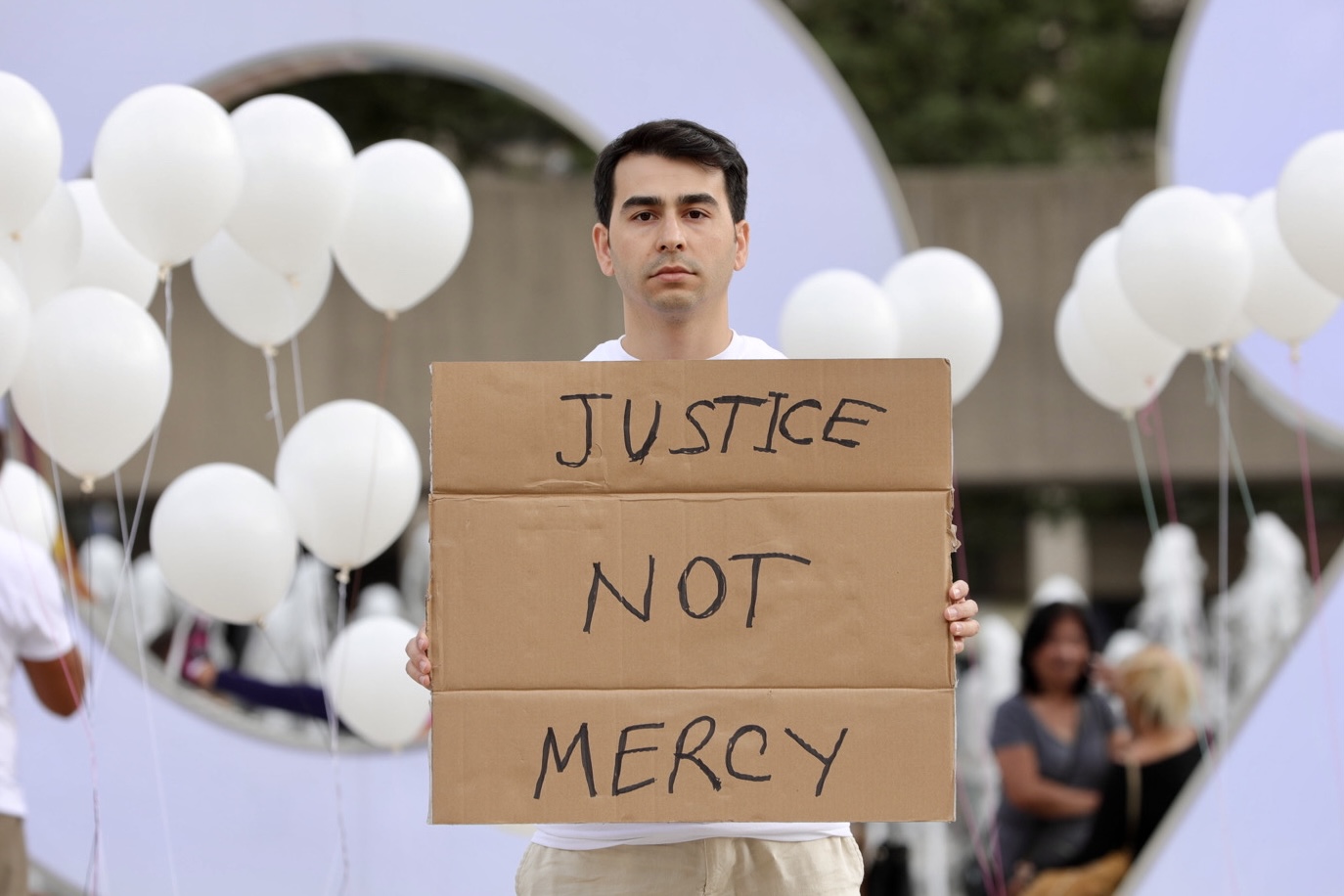 There was an alleged military coup attempt in Turkey on July 15, 2016. The veracity of that statement depends on whom one believes, and the country’s citizens are divided whether it was a coup attempt.

Kemal Kılıçdaroğlu, the leader of Turkey’s main opposition party CHP, called it “a controlled coup” suggesting Erdogan staged it to eradicate the growing number of opponents.

Nevertheless, after that night, tens of thousands of soldiers, police, and civil servants were dismissed or suspended from their jobs. Cadets from military, naval and air force academies were locked up with verdicts of lifetime prison sentences.

That night, during training, commanders of the country’s military schools told students they were assigned to a military exercise. Some of the students were provided with real ammunition, unlike in previous training, and some were informed there was a potential terrorist attack on the grounds.

A group of cadets were sent without their commanders to the Bosphorus Bridge connecting Asia to Europe. The students, who thought they were going to a training exercise, encountered furious civilians urged to the streets by the government of Recep Tayyip Erdoğan.

The angry crowd believed the students were on the bridge to stage a coup against Erdogan.

Normally, generals or commanders in the army attempt the military coup, not lowly cadets learning which end of a rifle to use. The civilians didn’t listen to the cadets, who were told to obey their commanders. The students did not fire a single bullet. Despite this, the cadets were locked up and sentenced.

That night two Air Force cadets Murat Tekin and Ragip Enes Katran were lynched by civilians on the bridge. More than 300 cadets remain in prison, but some immigrated out of Turkey, some to Canada.

Last Friday, I joined a peaceful protest at Nathan Phillips Square in Toronto where some expelled cadets who came to Canada to study protested demanding the freedom their compatriots. They have a mission: to be the voice of their imprisoned friends.

Students wrote slogans on cardboard banners and let balloons fly into the sky to represent each imprisoned cadet.

During the protest, cadets demanding justice, wearing t-shirts bearing the call for freedom and distributed leaflets to passers-by. Talking through megaphones, some students revealed the human rights violations that expelled cadets are subjected to in prisons.

While they were shouting the slogans — “Turkey, Turkey hear me, all students should be free” — Torontonians curiously watched them. Expelled cadets explained to them, who showed interest in their actions, how their friends were arrested on the night of July 15 and tortured in prison.

Ibrahim, who didn’t want his last name used, who was expelled when he was in the last year of the Naval Academy, said his friends were sent off that fateful day for exercises devised by their commanders.

Aggravated life imprisonment replaced Turkey’s death penalty and those convicted of it are kept in isolation and aren’t eligible for parole between 30 and 40 years.

“Currently, these friends of ours have been in prison for more than five years,” Ibrahim said. “We gathered in Toronto to be the voice of these friends.”

He explained the two lynched cadet students were beheaded by civilians on the bridge. Ibrahim said their friends on the buses dropped their weapons, sang the Turkish anthem, and surrendered to the police. Even though the cadets were obeying the orders of their commanders, these students were arrested and sentenced to life imprisonment within a year and a half.

Ibrahim said the jailed students are being tortured.

“The guards inflict not only physical but also psychological torture on our friends,” he said. “The waters are cut off, 50 people stay in 10-person-wards and more. Our friend, a second-year student at the Air Force Academy, died of cancer inside.

“We will continue to be the voice of our friends,” Ibrahim said.

While many students have been jailed for five years, interestingly, the generals and commanders who sent the cadets to the bridge were not arrested or were released after detention.

Emre, who was a student at the Naval Academy and didn’t want his full name used, said some military students went onto the streets believing there was a terrorist attack.

“In the military, you have to follow the orders of your commanders. Since our career as a military student is shaped by our future commanders, we have to do whatever they say,” he said.

The United Nations (UN) Human Rights Council Arbitrary Detention Working Group is concerned about the welfare of the imprisoned cadets. It ruled, for example, in February that cadet A. Dinçer Sakaoğlu, was unlawfully sentenced to life imprisonment, must immediately be released.

This decision has been a leading case for all military students but Turkey has by and large ignored the ruling.

“With all these demonstrations, we aim to get those judges and legislators to fulfill their duties,” Emre said. “This sorrow impacts not only our friends in jails but also their families, their parents and also us here.”

These determined young people say they will keep doing this kind of organization to be a voice of the imprisoned cadets until they will be free.