The world is on fire 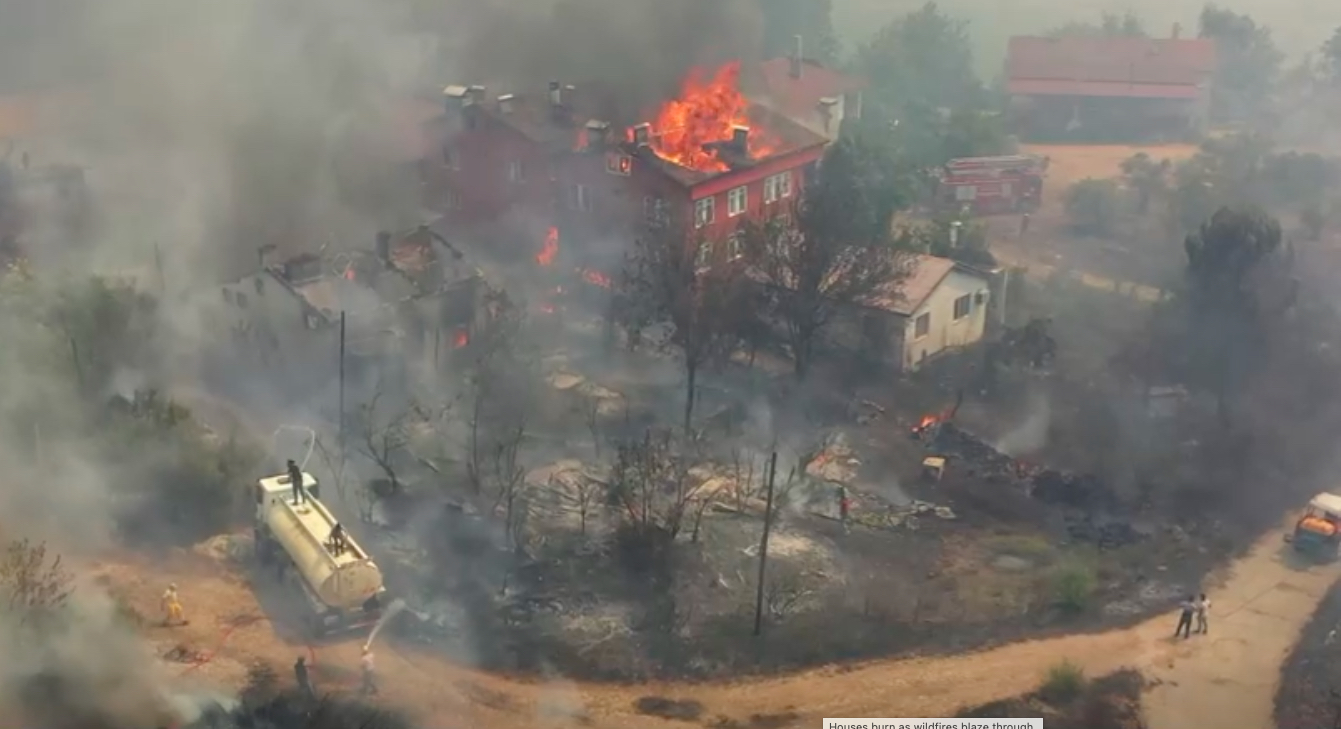 The wildfire in southern Turkey forced Zaynep Mahmutoglu out of her home, and then her life turned into a nightmare.

“I was terrified and was only thinking that I should go out of my home,” she said when she realized the smoke rising behind the mountain near her home.

Mahmutoglu lives near the coastal Mediterranean town of Manavgat, not far from the popular tourist resort Antalya in southern Turkey, which has faced almost 100 fires since July 29.

“Thirty-six villages, which were close to the mountain, were burned. One of the villages is my friend’s hometown, and they lost their home, animals,” she said. “They are now living in (a) camp.”

The fires have caused the deaths of eight people, and hundreds more have been injured by the flames and toxic smoke. Currently, seven wildfires are active, the result of a record-breaking heatwave covering much of southeastern Europe.

“We can see fires in the high-rise hill,” Mahmutoglu said in Turkish. “We are still very upset and panic to see our forest become a heap of ash.”

She said many local residents joined firefighters battling fires along the coastline for the sixth day in a row.

“There is not enough equipment (supplied by the) government to fight fires,” Mahmutoglu said. “We (have) only seen a couple of helicopters.”

A mother, who didn’t want to give her name, told Humber News they were only able to pick up some clothes before they were forced to flee as smoke enveloped her apartment.

“My husband called me with panic to leave our home after he went to check the fires behind the hill,” she said. “The smoke and fires were rising very fast.”

Within hours, her home in Marmaris, a port city and tourist resort on the Mediterranean coast, was burned by the raging wildfire in southern Turkey.

“My husband went to check our home, and he said everything was burned,” she said. “I couldn’t go back to see my home become ash.”

She said she moved to Marmaris after marrying her husband. The mother of a two-year-old girl is now living with her parents about 400 kilometres northwest away in Izmir, near the Aegean Sea.

“I am living in a nightmare and crying every day,” she said.

Meanwhile, firefighters in Greece, Spain and Italy are battling wildfires that have been fed by hot air from Africa moving across the Mediterranean Sea.

Italy’s national fire service said it had to deal with more than 1,500 flare-ups across the country in August. At least 20,000 hectares have been destroyed and 1,500 people have been evacuated from Oristano in western Sardinia.

At least five villages were evacuated in the area of Patras, about 210 kilometres west of Athens.