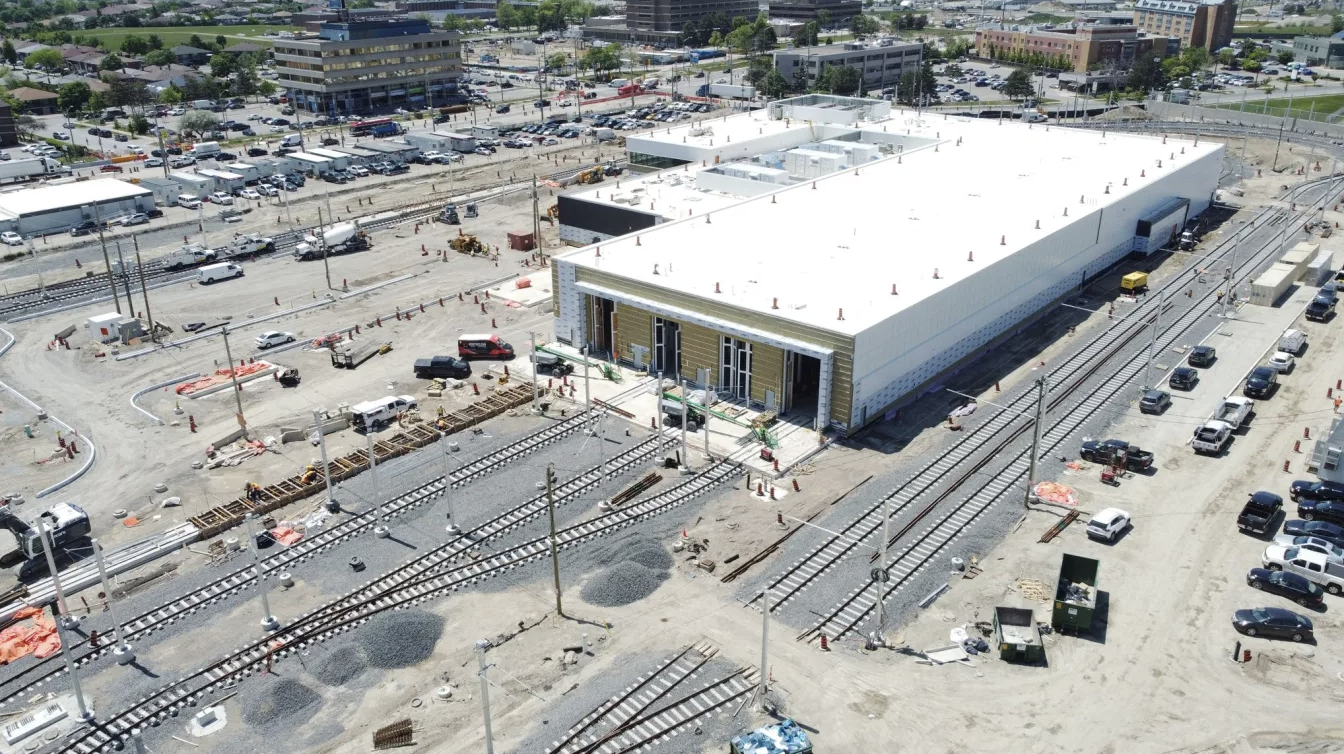 The Finch West Maintenance Storage and Facility (MSF) is set for completion this year, which will be the hub for the light rail cars on Line 6 linking Humber College with a subway.

The approximate 10,000-square-metre facility on York Gate Boulevard, in the Finch Avenue and Jane Street area, will store and service the light rail vehicles that will run on the 11-kilometre line that has 18 stops between the college and Finch West subway at Keele Street.

The facility will also store material, have a LRT vehicle wash facility, 122 parking spots for staff and an administrative office.

Andersen told Humber News the Finch West LRT will allow users to travel across the city without having to wait in traffic.

The maintenance storage facility will play a role on the Toronto Transit Commission (TTC) Line 6. It will serve as a barn for all rail vehicles, by purpose of inspecting, repairing and servicing them.

“The stop at Humber College will allow better connections for students to directly access the school,” he said.

With the goal for final completion set for 2023, the maintenance facility will be up and running later this year.

“The pandemic didn’t impact construction, as it was deemed essential,” Anderson said. “But our constructor did implement additional safety measures to ensure staff on site are protected.”

He said this included crews who were socially distant, had appropriate PPE requirements, access to rapid testing, and implemented additional site cleaning.

“They were also encouraged to get vaccinated,” Anderson said.

The stop at Humber College will have passengers enter through two buildings before reaching the platform. Features of the college platform will include many canopies to provide weather protection and natural light for departing and arriving passengers.

The final design for Humber continues under development. There may be some changes to what is initially shown in this image — supplied by Metrolinx.

The following is a timeline that outlines the project’s steps to completion.