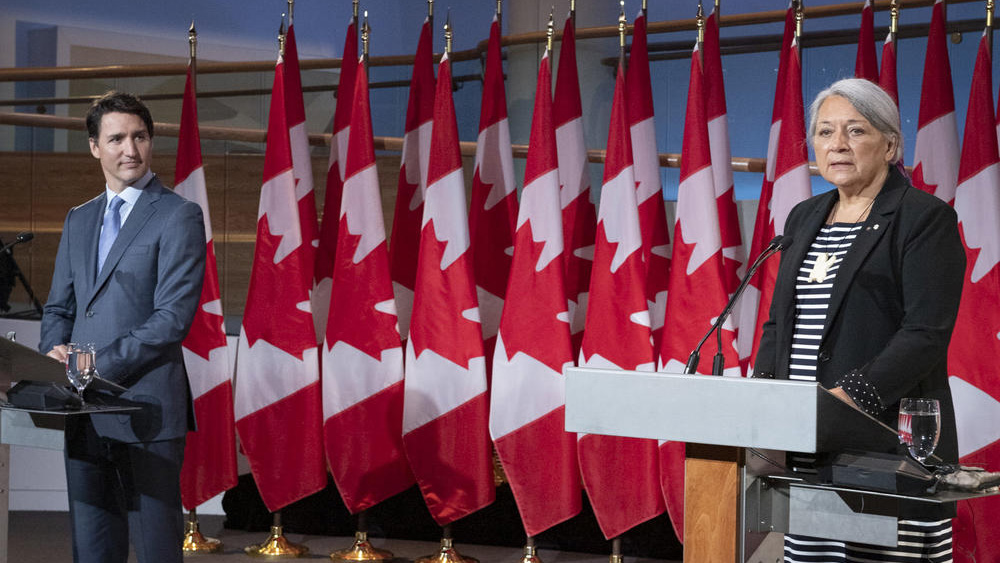 Simon was sworn in on Monday in a scaled-back ceremony inside the Senate Chamber due to the COVID-19 pandemic.

In her first speech as Governor General, Simon spoke about how she was “deeply touched” by Canadians who have reached out to her to express their hope that she can bring Canadians together.

“I have always viewed Canada as a metaphor for family,” Simon said. “As members of our large and diverse Canadian family, we have to replace the hurt with hope and find the grace and humility to stand together and move towards a more just and equitable future.”

She also spoke of her childhood and upbringing, which she said has served and shaped her life.

During the announcement of Simon as the new Governor General on July 6, she said her bilingualism was in Inuktitut and English.

Simon said she was not given the chance to learn the language while growing up in Québec and attending a federal day school.

This was not well received by some of Canada’s French-speaking people.

The Commissioner of Official Languages, Raymond Théberge, issued a statement which said that as of July 19, the office received more than 400 complaints regarding Simon’s lack of French fluency.

Théberge said an investigation will look into the Privy Council Office’s advisory role in Simon’s appointment, and contact the people who filed complaints.

However, in her first speech as the representative of Queen Elizabeth II, Simon said she is committed to learning the language and has heard from Canadians wishing to help her.

“First Nations and Aboriginal people have a very special relationship with the crown, and so I think it’s truly remarkable, but also timely that the Prime Minister made this recommendation with respect to the Governor General,” she said.

The appointment of a new Governor General is important because it is part of the permanent state, which will continue in office regardless of a political election, de Clercy said.

Supreme Court of Canada Chief Justice Richard Wagner stood in as Governor General after Julie Payette’s resignation due to reports of a toxic environment at Rideau Hall.

“Justice Wagner was perfectly capable of standing in for permanent Governor General,” de Clercy said. “Nonetheless, it’s simply just more normal in the course of our politics to have a fully empowered, independent, Governor General in place.”

Prime Minister Justin Trudeau acknowledged the timeliness of Simon’s appointment and he said she will help guide the country toward reconciliation.

“I am inspired by the historic nature of this moment, as our country continues to come to terms with the difficult realities of our collective past,” he said in the statement.

Simon and the Queen met virtually for the first time on July 22, and they spoke about Simon’s work to advocate for Indigenous peoples.

“I’m very privileged to be able to do this work over the next few years,” Simon said during their meeting. “I think it’s vitally important for our country.”

Simon is the 13th Governor General to be appointed by the Queen during her nearly 70-year reign.