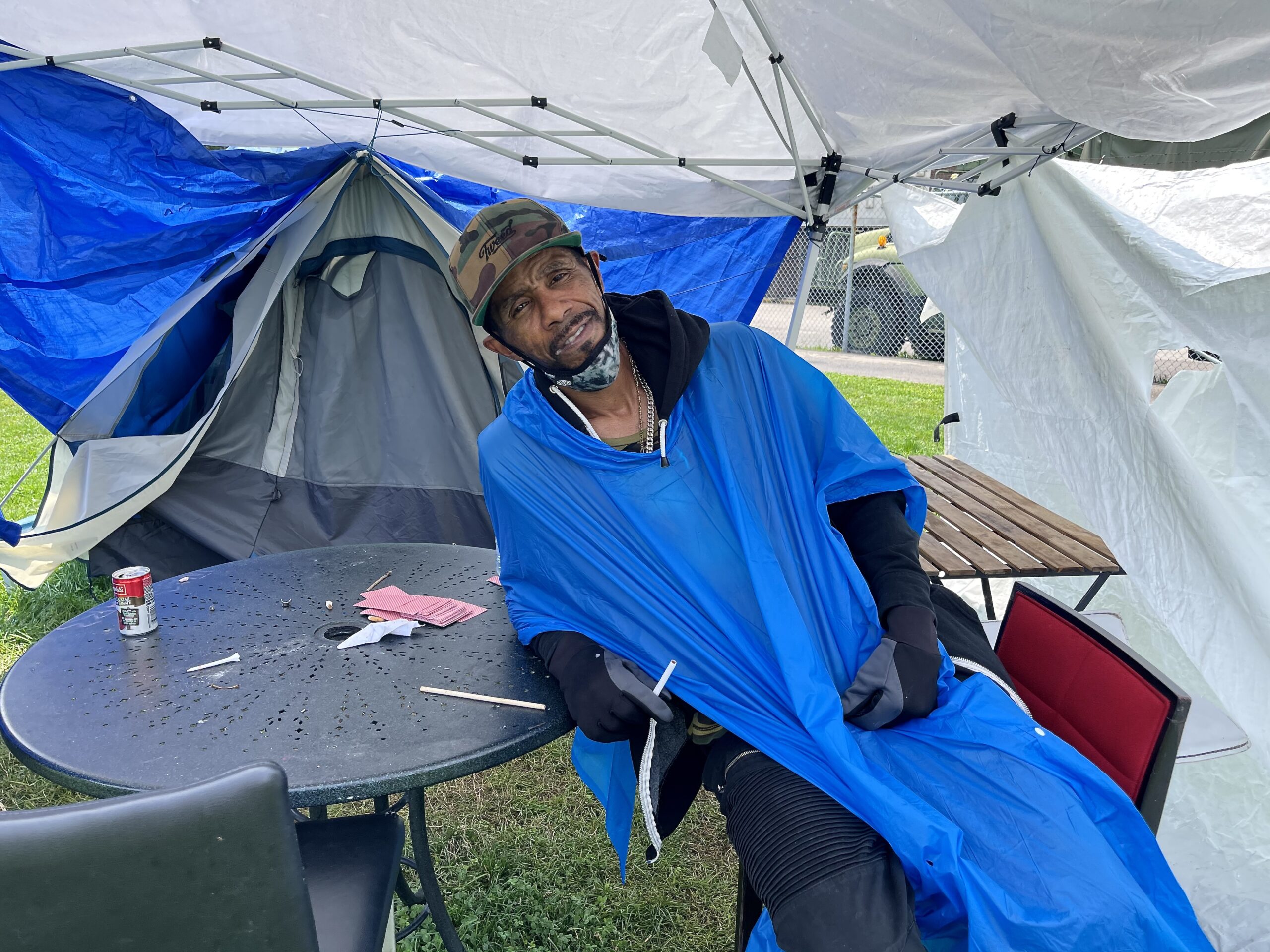 Lil Man has been living in the encampment at Moss Park for about a year. Through good and bad weather his home has been in the downtown Toronto park at Queen and Jarvis Streets.

And he doesn’t want to leave until city officials find better solutions to homelessness rather than evicting people from their makeshift homes.

His message was short and clear: “Step up or step off. It’s simple.”

Lil Man, the name he preferred to go by, said Mayor John Tory has never stepped foot on Moss Park. He feels the mayor — or most other politicians — doesn’t care about his situation, or that of the others who live in the 25-tent encampment.

He said politicians should be using more money on affordable housing. Instead, the people living in the park’s encampment are expecting to be evicted. Moss Park is the last encampment. Police and security officials have cleared — some say violently — encampments at Alexandra Park, Trinity Bellwoods Park and Lamport Stadium.

The city maintains the tent encampments are potentially unsafe, are fire hazards and COVID-19 spreaders. Toronto firefighters responded to 253 calls to camps last year and paramedics say they responded to 146 calls to Alexandra Park this year.

Since last spring the city has referred 780 people from the four parks to “safe inside space.”

But Lil Man says the homeless situation is not so easily explained.

“I’ve come across all different walks of life. Not everyone out here is [an] addict, they just came upon a hard time,” he said.

Lil Man added the treatment to his homelessness has become racialized, noting the majority of his friends living in tent shelters are Black.

“There used to be hundreds of us living out here, now there’s only a few tents. I got to be the last one to leave. I can’t leave until everybody is gone,” he said.

The City of Toronto said after its clearing of Alexandra Park on July 20 that its workers are focused on providing alternatives to encampments with “peaceful, voluntary referrals for people sleeping outdoors to safer, indoor accommodation.”

Homeless advocates, however, say the evictions aren’t peaceful and members of the Encampment Support Network (ESN) are demanding the end in violent evictions.

Witnesses rallied online and went into detail of the eviction scene at Lamport Stadium Park last Wednesday and said one of the police officers “slammed someone else’s head into the pavement, leaving them with a concussion,” said a statement by the ESN.

A letter from five Toronto councillors also called on Tory to end what they called “violence and extreme show of force.”

“We recognize that a tent will never be a suitable replacement for a home but an alternative approach must be taken, as we can not accept more violence and conflict,” said the letter signed by Toronto councillors Mike Layton, Shelley Carroll, Kristy Wong-Tam, Gordon Perks and Josh Matlow.

They said council should be focused on building a city its citizens can proud of.

Part of the city’s response to tent encampments is to provide temporary hotel accommodations. Lil Man stayed at the Novotel Hotel on The Esplanade.

“It’s terrible,” he said, adding the security provided by the city “lacked sensitivity training. They don’t know how to interact with us. They torment us.”

Lil Man said he feels more secure living with his friends in a tent than a building.

“That’s why we’re out here, because we don’t want these places,” he said. “You can’t even get in after 10 o’clock at night.

“We want affordable, nice units,” Lil Man said. “You should see how I live. You’d be amazed to see how I live as a man. I’m very hygienic. It was hard for me to come into this.

“Affordable housing now, not no death building,” he said. “My one message to anybody who cares, don’t vote for John Tory.”