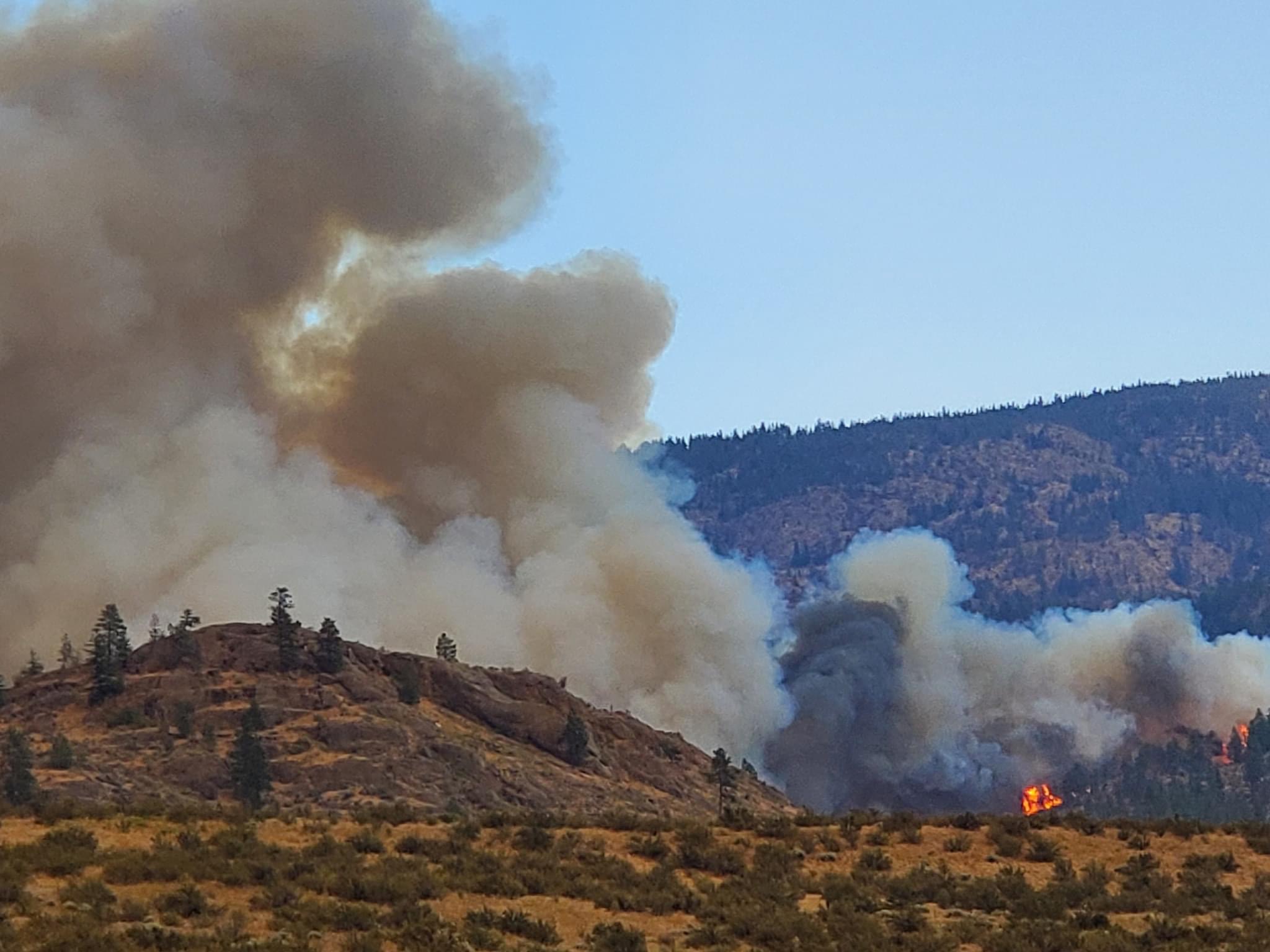 Dean and Debbie McKay said it took half an hour to load their camper and evacuate their home in Oliver, B.C., as a raging forest fire neared their home. They were expecting the evacuation order to leave their home in the heart of the province’s wine country.

The couple said they evacuated the area on Tuesday, July 20, after wildfires quickly spread in the Oliver-Osoyoos region, south of Penticton near the U.S. border.

“We took medications, pets, important documents, and water,” Dean said. “A little bit of food into the camper and out the door we left.”

Hundreds of houses have been evacuated in the area after a wildfire grew into several kilometers on Monday, July 19.

B.C. is currently in a state of emergency as several wildfires continue across the province.

Extreme weather conditions have led to several natural disasters across the country and the world, the Centre for Disaster Philanthropy said.

Debbie McKay, a retired RCMP dispatcher with experience with emergency preparedness, said she was prepared and alongside Dean, they quickly evacuated the scene.

“We had had a lot of items stored in our camper already to get through a three-day period,” Debbie said.

“We were up and out of our neighborhood pretty fast,” she said. “The fire had not made the road so we were okay to drive out. Good friends of ours offered us a place to stay overnight in our camper.”

However, she said it was hard leaving her home behind.

“We did not get any sleep,” Debbie said. “We were concerned about our home and our valuables and our memorabilia, everything that we have in our home.”

She said everyone should be prepared in an emergency and stay alert.

“It is important to make sure that you have your documents, your passport, your ID, again, and now water and food, especially medications for your pets, and anybody who has a prescription,” Debbie said.

“Go to the source of the information, go to the fire department website or the city website or the regional hall website or make those phone calls directly,” she said. “Do not rely on what your neighbors say or what posts someone puts on social media. It could be wrong.”

Debbie said natural disasters can happen but staying ready can keep you safe.

“People need to be ready,” she said.

“Take deep breaths and let someone know where you’re going,” Debbie said. “Make sure the information that you get is from a reliable source so you can make the right decisions in a critical time.”