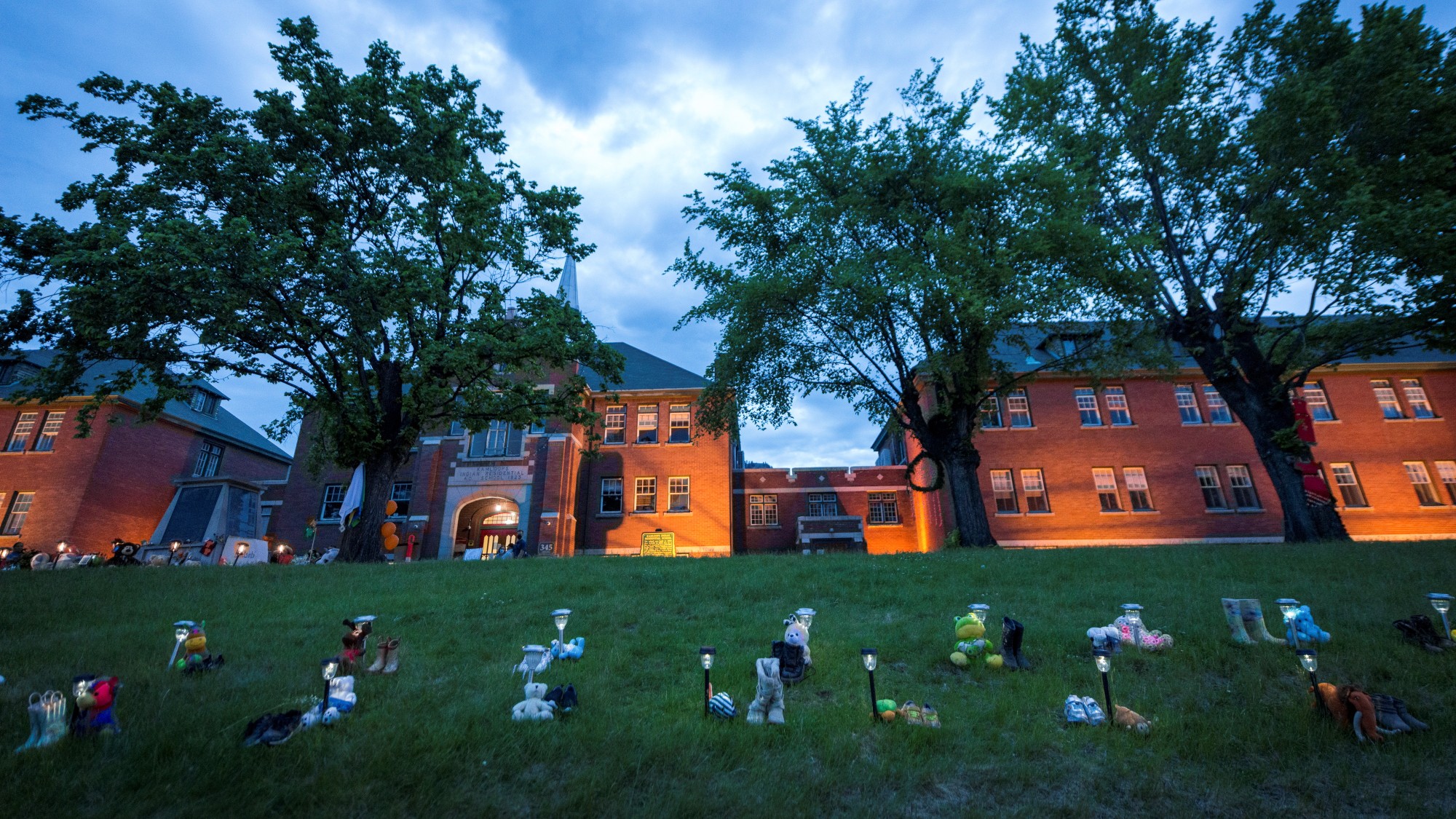 Indigenous communities are still emotionally processing the discovery of the remains of 215 children found in a mass grave outside a former residential school in Kamloops, B.C., last week.

Humber College, located on traditional and treaty territory lands of the Mississaugas of the Credit, has offered its services to support anyone suffering from the news. Flags across the country, including those at Humber, have been flown at half-staff to honour the lives lost.

R. Stacey Laforme, Chief of the Mississaugas of the Credit First Nation, said the lowering of flags is a first step because “first and foremost we need to show love and respect and take time to grieve.

“There is so much emotion tied to this, everyone is feeling pain and hurt and we needed to act,” he told Humber News by email.

“This is an important moment in the life of this country, a moment I do not want anyone to forget. I would like to believe that it resonated with all the people of this land,” Laforme added.

He also shared a poem that he wrote in response to the discovery of the grave.

“I am overwhelmed by the pain and the hurt,” the poem reads. “I will cry for them, and the many others like them … I’ll cry for what could have been.”

“We all have a role to play in dismantling systemic inequalities and discrimination — it starts with acknowledging the truth about these past wrongs,” he tweeted.

Sol Mamakwa, provincial NDP critic for Indigenous and Treaty Relations spoke at Queen’s Park yesterday, calling for a National Day of Mourning and Remembrance to recognize the genocide against Indigenous peoples.

“This is the appropriate word,” Mamakwa said, “It’s actually genocide … and that’s the real history of Canada.”

He has called for the provincial and federal governments to fundamentally change how they approach this history. Resources need to be dedicated to finding remains at other locations across the country, he said.

“We [also] need a healing initiative,” he added. “There’s such healing that needs to happen within our First Nation communities.”

Mamakwa, with the provincial government’s support, has begun drafting a plan to introduce a designated day of mourning.

Humber president and CEO Chris Whitaker, also responded to the news in a joint statement with Dean of Indigenous Education and Engagement, Jason Seright.

“The suffering of those impacted by this tragic discovery is palpable, and as an institution, Humber stands with Indigenous peoples in this shared grief,” Whitaker said.

Through this statement, Whitaker and Seright recommitted the college to serving Indigenous communities.

“Our Strategic and Academic plans emphasize the importance of Indigenous education and engagement for the institution,” they stated. “We prioritize equity, diversity, and inclusion, and understand the critical role that Indigenous Knowledges, Cultures, and Histories have in everything we do.”

They have also committed to recognizing the genocide that occurred at residential schools, denouncing the “violent assimilation and … unchecked atrocities” against Indigenous peoples.

“We will listen to and learn from survivors’ stories of resilience and strength so that these tragedies never happen again,” they wrote.

“We will stand alongside Indigenous communities to always remember the lost lives of Indigenous peoples.”

The statement included a number of resources for students and staff, including the Student Wellness and Accessibility Centre, GoodToTalk, Therapy Assist Online and Employee Assistance Plan services.

For support specific to Indigenous community members there is The Indian Residential School Survivors Society (1-800-721-0066) and the Hope for Wellness Hotline (1-854-242-3319 and hopeforwellness.ca).