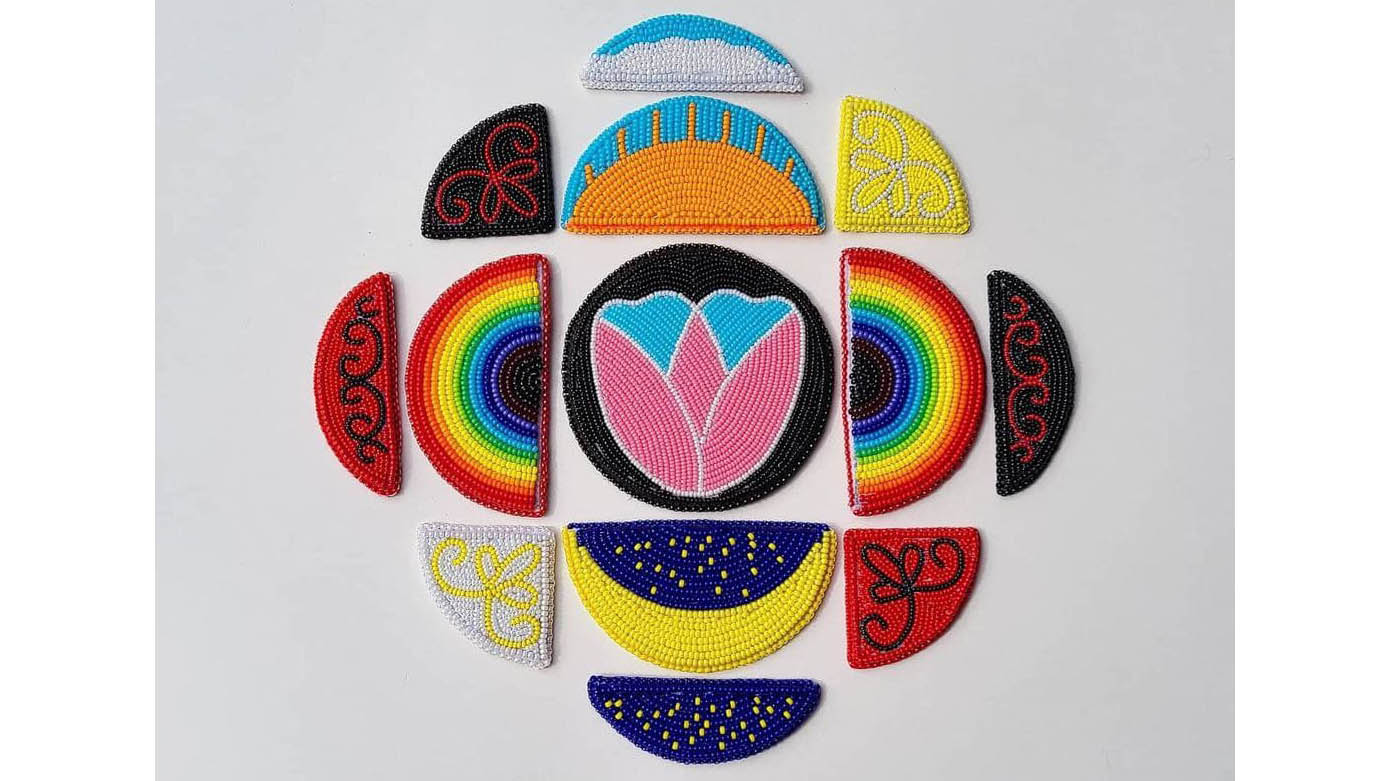 Hannon said Indigenous History Month was a particularly emotional experience for many this year. Not only First Nations were among the communities hit the hardest by COVID, the recent discovery of children’s remains at the former Kamloops Residential School in British Columbia contributed even more to their high anxiety and depression rates.

However, they said the COVID-19 pandemic has taken its toll on celebrations.

“I’m trying to celebrate all the time, I’m always trying to be involved with my culture and with other Indigenous creators,” Hannon said.

“And Pride Month, I guess there’s not going to be a lot of outdoor celebrations this time, so we won’t be celebrating that way,” they said.

Hannon said they were always into art but started beading three years ago to feel connected with the Indigenous community. 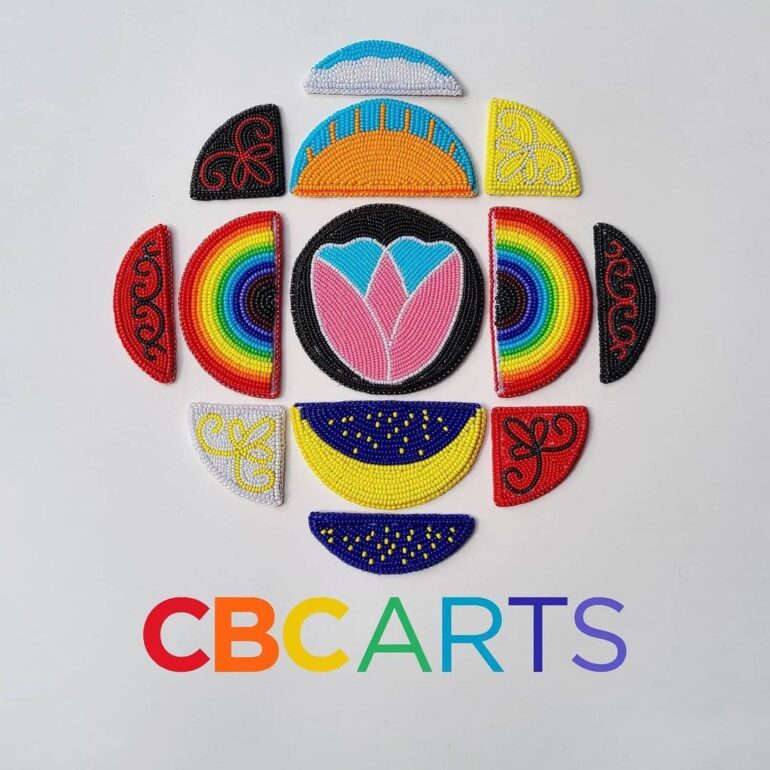 They said they weren’t raised with Indigenous traditions, having a grandmother as the only traditional knowledge keeper.

Hannon said they got status under the Indian Act in their teenage years but later had it revoked, which was a huge blow to their identity.

And that’s when beading became a way to get involved with Indigenous culture on a personal level, Hannon said.

“I came to have a changed understanding of what it means to be an Indigenous person,” they said. “And really detach myself from those colonial institutional assessments that are designed basically to remove us.”

For the CBC Arts logo, they mixed traditional and contemporary styles. 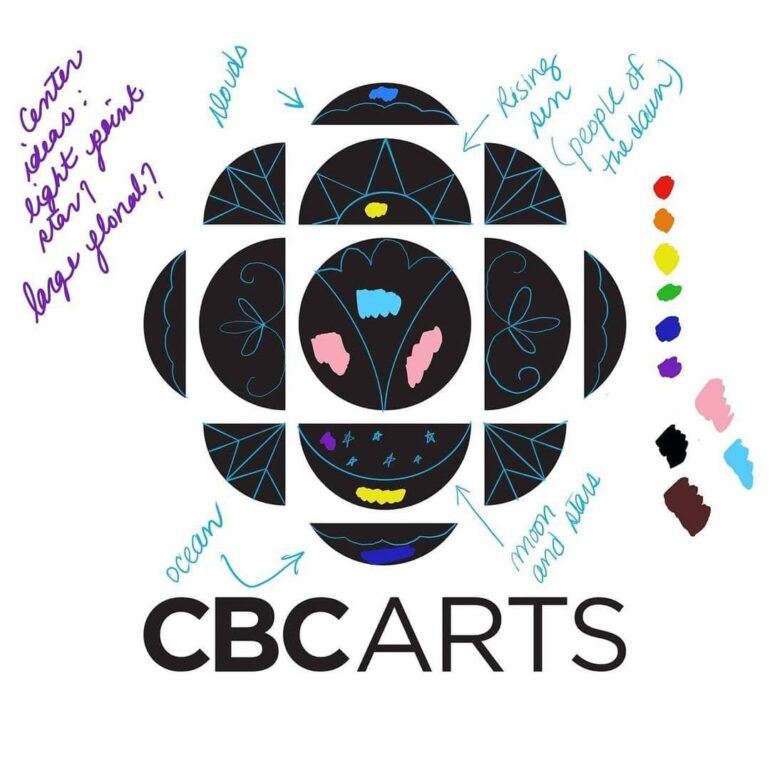 They said the centerpiece of the gem is in the colours of the trans flag put against a black background to honour trans people of colour.

The four corners of the gem are the four quarters of the medicine wheel with each of those having a traditional Mi’kmaw double-curved motif, Hannon said.

The two large panels on the side are both rainbows for Pride Month, and the top and bottom of the gem are the sun and the moon and the daytime sky and the nighttime sky, they said.

“That represents the circular pattern of time and a lot of Indigenous cultures don’t perceive time as like a linear progression moving forward, we can see that as a cycle that repeats itself over and over for eternity sort of thing,” Hannon said.

They said as an artist they are proud when they have an influence on other Indigenous artists.

“Just knowing that when I make jewelry for people they’re gonna wear it to a powwow, they’re gonna dance in it, there that’s going to be their big showpiece that they chose for a very special occasion, that makes me feel really good,” Hannon said.

They said the best way to support Indigenous artists is by buying their works.

As for getting more knowledge on Indigenous culture, Hannon said people should start with reading books of authors like Tanya Talaga and Robin Wall Kimmerer.

They said becoming a beading artist helped them be much more confident about their identity.

“Now that I have my own thing, making my own contributions, it automatically opens up conversations with people,” Hannon said. “People want to talk to you, people want to learn from you.”

They said their art brings people together not only from all over Canada but the U.S. as well.

“I can now like safely say that my identity is linked to my community rather than an outside assessment, which I think is the best thing,” Hannon said.

Below is the timeline of Indigenous artists who made an incredible impact with their artworks.