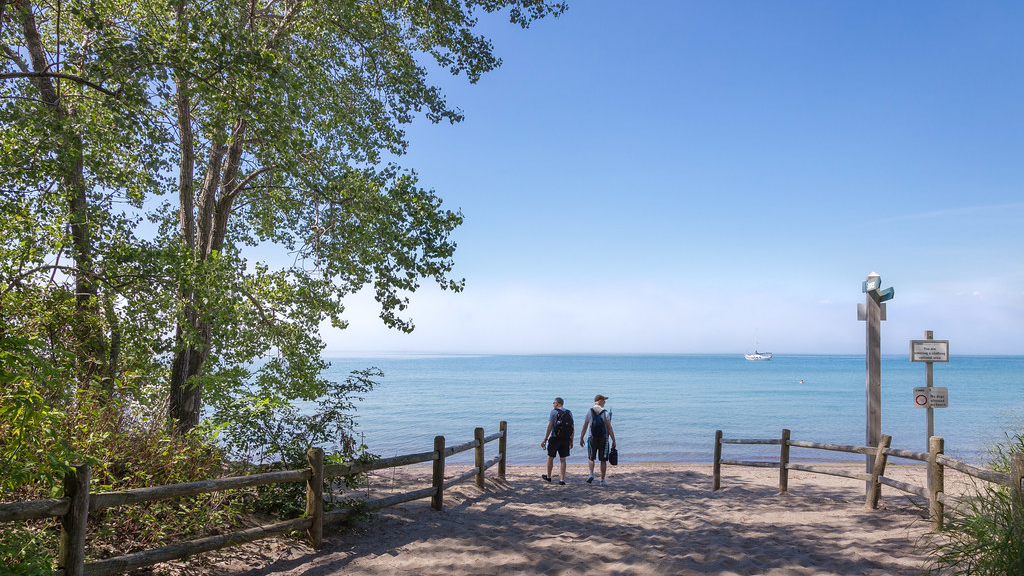 David Gomez and a female friend, 27, were heading home from Hanlan’s Point Beach on June 5 when he became involved in a verbal disagreement with two men and two women, according to a Toronto police news release.

The group directed homophobic comments toward the victims before attacking Gomez.

He was left unconscious and suffered from a concussion and several broken bones, according to a Go Fund Me campaign started on his behalf. The campaign for Gomez has raised almost $50,000 as of June 15.

Toronto Police arrested a man June 19 in connection with the attack. Elijah McGibbon, 24, was arrested in Toronto and he was charged with aggravated assault.

A second man surrendered to police on June 23. Felix Tauveron, 24, of Toronto, is charged with aggravated assault.

“This is a complex case and we still encourage witnesses to come forward. In particular, we want to speak to two women who we believe were in the area at the time and are described as white, in their 20s and with brown hair,” she said. “This remains an active investigation.”

Canadian Football League defensive lineman Chris Larsen was identified on social media, but he has denied involvement in the incident.

Larsen’s lawyer, Calvin Barry, said the player was on Toronto Island when the incident occurred, but “he did not directly or indirectly assault this gentleman. He did not make any homophobic remarks or utterances.”

When Larsen reached out to police last Friday, they told him he was not a suspect, Barry said.

Still, the Ottawa Redblacks announced Larsen’s suspended on June 9 and as of June 17, remains suspended.

“Late (June 8), we were made aware of social media allegations of an assault by a group of individuals that included Chris Larsen and immediately commenced an investigation which is ongoing. Today (June 9) we were advised that an investigation by the Toronto Police is underway,” said Mark Goudie, the CEO of the Redblacks’ parent company, Ottawa Sports and Entertainment Group.

The CFL followed up with an announcement about the incident stating there is an investigation into the player.

“We … take this allegation very seriously and look forward to the outcome,” the league stated. “In the meantime, we want to reaffirm our values: We condemn homophobia, violence and hate.”

Anyone with information about the incident is asked to call the division’s detective office at 416-808-5204 or email Hassard at Lauren.Hassard@torontopolice.on.ca

Tom Hooper, a historian who focuses on Toronto’s LGBTQ+ community, first heard about the attack from social media, where the news of the incident was shared extensively.

“One of the things that immediately struck me was how much the community was able to piece together … and to come to the aid of the victim,” Hooper told Humber News.

Through social media the community was able to do more for Gomez than the police could, he said.

Hooper also reflected on the significance of this attack taking place in a location that is very important to Toronto’s queer community.

“Hanlan’s Point is, as far as I’m concerned, sacred ground for queers in Toronto,” he said. “[In 1971, the] first Pride picnic was at Hanlan’s. And so, when you have queer bashing happening there, we have to stand up against that.

Protest is the foundation and a significant part of Pride’s history, as opposed to what “corporate Pride” has become, he said.

But Pride Toronto’s executive director, Sherwin Modeste, said the attack at Hanlan’s indicates a continued need for Pride as an organization.

“Someone was assaulted for being a member of the LGBTQ2S+ community,” Modeste said. “So Pride is still necessary today.”

In light of the attack, Modeste agreed political protest should, and does, have a significant place alongside the celebratory aspect of Pride.

“The political aspect of Pride has not moved, and I don’t ever see that moving,” he said.