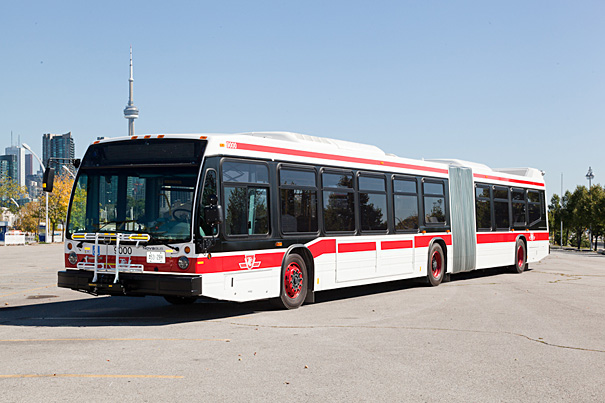 Every day there are between one and two employees on average who are assaulted somewhere on the 156 surface routes and subway lines of the Toronto Transit Commission.

TTC spokesman Stuart Green said the most recent attacks have occurred within weeks of one another.

Carlos Santos, president of Amalgamated Transit Union Local 113 which represents more than 12,000 workers , is calling for action from the TTC and the city to protect workers from assaults.

In the most recent attack on May 19, the male driver was hospitalized after he got into a verbal dispute with a group of passengers, Santos said.

The driver asked the group to leave the bus in Scarborough, and the group of four suspects left. But one returned and struck the driver in the head with an unknown weapon, he said.

The driver was taken to hospital and measures have been set in place to help with recovery, Santos said.

In a separate attack, a bus driver was assaulted May 3 in East York following a dispute with a group of passengers during a verbal dispute. The driver asked the passengers to put on masks.

Two people were arrested. Santos said the female driver was denied a ride by TTC following the assault to her bus barn and had to wait 15 minutes for a bus to arrive.

“It’s insulting that TTC expects our members to drive packed busses, yet it can’t drive an operator who has just been assaulted back to their division due to COVID-19 related concerns,” Santos said.

Toronto Police later arrested two people in the attack and charged them with assault and other offences, he said.

The TTC has provided resources for the drivers victimized in the incidents by providing time off for physical and emotional well-being, he said.

“The safety of our employees and customers is our number one concern,” Green said.

The TTC has installed shields on buses, streetcars and subways. Streetcar and subway operators are isolated and not exposed to the public, he said.

Although these safety tools provide a level of protection, instances can still occur when an employee has left the vehicle or is in transit to operate a new bus, Green said.

TTC rider Lorenzo Raquio said there are many disputes on the TTC between operators and passengers, and people are concerned for their safety.

When passengers who are aggressive enter the bus there is an uneasy feeling because they don’t know what will happen, Raquio said.

“According to previous experiences, drivers usually let arguments go on for a bit and escalate before the passenger is kicked off,” he said.

Nobody wants to be the person to confront someone who is causing a disturbance as it is unpredictable and passengers have a fear of being assaulted, Raquio said.

Deescalating tempers is used as a way to protect drivers by not enforcing fares, Green said.

Passengers are given a reminder but the driver is told to continue on their route to avoid disputes and not slow down service, he said.

The ATU says there has been a rise in assaults throughout the pandemic. Eighty-six operator assaults occurred from January to April, an increase of 23 per cent compared to 2020.

Assaults that result in physical injury are documented by the TTC on a yearly basis and do not reflect other assaults like spitting or verbal abuse.

In an emergency, operators have multiple opportunities to call for help.

They are able to press the yellow emergency tape, devices in vehicles where they can push an alarm, and security cameras record events, he said.

Depending on the severity of the assault, TTC Special Constables are dispatched to investigate and there are also trauma teams that can be deployed for emotional support, Green said.

If an assault is less severe and passengers witness it, they are able to use the Safe TTC app, he said.

The app is used as a discrete way for a person to report an assault or any suspicious activity they have witnessed to the TTC Transit Control Centre, Green said.

Safety remains at the forefront and TTC will continue to look at ways to improve it while working with the union, he said.