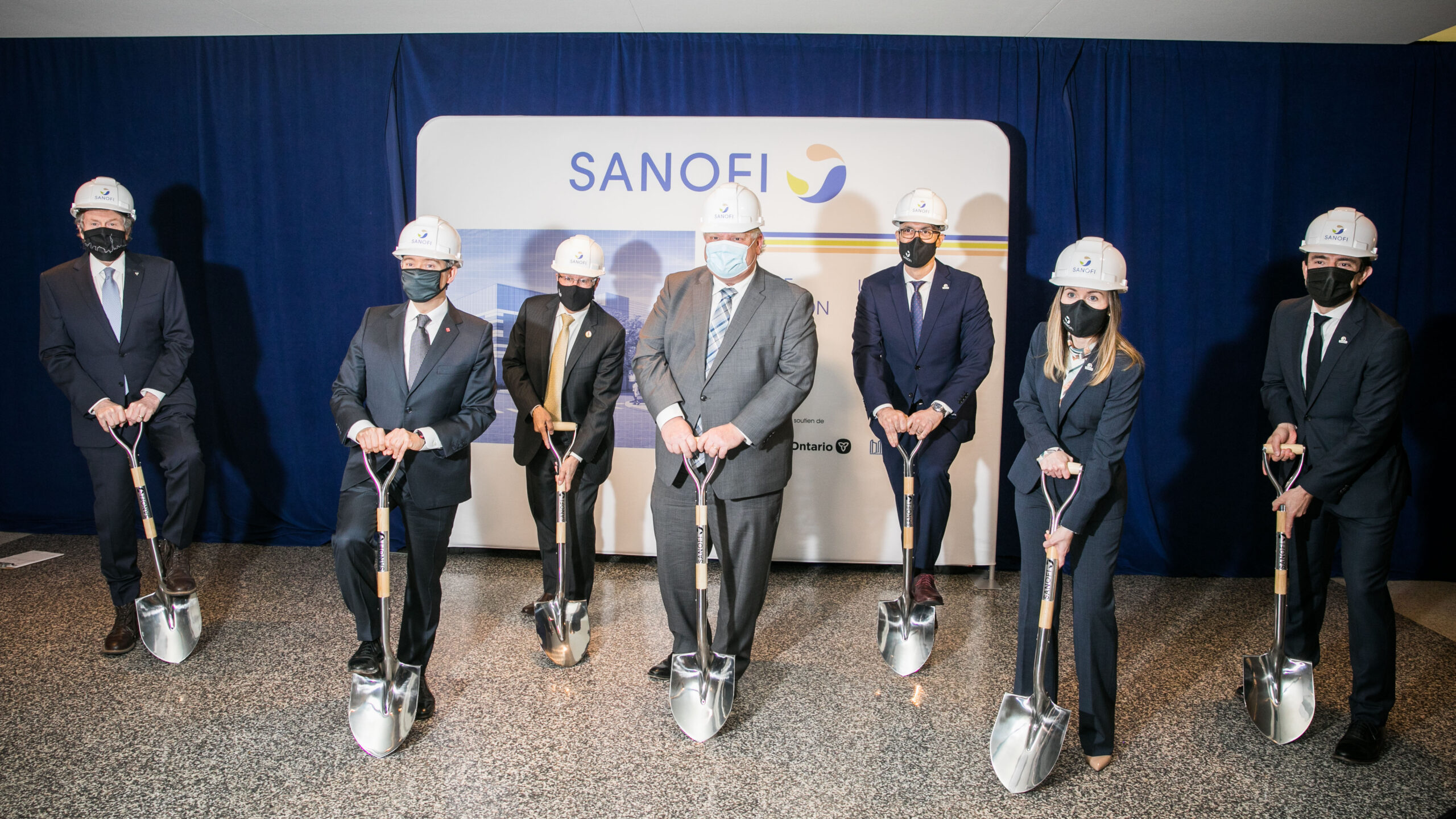 An expansion to Canada’s vaccine development was announced on March 31 at the Sanofi Pasteur Toronto site, by Sanofi, federal, provincial and Toronto officials.

This $925 million investment is one of Canada’s largest bio-manufacturing investments.

The new vaccine facility will be built at the Sanofi site in North York and is scheduled to be fully operational by 2026.

This facility will allow for an end-to-end bulk vaccine manufacturing facility with state-of-the-art product formulation, inspection, and packaging, known as “fill-and-finish.”

The facility will manufacture its Fluzone flu vaccine, which is approved for adults over 65. It will also be able to produce enough vaccine doses to support the entire Canadian population within six months of identifying a pandemic influenza strain.

The federal government announced it’s funding up to $415 million into the new facility during the news conference.

Champagne said Canada will rebuild its bio-manufacturing sector and become more self-sufficient through immediate action that will be beneficial in the long term.

“When the next pandemic hits, whatever it might be, we will be prepared as a nation,” Champagne said. The COVID-19 pandemic has highlighted the need for domestic bio-manufacturing, and this investment will help Canada become more prepared for future pandemics.

At the news conference, Ontario announced a $55 million investment in the new facility. Premier Doug Ford said that now, more than ever, Canadian’s understand the importance of local manufacturing.

“We are now never going to have to rely on any country, any leader, we’ll be self-sufficient,” Ford said.

Sanofi Pasteur will invest $455 million to create and maintain 1,225 new jobs. It will devote $79 million per year for research and development over the life of the agreement.

Fabien Marino, Sanofi Pasteur’s Toronto site head and vice president of Industrial Affairs, said the site had been part of the core of the bio-manufacturing sector in Canada for more than a century.

“It’s only fitting that the new facility will be erected here on the site of the former Connaught laboratories, which has been a historic centre for Canadian innovation,” Champagne said.

Connaught Laboratories was once a part of the University of Toronto. Connaught was involved in the research, discovery, and production of insulin, a diphtheria antitoxin, and polio vaccine.

“We are giving a new life to the Connaught Laboratories,” Champagne said .