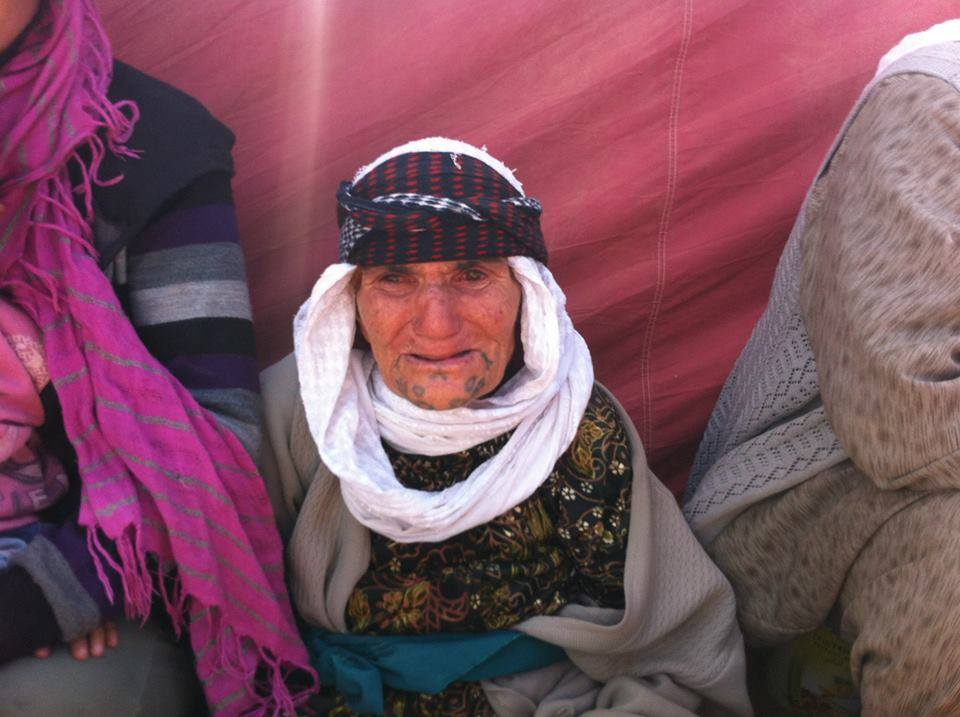 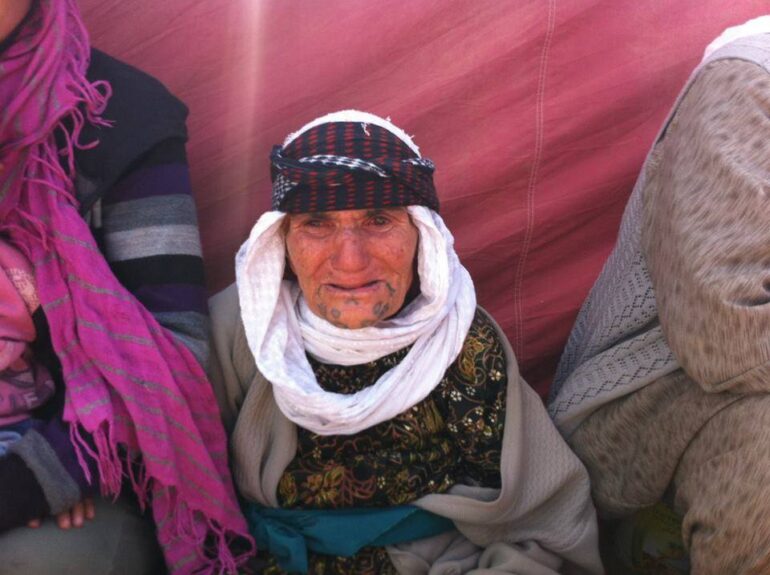 Kurdish woman who escaped from ISIS in Kobane, Syria, following a seven-day journey to Turkey-Syria border in 2014. ”DAESH destroyed my town, I saw many dead and left my two sons behind to fight against ISIS for gaining our home back,” she said. Photo credit: Husna Sari

Syria marked a grim anniversary as its civil war is now 10 years old, leaving 80 per cent of its 17 million people living below the poverty line.

And the conflict has worsened as COVID-19 settled within a country without an adequate health system.

The civil war divided the country into three regions. The Syrian Kurdish forces dominate around a quarter of the country in the northeast. Al-Qaeda-linked groups hold the northwestern Idlib province, and the rest of Syria remains in Assad’s grasp.

Salih Muslim, the co-chair of the main Syrian-Kurdish movement, the Democratic Union Party (PYD), told Humber News they are also continuing the fight with remnants of ISIS. At the same time, the refugee crisis has become a critical problem with 120,000 displaced Syrians in a camp with an increasing number of COVID-19 cases.

The pandemic case numbers are officially recorded. However, Muslim said many people who live in northern Syria villages are getting infected. They die without any cause for death recorded because of the inadequate health system.

Muslim said the World Health Organization and Health Board supplied around 900,000 vaccines Syria through to the Assad regime but none were offered to those in northern region.

“They wouldn’t send anything to our areas, ” he added.

“We don’t have much money,” Muslim said. “I’ll just call the World Health Organization to help us and we don’t know really what to do now.”

Turkey entered the fray in 2018 when it occupied Afrin, a city and Kurdish stronghold in northwestern Syria.

About 120,000 people were forced to move out of the Afrin and into five major refugee camps within the northern Shahba Canton, a neighbouring area east of Afrin, Azaz and Aleppo, which are controlled by Syrian democratic forces.

“We have a lot of camps, most of them are displaced people from the areas,” Muslim said. “The United Nations is also not coming to help them.”

He said the UN is able to help Syrian refugees living in other countries, but not within the war-torn nation.

Muslim said non-governmental organizations (NGOs), which are non-profit organizations that operate without any government funding, try to assist but Turkey won’t allow supplies to travel through it. The only way to get supplies in is to ship needed supplies through Kurdish-controlled border points.

Along with the Syrian refugees who resettled in the northern regions of Syria are about 10,000 family members of Syrian, Iraqi and European ISIS militia fighters. They moved to live in the al-Hol camp, in northeast Syria, after the fight between Kurdish forces and ISIS.

Muslim said the international community is shirking its duty to help Kurdish authorities deal with a large number of ISIS combatants now in their custody.

“We have about 12,000 ISIS fighters in prisons,” Muslim said. “We have prisons for them. These fighters, also they’re waiting for their court time to be judged.

“We think it’s not only our problem, it is an international problem,” he said.

Not all is stable in other parts of Syria, which is facing post-war discontent with corruption, spiralling food prices, a collapsed currency, worsening power cuts, and fuel shortages.

Sarkis Kassarjian, who lives in Damascus and is a columnist for Annahar Newspaper and researcher at Center for Lebanese Studies, told Humber News international sanctions is behind Syria’s collapsed economy.

“Syria was piercing the sanctions illegally through Lebanon,” he said. “But the port explosion, the pandemic and unstable economic conditions in Lebanon affected trade with the Assad government.”

Also, the smuggling of underground market oil into Turkey is a mainstay of the economy in that part of Syria, Kassarjian said.

“Russian and Syrian aircrafts hit the petroleum tankers in Jarabulus city, in the border of Syria-Turkey. This attack also impresses their economy, ” he said.

Abdulrahman Matar, the founder and director of the Mediterranean Studies Center and the Syrian-Mediterranean Cultural Forum, came to Canada from Syria as a refugee in 2015. He has many family members residing in Syria.

“Every month, I am trying to send them money like all Syrians who are living abroad because there is nothing there,” said Matar, who is also a member of PEN Canada. “They can not buy bread, automatic or basic needs.”

Matar said around 200,000 people still are in Syrian prisons following the rebellion against the Assad government.

“What happened to them? We only have information that 15,000 Syrians died under torture in prison, and they were all civilians,” he said.

He attended protests in Damascus, the capital of Syria, at the beginning of the rebellion against the Assad government.

The regime now wants Matar — who has spent 10 years in Syrian jail — because of poems and articles that called for the freedom of expression, and outlined his positions on issues of freedom and human rights.

“We first went to the street to protest, we only called for democracy, political freedom and wanted to change the government,” he said. “Nobody used the gun at that time.”

Matar told tensions suddenly rose in Syria after the Assad government responded to the protests with a military response against unarmed protestors in Daraa, near the Jordanian border, killing three people on March 15, 2011. Within a month, the military launched a full-scale assault on the city.

“Somebody started using the gun in the Syrian revolution, and it was a huge mistake,” Matar said.