OPINION: Surviving Murphy’s Law in trip to Canada during the pandemic age

The YYZ airport code for Toronto Pearson Airport greets me as I finally made it to Canada after a long journey from the United Arab Emirates. Photo credit: Shifa Naseer

After nine months of waiting and hoping for a way out of the uncertainty caused by the COVID-19 pandemic, I finally moved to Canada in March.

The country has implemented strict travel restrictions because of the pandemic, including a long checklist of “suitable” reasons for essential travel.

According to the data from Immigration, Refugees and Citizenship Canada (IRCC), more than 55,000 study permits were issued in the first quarter of 2021. India accounts for 7,665 of this year’s study permits. 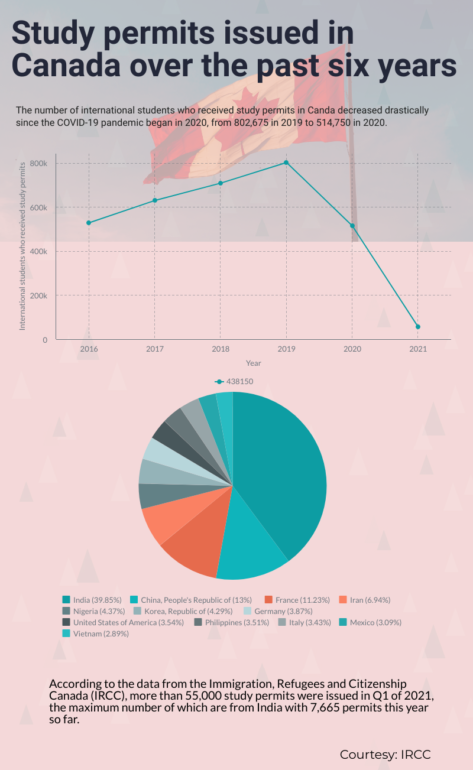 The total number of study permits issued by Canada in 2020 dropped drastically as a result of the pandemic.

Humber College was among the many post-secondary institutions to allow international students to travel to the country.

And at this point, it’s crucial to understand Murphy’s Law, which states anything that can go wrong will go wrong. It’s a mathematical principle to remind engineers and scientists that systems they rely on fail. And there really was a Murphy.

U.S. Air Force Captain Edward A. Murphy Jr. perfected the mishap theory during G-force experiments in the 1940s. It used to sound cool, until I experienced it in reality.

I was working in Dubai when I received my visa to enter Canada in February. To give myself some time and to make travel preparations, I booked the flight for March 25.

Everything unfolded suspiciously smooth from there, from booking the hotel for mandatory quarantine to settling my financial affairs.

On the day of travel, I checked in within 15 minutes. However, I was stopped at the immigration. My visa status had not been updated in the system which meant I couldn’t leave the country. I got to know this an hour before the flight.

Taking the news with not-so-good grace, I decided to postpone the travel by one day to sort out the immigration issue. No big deal.

What followed was an arduous 24 hours of calling in many favours and hoping for the best. With a looming headache, a lighter wallet, and after rescheduling my flight and hotel, I was back on track with all my papers.

Or so I thought.

I approached the check-in counter with apprehension as I hauled my travel bags to the airport again on March 27.

Murphy was proved right again as the airline staff informed me that Canada Border Services had changed some policies a day prior. International students were no longer listed under essential travel. There had been no update on the IRCC website.

Weird maniacal laughter escaped my lips. It went on for a while. They asked for some of my documents to send to the Border Services to confirm.

It was then that I realized there needs to be a better way and clearer instructions for international students.

Just when I was about to give up, they told me I could go. From the check-in counter to the boarding gate, it was a 15-minute journey.

You’d think the troubles ended there. But no.

I had a connecting flight to Doha, Qatar, where I boarded my flight to Canada, which was for 14 hours and 30 minutes. I realized I had a window seat without the window.

The aircraft’s solid white wall was my view for the long flight. To make the situation somewhat bearable, I stuck a post-it with two clouds and the sun on the wall.

Once I landed on Canadian soil, immigration sorted we weary travellers pretty efficiently with our permits and the mandatory COVID-19 test. I’d say I sailed through the process, which raised red flags, but I ended up waiting for two hours for my transport to the hotel.

But Murphy wouldn’t let me rest.

The hotel I booked had some COVID-19 cases, so I had to be shifted to another hotel. This took another two hours.

When I finally checked in, five hours after landing in Canada, the kitchens were closed. After a long day, I had to settle for flatbread as dinner.

Despite the hurdles, I beat the odds which were stacked against me. Murphy must have had such an “I told you so” face during the entire ordeal.