Humber College’s music program has been the stomping ground for many Canadian musicians and bands.

The Monowhales are yet another success story.

“I definitely leaned into the things I loved,” Shaar said.

All three members came together in the jazz program and formally became the Monowhales in 2017, although they have been close before forming the band as they have played together for eight years.

“We all knew each other back in college when we went to Humber,” Shaar said. “So, we kind of started the band, first couple iterations of the band back then. We kind of refocused and 2017 is when Monowhales actually started.”

Shaar took many courses at Humber but felt the ones taught by Triumph guitarist and singer Rik Emmett had a lasting impression on her in songwriting, music business, and music marketing.

“Those were some of my favourite courses I took,” Shaar said. “I kind of took the most out of leaving Humber.”

Shaar notes Emmett was a main inspirational force as he was the directive study for a previous Monowhales album.

“Rik Emmett was a teacher at Humber who really inspired in a lot of ways and pushed me to understand my own abilities,” Shaar said.

Even though Emmett didn’t work with the band on Daytona Bleach, his impact will never go unnoticed to Shaar.

“He’s just always going to be an inspiration to me in my heart,” Shaar said.

The band worked with Juno Award winner Ryan Worsley on Daytona Bleach which showcases the highs and lows that the band members experienced.

“It’s kind of a lego piece into this dysfunctional castle of an album that we’ve been in, that we’ve built basically,” Shaar said.

Worsley, a record producer, songwriter and mixer, got a call from the band with a request to produce their album as they liked the music he’s done with another Juno Award winner, the Vancouver-based electronic band Dear Rouge. 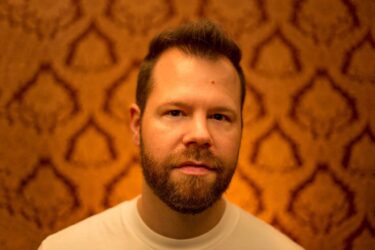 Ryan Worsley is a self-taught producer who has been producing for 15 years. Photo credit: Courtesy of CreativeCommons

“I always want to talk with the band and also listen to their demos before I agree to work with the band,” Worsley said. “It’s really important to me that the songs I’m working on, I’m equally excited about and I feel strongly about it.”

Worsley flew out to Toronto to work on the songs Really Wanna Let You Down and Out With The Old. For the rest of the album, the band was on tour, so when they were in Vancouver they finished it in two weeks.

“The making of the music was fairly collaborative,” Worsley said. “I really love a lot of the ideas that the band brings to the table. I love the push and pull of people telling me what they like and don’t like.”

Worsley said the Monowhales’ record was challenging to work on, though the rewarding factor outweighs it.

“Whenever I put that record on, it always gives me fuzzy feelings,” Worsley said. “Especially considering the radio success that they had as an indie band.”

“So, I would really encourage you to get to know people and have an open heart, ” Shaar said. “See it as these are people and like just kind of be interested in what they’re doing and just support one another.”

Shaar and the band aren’t slowing down after Daytona Bleach. They are getting to work on their next project.

“We’re already getting back in the studio,” Sharr said. “We were so excited about making things and showing them to people on the fact that people care right now like that makes it much more exciting.”

“It is a busy time, very very busy,” Worsley said. “But I can never complain about that, it’s a good problem to have.”