GTA residents are struggling to recycle products with minimal contamination 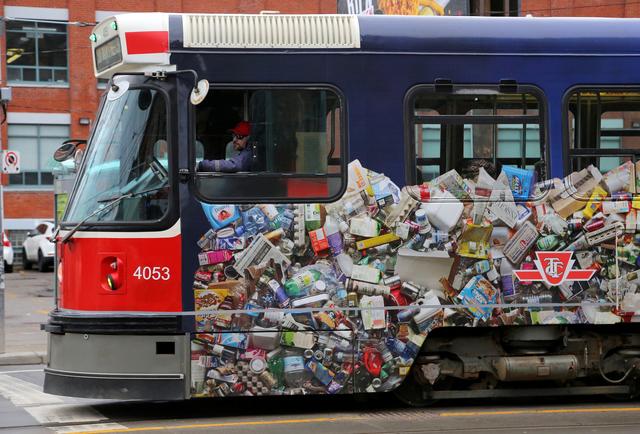 Contamination in recycling is a big issue in the GTA, with many not properly recycling or overall throwing away the wrong materials in the bin, or in the wrong place overall.

However, some individuals try to follow recycling guidelines as best as possible, or overall want to use more sustainable or biodegradable products to reduce their carbon footprint.

In order to get more insights on how GTA residents think about recycling, I conducted a survey asking 20 individuals a handful of questions about plastic recycling.

Most recyclable plastic packaging (eg. beverage bottles) recommend washing being recycling to avoid contamination, but only 35 per cent of individuals surveyed claim they do so, which a low number than originally estimated.

Another important outcome of the survey was just how many individuals bring their own usable containers to grocery stores or restaurants.

Only 55 per cent of individuals bring their own bags when grocery shopping, with 25 per cent voting that they sometimes do, and 20 per cent that voted no.

Starbucks is a large corporation that are always introducing new ways to recycle, and overall be more sustainable by asking their customers to bring their own usable Starbucks cup/mug to reduce waste, and save 10 per cent off their purchase.

As most people would love to save money on their coffee purchase, surprisingly only 10 per cent of people say they bring usable cups, and 40 per cent said they do not, leaving the other 50 per cent of individuals claiming they sometimes do.