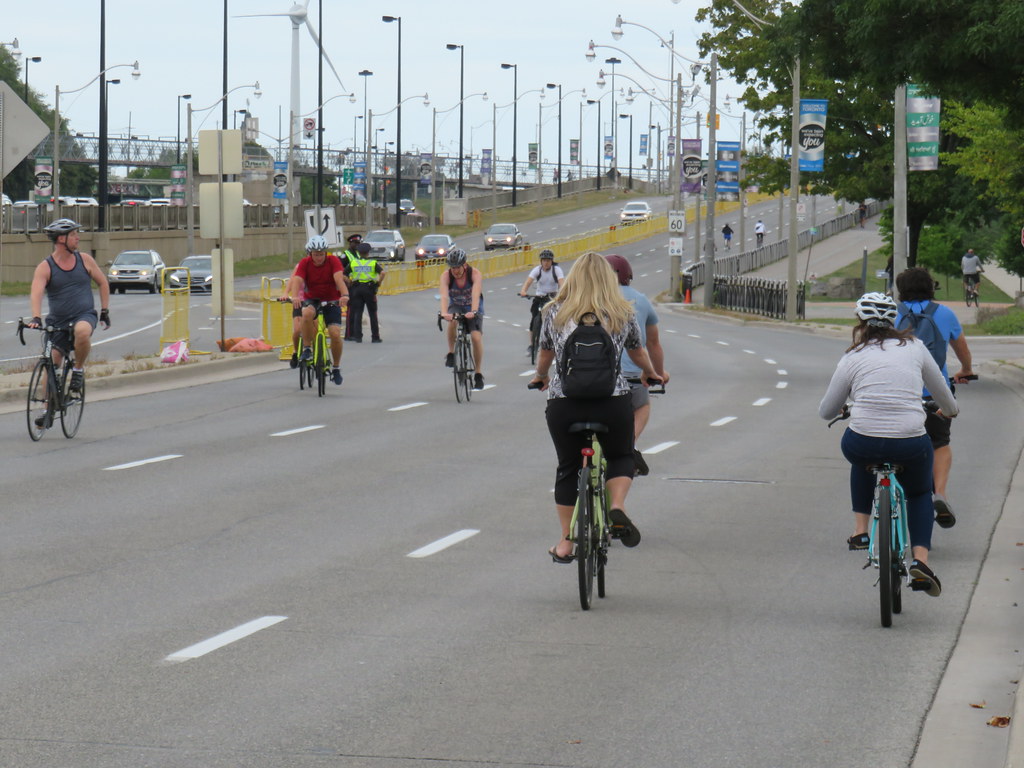 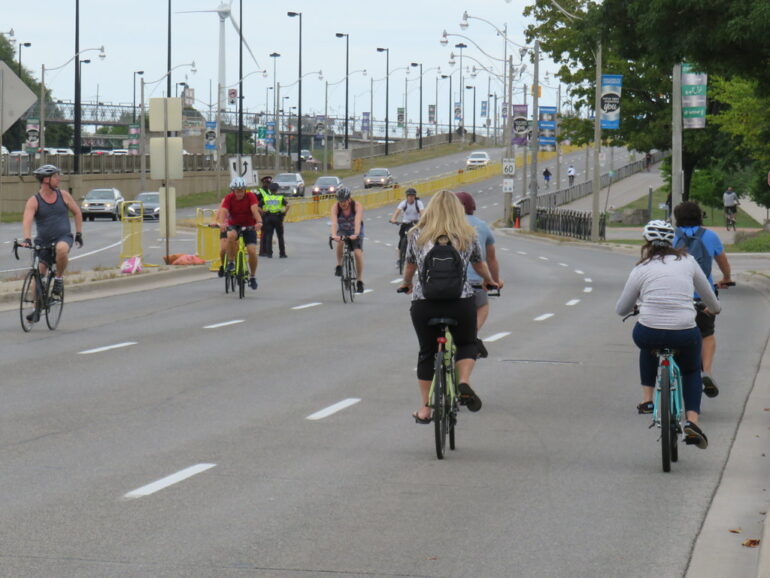 The city proposes to reinstate temporary road closures during the coming summer months as part of this years’ expanded ActiveTO initiative.

On various weekends, residents and visitors will be able to able to walk, run, and cycle along select closed streets of Toronto.

Official dates will be announced within the next few months as the city examines accommodations to be made for construction, input from councillors, and the potential for the return of large-scale events over the summer, according to the city.

Lakeshore Boulevard West is under consideration as construction might impact the city’s ability to host ActiveTO in this area, however other locations including Exhibition Place are also being considered, the city said.

The city added a pilot project expected to be along Yonge Street, from Bloor Street north to Davisville Avenue, allowing for expanded cyclist access. This will be in conjunction with the implementation of the CafeTO program, allowing restaurants and bars in the area access to outdoor seating.

In addition to these temporary road closures, the city is also looking to expand its cycling network of more than 23 kilometres.

“The ActiveTO report describes how we can use key learnings from last year to improve this year’s program,” said Jennifer McKelvie, councillor for Scarborough-Rouge Park ward and Chair of the Infrastructure and Environment Committee.

“The 2021 program will help expand the safe cycling network, make space for people to get moving outside, and support the environment through increased opportunities for active transportation,” she said.

ActiveTO was introduced last year during the first lockdown to help Torontonians exercise while social distancing. More than 10 kilometres of road closures in the city provided an alternative for those seeking a break from isolating at home.

Closures over the summer of 2020 were instated throughout the eastbound lanes on Lakeshore West from Windermere Avenue to Stadium road and Lakeshore East from Leslie Street to Woodbine Avenue, as well as both lanes on Bayview Avenue from Front Street East to Rosedale Valley Road.

As a triathlete, Shtepa uses a road bike that requires very specific terrain as part of her training. In Toronto, the majority of pavement on dedicated city bike paths can not accommodate her road bike, the cyclist said.

“For a road bike it’s very specific and I usually use it for training so I need to maintain a certain speed. I have to be aware of my surroundings and safety, and so usually, for me to do a workout on existing bike lanes is almost impossible,” Shtepa said.

She was able to get the most out of her training on the varying terrain and hills on Bayview Avenue. This provided some contrast to the flat ground of Lakeshore Boulevard West.

Having dedicated streets is an improvement from having dedicated bike lanes, as safety is always a concern for cyclists sharing the road with motorists.

Shtepa suggests the city should favour quiet side streets over busy main streets when implementing additional bike lanes like those proposed for the ActiveTO expansion on Yonge Street this summer.

“I know drivers get frustrated with cyclists being all over the place, and I get that if there’s only one lane and another one is just for cyclists that sometimes cars when they need to turn they just use the bike lane and that’s kind of breaking the rules, but they have no other way to do it,” Shtepa said.

Shtepa acknowledges much of the noticeable work has been done by the city to maintain safety and accessibility for cyclists, although stricter enforcement of motorists parking on or using bike lanes is needed, the triathlete said.

“I also use city bike as a commute most of the year. I would say March to November I almost don’t use public transit,” she said. “I use my city bike, and of course to be able to get from point A to point B in a safe way I need a bike lane for that.

“I think it’s a really good initiative, I think it makes the city more livable for different people so I’m curious to see what they have to suggest as this year,” Shtepa said.