The University of Waterloo is now preparing for its COVID-19 on-campus testing study which is set to start in April, while Queen’s University is in its seventh month of conducting the research.

“This particular project is to study the prevalence of antibodies or immunity to COVID-19,” said Brian Dixon, a professor of biology and the Canada Research Chair in fish environmental immunology at the University of Waterloo.

Both Waterloo and Queen’s projects are funded by COVID-19 Immunity Task Force, which is a part of The Public Health Agency of Canada.

They’re interested in looking at points where lots of people come together and might spread the disease, Dixon said.

Dr. Anne Ellis, chair of the Division of Allergy and Immunology at Queen’s University, said the idea behind their study came when all the medical, nursing and rehab students were invited back to on-campus learning in the summer of the past year.

Since most of the students were from cities including Toronto, Calgary, and Montreal, which had very high prevalence rates, there was a fair amount of concern around how safe it is to bring them back to campus, Ellis said.

“We saw this unique opportunity to invite them to participate in the research where we would actually test them for not only COVID itself but also for antibodies in case they had come in contact with the virus while they were at home on self-isolation,” she said. 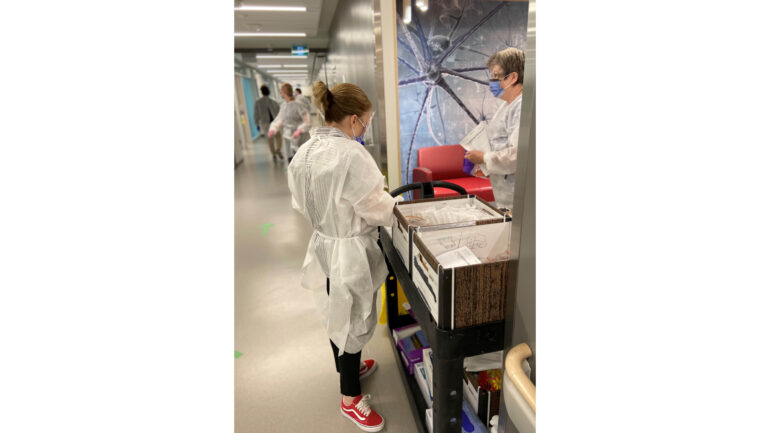 On-campus study of COVID-19 antibodies at Queen’s University. The results are hoped to allow safely getting back to in-person learning. Photo credit: Courtesy Anne Ellis

Waterloo’s research team will gather blood from both symptomatic patients at the COVID testing centre on the University of Waterloo campus, where they can get their PCR tests done, and asymptomatic students who volunteer to participate, Dixon said.

They will ask to give three blood samples over the period of a school year over three semesters, and then monitor the change in their antibody status, he said.

“We’re going to look at the types of antibodies they make, nature of the immune response, and the duration,” Dixon said. ” And also because vaccines are available, we’re going to see if they’re developing antibodies with or without vaccination, or who has stronger antibodies.”

At this point, Waterloo and Queen’s studies are not interconnected but both teams plan on sharing results and reviewing them when finished, Ellis said.

“They’re [Waterloo University] looking at dentistry students,” she said. “We have the same sort of thing, testing people who are asymptomatic, so we think it’ll be a good data set to combine at the end when it’s all said and done.”

Ellis said Queen’s University has more than 450 people sign up and get enrolled in the study, which started in the fall.

Each participant has to be in the study for about eight months, but because people enter the study at different times it will continue for the next year and a half, she said.

Dixon said Waterloo University plans on finishing its project next March, taking up almost a year. 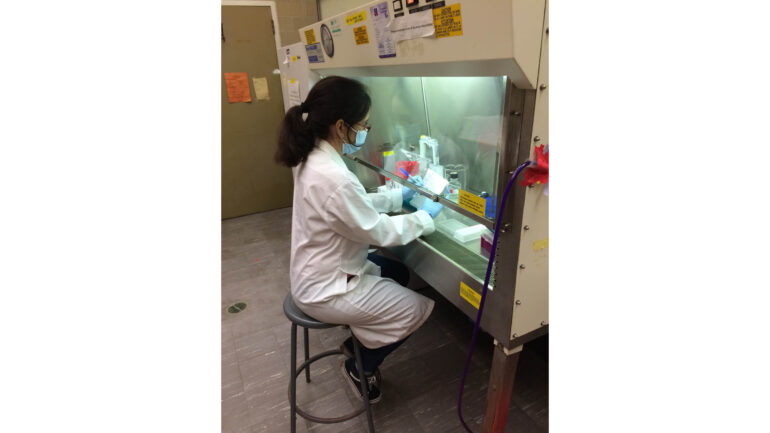 Researchers hope to understand the risk factors involved in getting COVID-19 and will be collecting data on where people live, how often they travel, whether they live in residence or an apartment, and at age groups, he said.

“Because we’re going to get faculty and staff and students, we hope to get a comparison of immune responses over different age groups,” Dixon said.

He said the study is important because the risk factors involved in the spread of immunity are still not explored enough.

“There’s a lot we don’t understand about the immune response,” Dixon said.

Ellis said with Queen’s study they hope to prove their hypothesis.

“That if you are completely asymptomatic, and you pass all of those screening questions that you’re asked every day when you come into the hospital, that in fact, you will continue to test negative to COVID-19,” she said. “We know there is some controversy about asymptomatic screening.”

One of their findings so far is all the people who have been tested again are asymptomatic and they’ve all tested negative to the virus, she said.

Apart from demographics, travel history contacts and mental health questions, students are asked whether they received the vaccine as well as their overall concerns and hesitancy about it, she said.

Ellis said the results of the study will guide education facilities on how to provide a safe in-person studying process.

“We really think that the results will help inform not only other professional students schools across the country, but could potentially inform other universities about how to allow normal, regular students to re-enter on-campus learning,” she said.