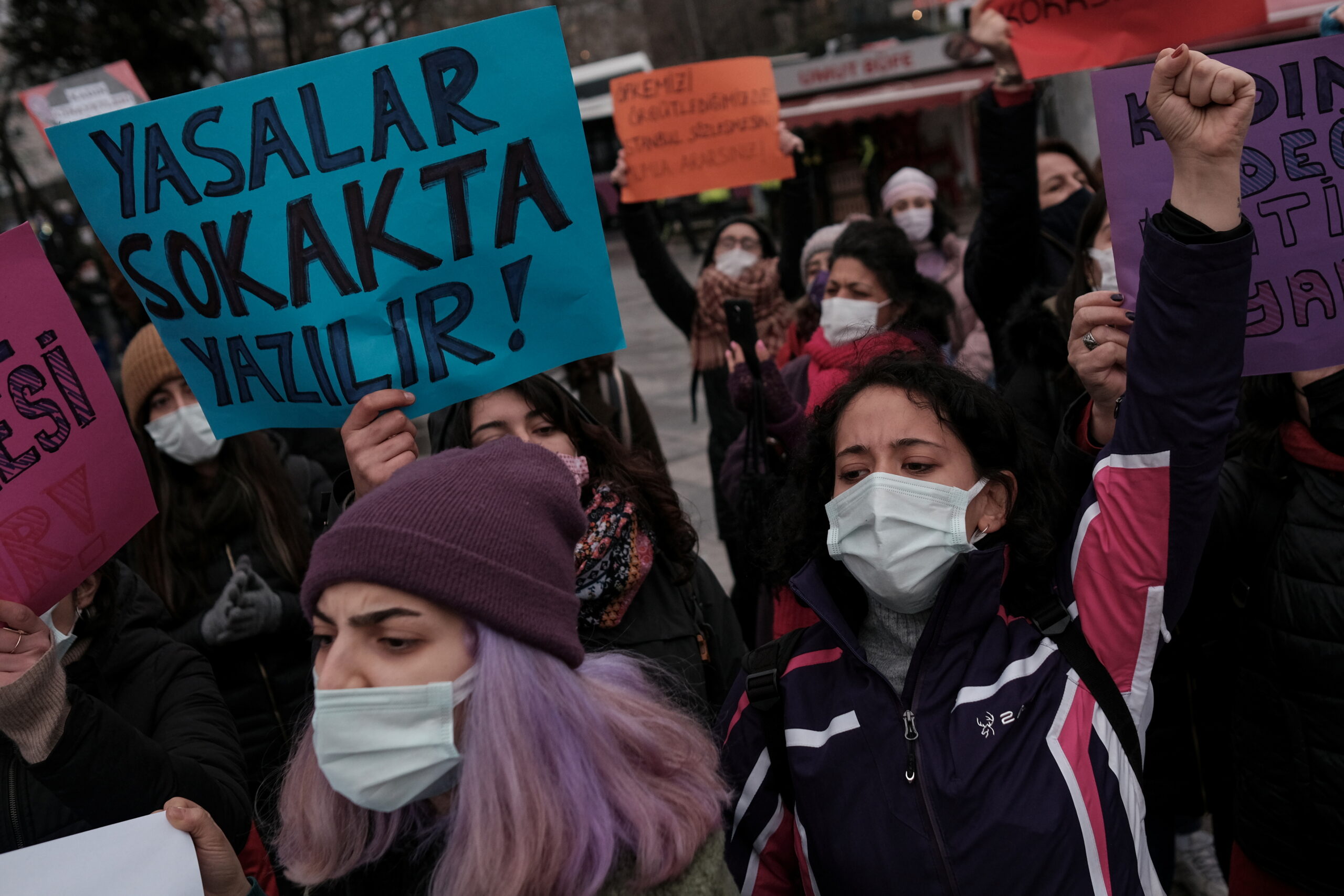 Turkey’s withdrawal from the Istanbul Convention on March 20 sent shockwaves through a country that has been coping with a rising trend of violence against women.

The international pact, officially known as the Council of Europe Convention on Preventing and Combating Violence Against Women and Domestic Violence was created in 2011 by 45 countries and the European Union as a human rights treaty to protect women against violence.

But Turkey’s President Recep Tayyip Erdogan issued a decree pulling the country out of the pact.

In response, many women went to the street to protest Erdogan’s decision.

Nurhayat Altaci, a Member of Parliament with the Republican People’s Party (CHP) and a member of the European Commission, told Humber News that Erdogan unilaterally withdrew from the convention without asking Parliament, woman organizations, or sharing his position with the public.

“It should be emphasized the decision made in the middle of the night,” Altaci said.

The CHP intends on taking the termination of the Istanbul Convention to the Council of State, which is the country’s highest administrative court.

“We claim that this decision is unconstitutional and against human rights,” she said. “Thus, the Istanbul Convention is a common form of laws approved by the national parliament.”

But Erdogan told Turkish media following prayer at Kerem Aydınlar mosque in Istanbul on March 26 the steps taken are legal.

“We made our decision. We will be out of Istanbul Convention in three months. It’s that simple,” he said. “Therefore, we must act following the will of our Lord, our purpose of creation and our nature.”

There is a fundamental question related to the timing of the decision. Altaci said the government is using women as bait to get votes from Islamist followers.

Halil Ozsavli, an MP with the ruling AKP, tweeted Erdogan’s decision protects the structure of the family.

“The fact that the concepts such as sexual orientation and gender equality in the Istanbul convention do not fit into the structure of the Turkish family, threatening future generations by marginal groups, will reveal how accurate this decision is,” he tweeted.

“Erdogan says to women, you are going to stay at home, don’t work, give birth a child, and this is your role,” she said. “Like a servant of your husband, like property. You can not divorce. It’s against our structure of family.”

Gender inequality is not a new thing for Erdogan’s party.

“We cannot put women and men on an equal footing,” he said at a 2014 party meeting. “It is against nature.”

According to the Homicide of Woman annually report by the Republican People’s Party, 269 women were killed and 152 other women died without any known reason in 2020. The European Court of Human Rights (ECHR) declared Turkey a “climate conducive to domestic violence.”

Mujde Tozbey, a lawyer and president of First Women’s and Children’s Association, a non-profit organization that provides the free legal support for victims, told Humber News the Istanbul Convention is an important achievement in women combating violence.

“Before The convention, the government was not obligated and responsible to protect women against domestic violence, and right after the contract, the protection of the family and women with the law number 6284 was created,” she said.

Law 6284 was issued in 2012 pursuant to the Istanbul Convention, to protect women, children and other family members from violence.

“Women, children and LGBTQ will be attacked more with this impression saying that they are not protected after all,” she said.

Tozbey said Turkish women are becoming more aware of their rights, but the government has been trying to reduce women’s role in Turkish society for many years.

“The Turkish woman now wants to play a leading role in her own life,” she said. “She wanted to be free. They want to work and earn money rather than giving birth and cooking all time.