The dying myth of Putin amongst Russian youth

The simple outline of a heart was poignantly traced by opposition leader Alexei Navalny to his wife Yulia during a sentencing hearing in Moscow Feb. 2.

The heartbreaking moment caught on court cameras is a poetic depiction of the modern Russia President Vladimir Putin has created.

Navalny was detained on Jan. 17 after returning to Russia following treatment in Germany for a suspected Kremlin-organized poisoning, according to a joint statement by the G7 nations. 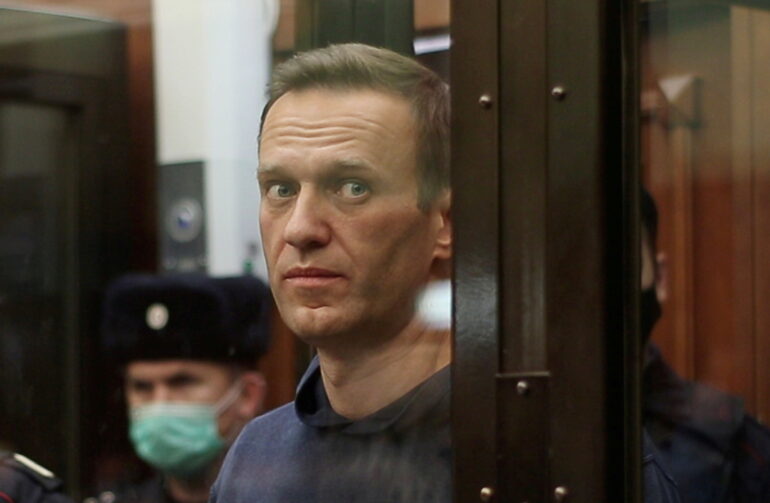 Russian opposition leader Alexei Navalny looks out of his glass cell during a sentencing hearing in Moscow, Russia on Feb. 2. Photo credit: Reuters via Press Service of Simonovsky District Court/

Navalny’s detainment triggered hundreds of protests across Russia and illustrated a growing division between younger Russians and their parents who remain the most ardent supporters of the president.

“My parents have been pro-Putin my entire life,” said Peter, aged 25, an ethnic Russian whose family lived in Ukraine and came to Canada as a young child. He has requested to withhold his last name fearing repercussions against his relatives currently living in the Ukraine.

Millennials like Peter represent a younger generation of ethnic Russians who, despite coming a former Soviet state, identifies themselves first and foremost as Russian.

And Putin has been a frequent topic of conversation and a source of division between Peter and his parents.

Peter believes that in order for Russia to progress, Putin needs to be removed from power. His parents disagree in part because they are similar to many ethnic Russians from the Generation X and Baby Boomer demographic.

“When my parents see Putin, it reminds them of an older Russia,” Peter said. “They feel pride and a desire to return to that former glory of when Russia was led by powerful men who demanded international respect through control and military action.”

Putin’s complete control of the media alongside early economic growth and aggressive military action in Chechnya, provided evidence to his supporters that Putin could heal Russia after years of stagnated growth and violence.

Recent reports by the United Nations counters Putin’s image as Russia’s saviour by the displaying his government’s poor control of inflation and wages, alongside a damaging income tax system.

The 2018 economic report by the United Nations argues Russia continues to have as much economic inequality as it did at the end of the Cold War.

Years of economic stagnation and an increasingly restless youth, Navalny has been able to solidified himself, similar to that of a young Putin, as a leader who will bring Russia to the modern era.

Two days after his initial detainment, Navalny’s team released a video depicting Putin’s history of corruption and a national call for protests on Jan. 23. The video amassed more than 100 million views.

The popularity of the video resulted in the Kremlin focusing their attention at Navalny’s key demographic: students.

“Calls for children to go on the so-called ‘walk’ on Jan. 23 have begun to appear on various resources,” a Ministry of Education of the Russian Federation stated in a translated press release on Jan. 21. “We all know what childish curiosity, harmless prank, posturing is, but with the hands of unscrupulous adults, all this can drag a child into illegal actions and turn into a very deplorable situation.”

Russia’s efforts to deter students alongside new international sanctions, validate that the greatest threat to Putin are activists like Navalny who represent a younger generation of Russians who are now challenging a narrative of their country that they had no say in creating.