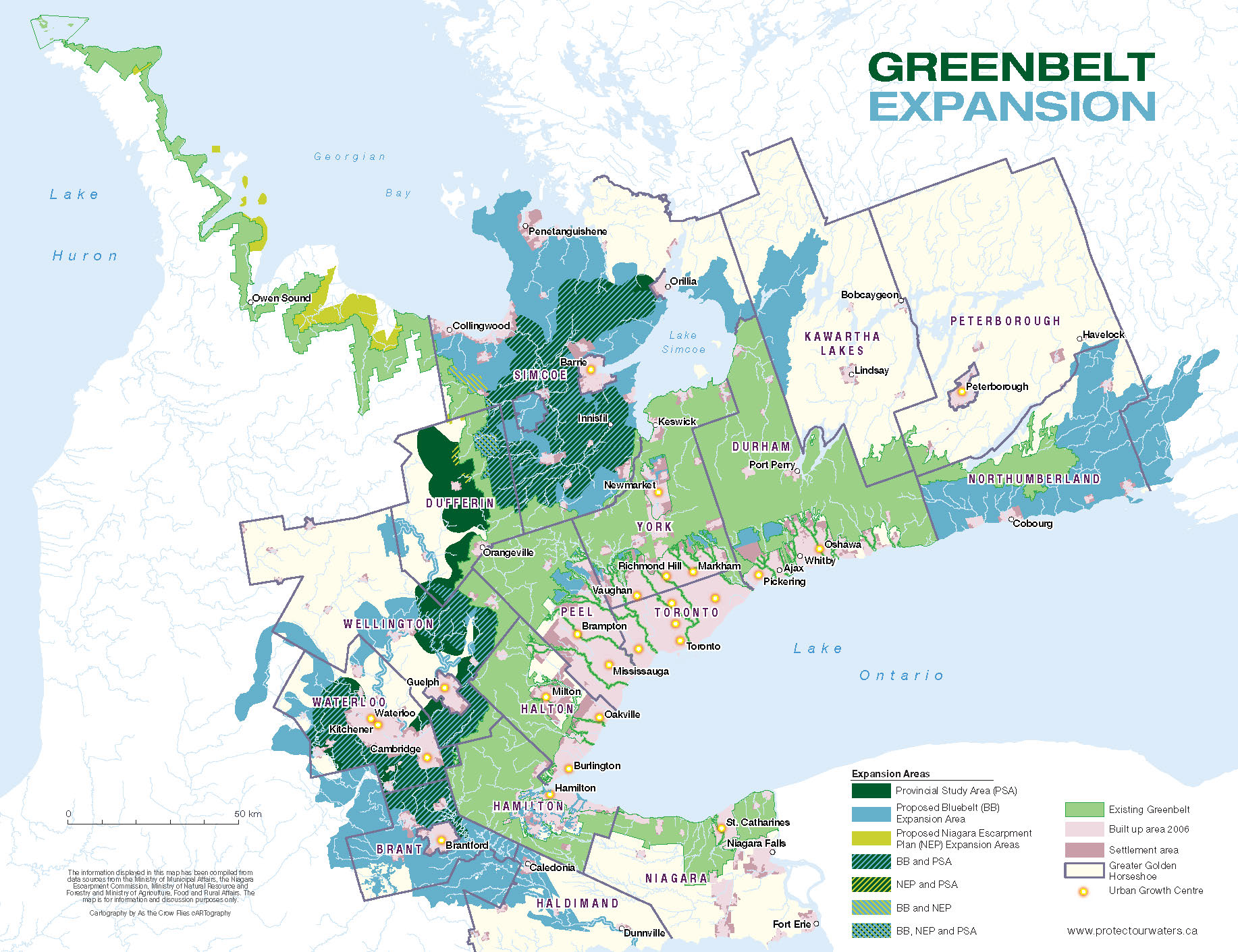 Ontario’s Greenbelt is comprised of two million acres of protected land since its conservation efforts began 16 years ago.

“Going into an environment where there is unfamiliar territory, sleeping under the stars, and cooking on an open fire is a way of life that gained my respect more over time,” said Carlton Thelwell, a Natural Resources and Environmental Sustainability student at Fleming College, based in Peterborough.

With Premier Doug Ford’s proposed GTA West highway, the 413 could harm the Greenbelt’s conservation efforts, such as impacting farmland and wildlife.

The GTA West highway poses a looming threat with a possible minister’s zoning order (MZO) that may advance the project, interfering with a segment of the Greenbelt.

Justina Ray, president and senior scientist at Wildlife Conservation Society of Canada (WCS), opposes the use of MZOs to advance the highway project.

“Overturning protection measures with instruments like MZOs represents an anathema to careful planning with a long-term perspective,” she said.

Ray said the conservation efforts of the Greenbelt help preserve a rich and lively environment.

“The Greenbelt represents an effort to proactively safeguard nature in a region in Canada,” she said. “[It] contains disproportionately [large] amounts of biodiversity in the province, much of which is at risk of extinction.”

The area protects 78 at-risk species, according to the Greenbelt Foundation.

“There is a lot of evidence for the decline of species populations in Southern Ontario as a result of habitat loss and degradation,” Ray said.

Ray argues the Greenbelt has already suffered significant deforestation and conversion of natural habitats within the last 100 years.

“Many take the Greenbelt for granted,” she said. “It seems that there would be significant consequences for the wellbeing of Ontario citizens were the Greenbelt to be degraded or disappear.”

As the province continues to face population growth, Ray believes it will add pressure to the Greenbelt’s conservation efforts.

Meanwhile, Thelwell feels that there is work to be done to sustain the Greenbelt.

“I want to preserve the ecology,” he said. “To respect what it can offer; the animals that I like to hunt and fish, the places I enjoy for years to come.”

In his free time, Thelwell explores the Greenbelt’s protected wetlands and forests. He can’t help but feel mesmerized by the sense of peace and tranquility it has to offer.

“When I go into the wilderness, I see deer, turkey, and the common animals you could think of,” he said. “But the oddities are that they all tell a strange tale.”

Thelwell adores the sense of adventure the wilderness provides.

“There is something to be said when you find your first animal tracks,” he said. “You piece together your own idea of where they were going and what their mission was.”

Thelwell can’t help but equate this experience to that of a popular DC Comic superhero.

“You’re like the Batman of the forest, if you will,” he said.