A recent study published in the Canadian Journal of Psychiatry found mental health awareness campaigns have not decreased the rate of suicide in Ontario.

The study, led by Dr. Mark Sinyor of the Sunnybrook Research Institute and published on Feb. 10, looked at suicides in Ontario during the week of the Bell Let’s Talk campaign in 2016 and compared it to all suicides in the province between 2011 and 2016.

This gave them a method of testing associations between suicides and Bell Let’s Talk Day.

The study found “no associated change in suicide counts,” meaning no decrease in the number of deaths by suicide during the annual mental health awareness campaign.

The researchers also looked at the types of tweets generated by the Bell Let’s Talk campaign.

“Tweets … mainly included content related to general comments about suicide death (68 per cent) and suicide being a problem (42.8 per cent) with little putatively helpful content such as stories of resilience (0.6 per cent) and messages of hope (2.2 per cent),” the report states. 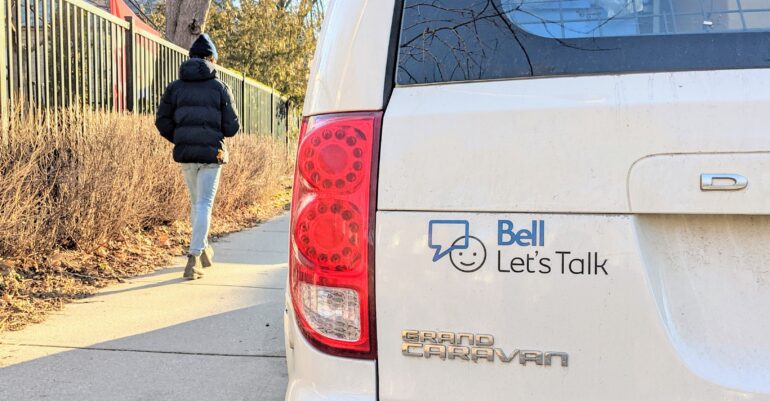 Bell Let’s Talk has seen its fair share of criticism as a mental health awareness campaign.

Detractors often characterize the campaign as more of a marketing tactic for Bell, rather than one that makes a real difference in the mental health space.

Mark Henick, mental health advocate and CEO of Strategic Mental Health Solutions, has heard the criticisms and the calls to end “talk” campaigns in favour of “action”.

The bigger problem is that the province doesn’t yet have the extensive mental health system it needs to respond effectively to those reaching out for help, he said.

“There has to be people who are able to reach back,” Henick said. “There has to be system capacity for people to actually get the treatment that they need, and we haven’t balanced the equation.”

Governments at all levels haven’t acted fast enough, he said.

“Suicide is 100 per cent preventable,” Henick said. “The problem is that people aren’t getting access, and certainly not in a timely way.”

Mental health awareness campaigns are a good first step but he said he wants to see suicide specifically addressed in more spaces.

“If there’s an infrastructure project building a bridge, why isn’t somebody around the table saying ‘how can I prevent suicides from this bridge?’, or if there’s a conversation [about] the subway or public transit, what infrastructure can we put in place to prevent these kinds of things from happening?” he said.

Neta Gear, the executive director at Distress and Crisis Ontario, a network of mental health distress centres focused on providing real-time support to those seeking help, agreed mental health campaigns have their place, but said more needs to be done to fight suicide stigma.

“There’s so much stigma, so much shame, from a legal and ethical and religious perspective,” she told Humber News.

Gear dedicated her professional life to preventing suicide and trying to help people in need. She often works late into the night, because that’s when people in distress are likely to drop by her office.

She said she talks with them, tries to assess risk, and often helps them come up with a plan.

Making a plan can save someone’s life, Gear said. She advised concerned family and friends to sit down with their loved ones and talk about what they will do when they have suicidal thoughts.

Before doing so, it’s important to listen to that person and to validate their feelings, she said.

For anyone experiencing suicidal thoughts, Gear pointed to an abundance of online resources, either on the Distress and Crisis Ontario website or elsewhere.

“When things are calmer, building resources is always a good idea,” she said. “So when things get tough, you know exactly what you’re going to do.”

In urgent situations, distress and crisis phone lines are open any time of day, Gear said. In the case of long wait times, she advised calling a hotline in another timezone.

Gear wants people to know there is always support available.