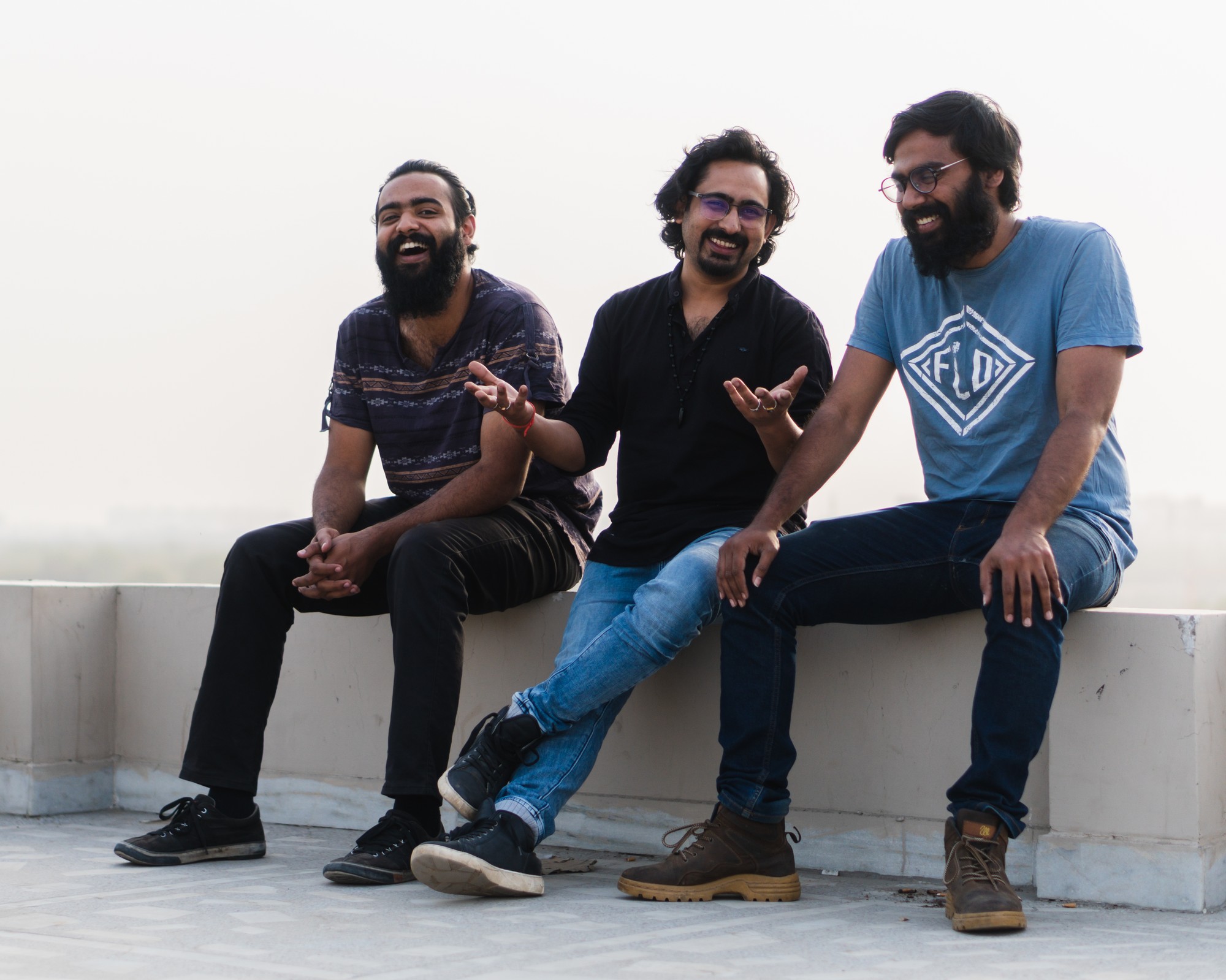 DUBAI, United Arab Emirates — The crowd went wild when Kashmiri musician Zeeshaan Nabi performed at a college festival in New Delhi, along with his friends, Ayan Joe and Srinath S. Kumar in 2019.

The young musicians jammed on some of their original pieces at the college festival.

The response was so overwhelming that the trio decided to do something more with their music.

They have been working together as a musical unit for the past five years but it was in 2019 when they formally launched a music band Ramooz, which means “secrets” in Arabic.

“We thought we can do something really good together, and go ahead with this idea of a band since our musical sensibilities and understanding of sound is in sync,” Nabi said.

Ramooz made its official debut in Gurugram, a town on the outskirts of New Delhi, on Jan. 5, 2020.

The band brings together the North and South of India in a musical amalgamation of contemporary and traditional folk music. It is a representation of unity in a politically divided country.

Nabi is a music producer, composer, lead vocals and songwriter from Kashmir. Joe is a trained bassist, a guitarist and adds backing vocals from Chennai in Southeastern India, and Kumar, originally from Kerala in Southwestern India, has an academic degree in music and handles drums and percussion.

The band members relocated to Kashmir in 2019 to work on their debut album.

“We collectively decided to do everything from Kashmir,” Nabi said. “It was a really bold move because considering Kashmir’s music scene, it’s pretty dull.

“Then, the lockdown happened,” he said.

The Indian government abrogated Article 370 of the Indian constitution in August 2019 which removed the special status of Jammu and Kashmir.

The region, located in the northern part of the Indian subcontinent, was put under a political lockdown with no access to either phone calls or the internet for at least a couple of months.

During this period of social isolation, Ramooz was busy baking its first studio album at Meerakii music studio in Srinagar, the summer capital of Jammu and Kashmir.

“It was a very interesting challenge because we were three different people with different auras in the same place for months,” Joe said. “Creating music in such a setting was a pretty enthralling experience, to say the least.”

Ramooz released the first song of its album “Aalav” on June 6, 2020, and within the first week, the music video directed by Mirum Quazi crossed 100,000 views on YouTube.

“Aalav”, which means “call” in Kashmiri, is a song of lament and longing, marking a lonely journey that is narrated throughout the album.

“We needed our music to be out there,” Nabi said. “Because we were ready with the debut, we didn’t want to stall. It felt right to release it at that time.”

However, the initial months in lockdown were traumatic, he said.

“For the first couple of weeks, we couldn’t record anything,” Nabi said. “Then gradually, we decided to channel this frustration and anger, into our music. And that became the sound of the album as well.”

Ramooz is eager to release its music but is facing financial challenges because of the political lockdown and the pandemic.

“We cannot do live shows anymore since it’s the pandemic,” Kumar said. “We’ve had to rethink our strategy since then. We have had a setback and there is no financial backing to the band.”

The trio relies on producing side projects and music composition to keep the wheel turning.

“We are just trying to survive right now so we can launch our music and look forward to how things pan out,” Joe said.

“The audio is done,” Nabi said. “We are now planning the music video for it.”