It is difficult for them to save enough for a down payment on a home, Brigante said, as housing prices are rising annually. The Toronto Real Estate Board composite average of homes in the city showed the average price of a home is $990,900.

Brigante said many people are considering moving out of the city in search of more affordable housing prices during the pandemic, with work-from-home options. 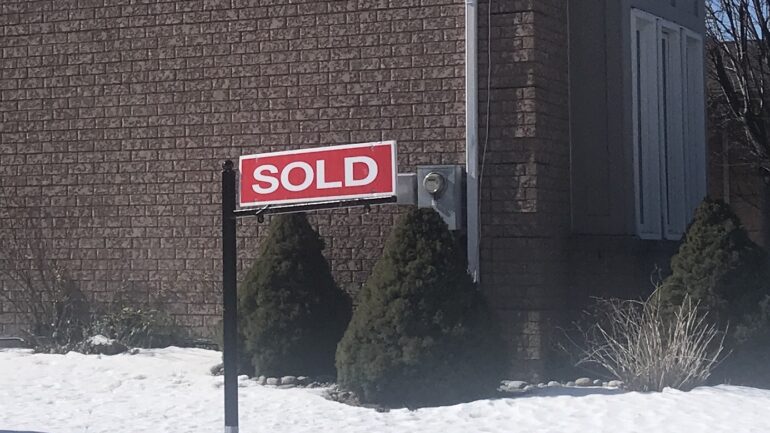 As the housing market in Toronto soars and people work remotely, many are looking for more affordable housing options outside of the city. Photo credit: Cristina Galle

“A lot of people work from home, so they won’t mind living out of town,” Brigante said. “The areas that were usually an hour commute will make no difference to them because they don’t have to commute and they’re working from home.”

She said as the average price of a house in Toronto approaches $1 million, making it difficult for first-time homebuyers to afford it, and many people are moving out of the city.

Savannah Sewell considers herself lucky that the lease on her Toronto apartment she shared with two roommates ended in March 2020.

Sewell, who recently completed her master’s degree in Museum Studies at the University of Toronto, said she and her roommates weren’t sure where they would move to next.

“I’m obviously not going to find a job, and where are we going to move right now,” she said.

Sewell said she and her roommates decided to move out of their shared apartment, and she moved back home to Oshawa to wait out the pandemic.

“What’s the draw to move to Toronto? To sit in my apartment? The Raptors aren’t even playing here,” she said laughing.

Sewell said she was unsure if living in the city is a realistic option for her anymore, and she is looking elsewhere for work.

Sewell said she was unsure if people like her, who have moved out of Toronto searching for job prospects and affordable living, will be able to return.

Amanda Teseo and her fiancé began looking for a home outside of Toronto only months before the pandemic struck and were fortunate to have beat the rising prices.

Teseo, a teacher in York Region, said they wanted more space and not be crammed in “like sardines,” so they sold her fiancé’s Toronto home and began searching elsewhere.

“We kind of thought to ourselves, we want the space, we want the quiet, we want a place where we can just build a family,” Teseo said.

They purchased a house at the beginning of March in the Town of Whitchurch-Stouffville, just north of Toronto in the York Region. Teseo said they soon heard from their real estate agent that they beat the rush of buyers moving out of Toronto and into surrounding areas.

“People are recognizing that you don’t need to be in the city anymore,” Teseo said. “For people that are going in and out of the city once or twice a week, it’s still not worth it to live in Toronto.”

Communal living, where more than one couple or family purchases a home together, will become more common among young people, she said.

Brigante also predicts this will be more common among family members like siblings.

“I think within the next five to 10 years, this communal living is going to become a reality,” she said, which allows first-time homebuyers to become owners rather than renters and catch up with rising real estate prices.