DUBAI, United Arab Emirates — The Emirates Mars Mission will send the first image of the Red Planet to earth within a week, the UAE government’s media office announced on Tuesday.

The Hope Probe pulled off the Mars Orbit Insertion (MOI) at 10.57 a.m. EST on Feb. 9 after, travelling 493 million kilometres over the past seven months. 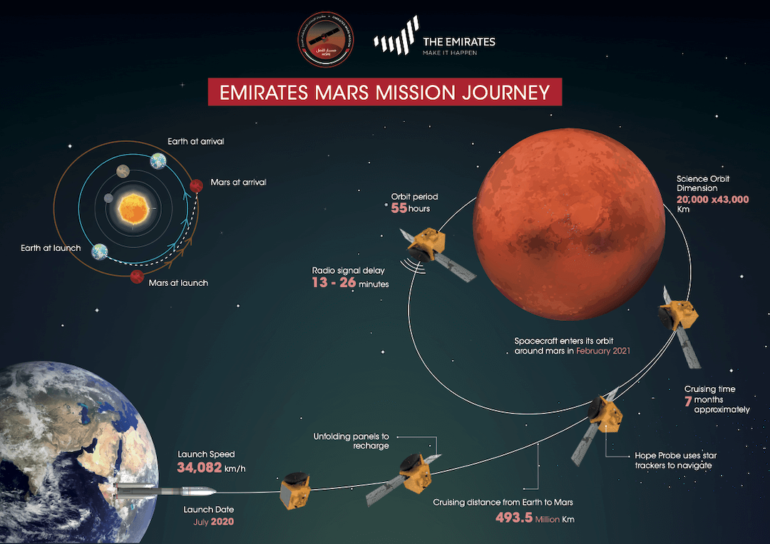 Tracing the path the Hope Probe took since it was launched in July 2020 from Tanegashima​ Space Centre​ in Japan. Photo credit: Emirates Mars Mission

The MOI manoeuvre, which had a 50 per cent success rate, was achieved within 27 minutes during which the Hope Probe used six Delta-V thrusters to reduce its speed to 18,000 km/h from 121,000 km/h. The process burned nearly half of the spacecraft’s fuel.

In celebration of the success, Burj Khalifa — the world’s tallest building — lit up with “Mission Accomplished” written on it.

Today, the #UAE's dream became reality and the impossible became possible! Our hearts are filled with pride as the #HopeProbe reaches the red planet successfully, and Arab history was made! #ArabstoMars pic.twitter.com/h07ku8H7BA

Sheikh Mohammed bin Rashid Al Maktoum, Vice President and Prime Minister of the UAE and Ruler of Dubai, dedicated the mission’s success to the people of the UAE and Arab world.

“Our success proves that Arabs are capable of reviving the region’s legacy and status in the scientific sphere,” he said. 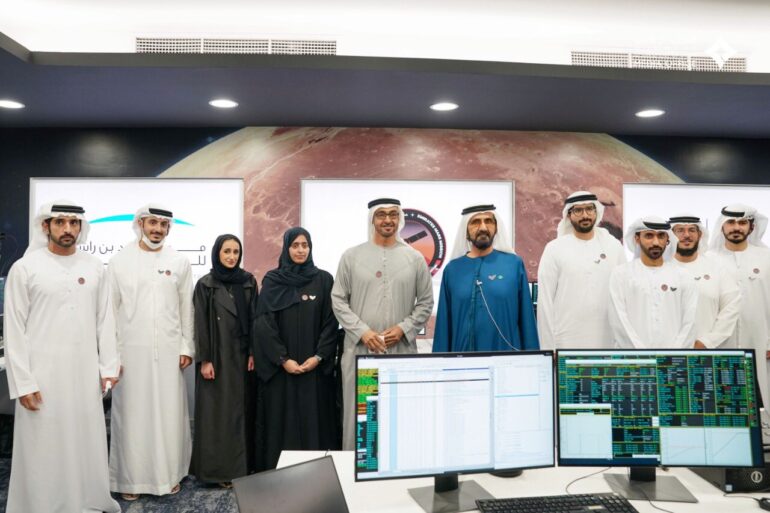 During the coming weeks, the ground control station will establish regular contact with the probe for timely uploads of command sequences. It will take 11 to 22 minutes for radio signals to travel to and from the Hope Probe.

It is estimated to take up to 45 days for the Hope Probe to position itself in the Mars orbit in preparation for its scientific operations.

The mission will begin its operations in April to study Mars’ atmosphere and daily weather for the next three years. The probe will collect more than 1,000 GB of comprehensive data, which will be shared with more than 200 research centres.

The Emirates Mars Mission was developed by the Mohammed Bin Rashid Space Centre (MBRSC) and funded by the UAE Space Agency.

Nahla Al Fahad, a local film director based in Dubai, said she was about to cry when the mission’s success was announced.

“I was 100 per cent sure that we will make it,” she said. “Our nation’s ambitions have no limits … and I believe nothing is impossible in this country.

“To make it to the Red Planet, I believe that the UAE’s dream became a reality. I’m so happy and proud,” Al Fahad said.

Faisal Aljenaibi, who works with Abu Dhabi Media, said he was inspired by the mission’s success.

“This event has an unspeakable history,” he said. 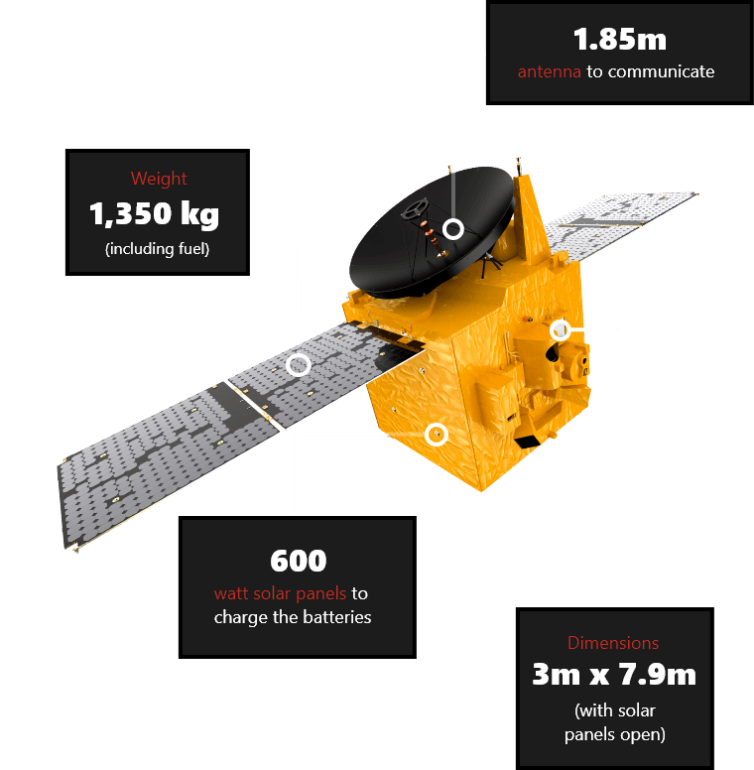 The Hope Probe, launched in July 2020 from Japan’s Tanegashima Space Centre, about 985 kilometres southwest of Tokyo, is the first of the three missions to arrive at Mars this year.

The other two missions are the U.S. space agency NASA’s Perseverance rover and China’s Tianwen-1, scheduled to arrive on Feb. 10 and Feb. 18 respectively.