Schools in Toronto, Peel, and York region reopened this week for in-person learning 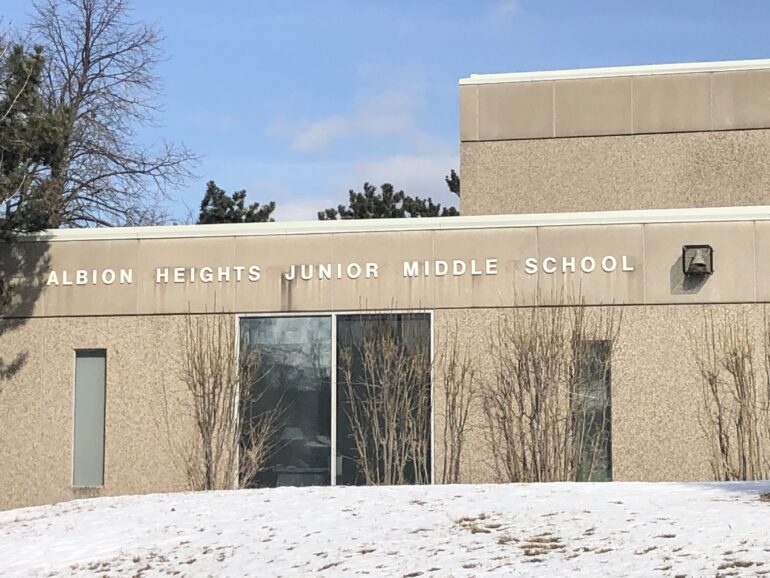 The front of the Junior Middle School located in North Etobicoke shown during Covid-19 on Wednesday. The school has been closed since December due to high case numbers and as a part of the stay-at-home order. (Alleiya Tinglin- Dystant)

Elementary and secondary school teachers in Toronto, Peel, and York Region reopened for in-person learning on Feb.16, teachers have not been updated on a covid 19 testing plan.

As students and teachers are expected to go back to school, Minister of Education Stephen Leece said he would provide up to 50,000 rapid tests weekly. However, there has been no plan of how rapid testing would be implemented within the school board systems.

The Ontario Health agency manages COVID-19 testing and was created by the government to connect and coordinate the province’s health care system.

The OHA is responsible for the oversight of healthcare across Ontario, which includes testing, ensuring frontline workers have the tools to do their job effectively, monitoring how the health system is doing, and providing improvements.

Dr. David Williams, the Chief Medical Officer of Health for Ontario, and Leece say this was a result of community transmission that varied from each region.

The decision on how tests will be used depends on public health units, Lecce said.

“Our school has before and after school childcare programs, which can cause cross-contamination,” Telesca said. “The school has done (its) best to keep up with cleaning but there is still that fear of potential exposure.” 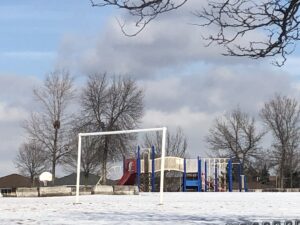 An empty playground is shown during COVID-19 located in North Etobicoke. This playground is in the schoolyard of Albion Heights Junior Middle School. Masks will be a mandatory requirement when playing outside to help control the spread of COVID-19 as classes will be in person on Feb.16. (Alleiya Tinglin- Dystant)

Schools in Durham Region, Halton Region, and outside the Greater Toronto Area reopened on Feb.8, on the advice and support of local medical officers and recommendations by Williams.

Leece said the Ontario government will allow schools to open as a result of declines in community transmission case numbers and in-class learning is important for child development and mental health.

Safety has been a large concern for Telesca as the students she works with are non-verbal, autistic, and have behavioural issues.

Learning for each child is unique as they are at different levels and speeds and require catered engaged learning, she said.

“They understand that they have to wear a mask and wash their hands. They are upset that they can’t interact with other children in the capacity they need to,” Telesca said.

Leece said the government will monitor trends to ensure schools stay safe after they reopen.

If the transmission of the virus were found in a group of students at school after the reopening, the child would be sent home until testing is complete, Williams said.

If the transmission is found within the school the administration will close until testing is complete and an investigation has been completed, he said.

Premier Doug Ford announced a six-step plan to stop the spread of Covid-19 new variants on Jan. 29 with the use of rapid testing.

It did not discuss how test results could be connected to schools and evaluate if cases were being spread there.

Suzanne Tinglin, an Advanced Practice Nurse at York University, is scared cases will spike when schools reopen because there is no clear testing plan from the province.

“I am quite concerned as the new variants are becoming more apparent in hotspots like Toronto, Peel, York Region,” she said.

The new U.K. and South African variants of the coronavirus appears to be easily transmitted, Tinglin said.

Dr. Lawrence Loh, the Medical Officer for Peel Region, said he was waiting for Ontario Health to provide the details of who would perform asymptomatic testing.