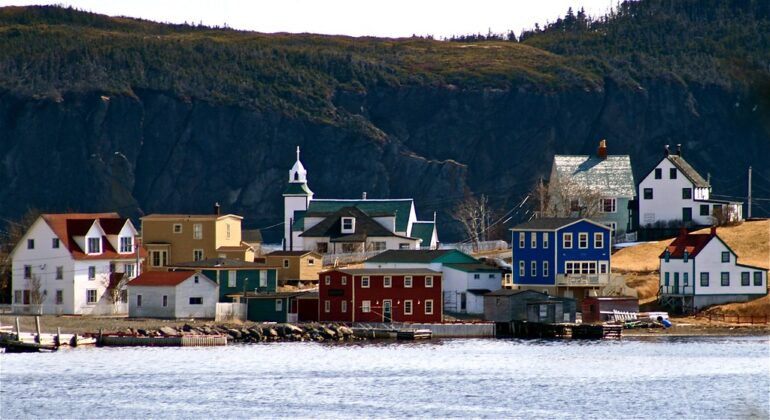 The town of Trinty in Newfoundland and Labrador. The town was part of one of 22 electoral districts that was set to have in-person voting prior to the province’s cancellation of all in-person polling stations on Feb. 12. Photo credit: Creative Commons & Product of Newfoundland

The cancellation comes following the discovery of a COVID-19 variant outbreak in the province.

Prime Minister Justin Trudeau said in a statement that he has been in contact with Furey and has offered federal assistance in helping the province during its second wave.

Chaulk announced last Friday the election would still begin on Feb. 13 but with all voting occurring by mail.

Residents are also able to apply for a special mail-in ballot until 8 p.m. Feb. 19 and will have until March 5 to return their ballots to Elections NL, Chaulk said in a press statement.

Chaulk’s announcement was the latest example of recent difficulties the province has faced during their 2021 general election.

The Ministry of Health first reported a sudden uptick of case rates after months of little to no new cases in the province, according to a Public Advisory Statement on Feb. 9.

The growing number of cases resulted in Elections NL announcing a staggered election system after polling staff refused to work in the Eastern Region where the outbreak had occurred, Chaulk’s statement said.

This approach would have seen in-person voting for 22 out of the 40 electoral systems, while the 18 other districts would have voted at a later date, Chaulk said.

Furey called the election on Jan. 15 but he has been continuously criticized by PC leader Ches Crosbie and NDP leader Allison Coffin for his decision to hold an election in the middle of winter and a pandemic.

“Andrew Furey had a choice. He could have waited and held this election during the summer months or after more people had been vaccinated,” Crosbie said in a press release earlier this month. “Instead, he put his political interests ahead of the health and safety of the people of Newfoundland and Labrador.”

Section 3(1) of the province’s House of Assembly Act states if a Premier resigns prior to their third year in office, the incumbent must hold a general election within 12 months of taking office.

Both the NDP and the PCs released statements on election day demanding an all-party meeting with Chaulk.

The purpose of the meeting would be to discuss difficulties voters are having in requesting special ballots and to potentially extend the mail-in deadlines.

In a statement to The Telegram on Feb. 14, Chaulk confirmed there were no plans to have an all-party meeting.

The Liberal Party Co-Chair, John Samms responded to Crosbie’s demands on Feb. 15. He said it is not appropriate to hold a closed-door meeting with an independent office and that all complaints should be conducted through each party’s press releases.

The PCs have accused the independent Office of the Electoral Officer of taking orders from the Premier, according to a Feb. 15 press release.