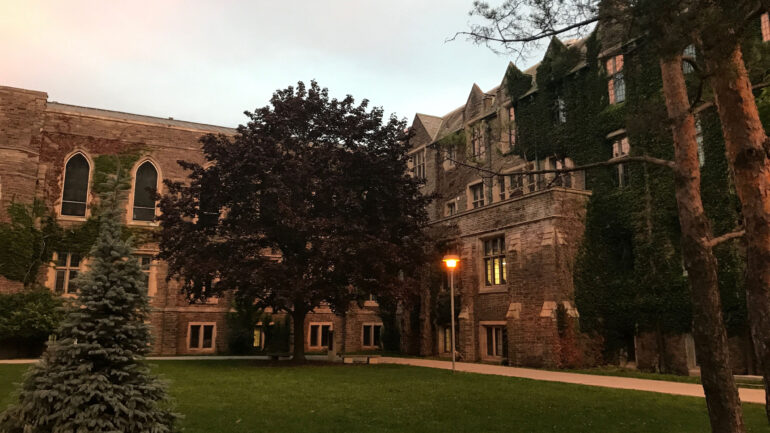 Canadians struggling to repay student loan debt during the COVID-19 pandemic are asking for help from the government.

Patty Facy, the leader of the Freeze the NSLSC initiative, said student loan repayments should be paused until after the pandemic.

“At this point, it almost feels fair” to pause repayments, she said. “We think that it makes sense to keep them frozen until the pandemic is considered to be over when the economy returns to its normal functioning.”

People are already struggling, and it’s difficult to understand why they are expected to repay student debt during the pandemic, Facy said .

Kien Azinwi, the national chairperson for the Canadian Federation of Students, called the government’s freeze on federal interest for student loans a “slap in the face.”

She said the freeze on federal loan interest does not help people repay their loans during the pandemic because they are still required to pay provincial loan interest, as well as the loan itself.

The government should freeze student loans so people can focus on getting through the pandemic without the added burden of debt, Azinwi said.

Students cannot continue to be an afterthought in government policies, Azinwi said. She said all levels of government should take action to support the issue of affordable education and student debt in Canada.

Azinwi said students need a stable economic foundation to help rebuild the economy after the pandemic.

“Invest in us so that we can invest in the economy,” she said. “You have to feed into what you want to produce.”

Ontario Green Party leader Mike Schreiner told Humber News he also supports a student loan repayment freeze until at least the fall, depending on the state of the pandemic and economy.

“Once we’re vaccinated and the economy has reopened, and we’re back to reduced unemployment rates, then lifting the moratorium would seem appropriate. But it should be in place until that happens,” he said.

Schreiner said the government should pause repayment of student loans during COVID-19. He said younger workers have been especially impacted by the pandemic’s economic effects and are currently in no position to repay their loans.

Facy said issues faced by people repaying their student loans during the pandemic have uncovered a significant student debt problem in Canada.

Though student debt cancellation is an important issue, she said her main goal is a loan freeze during the pandemic to give people more time to repay.