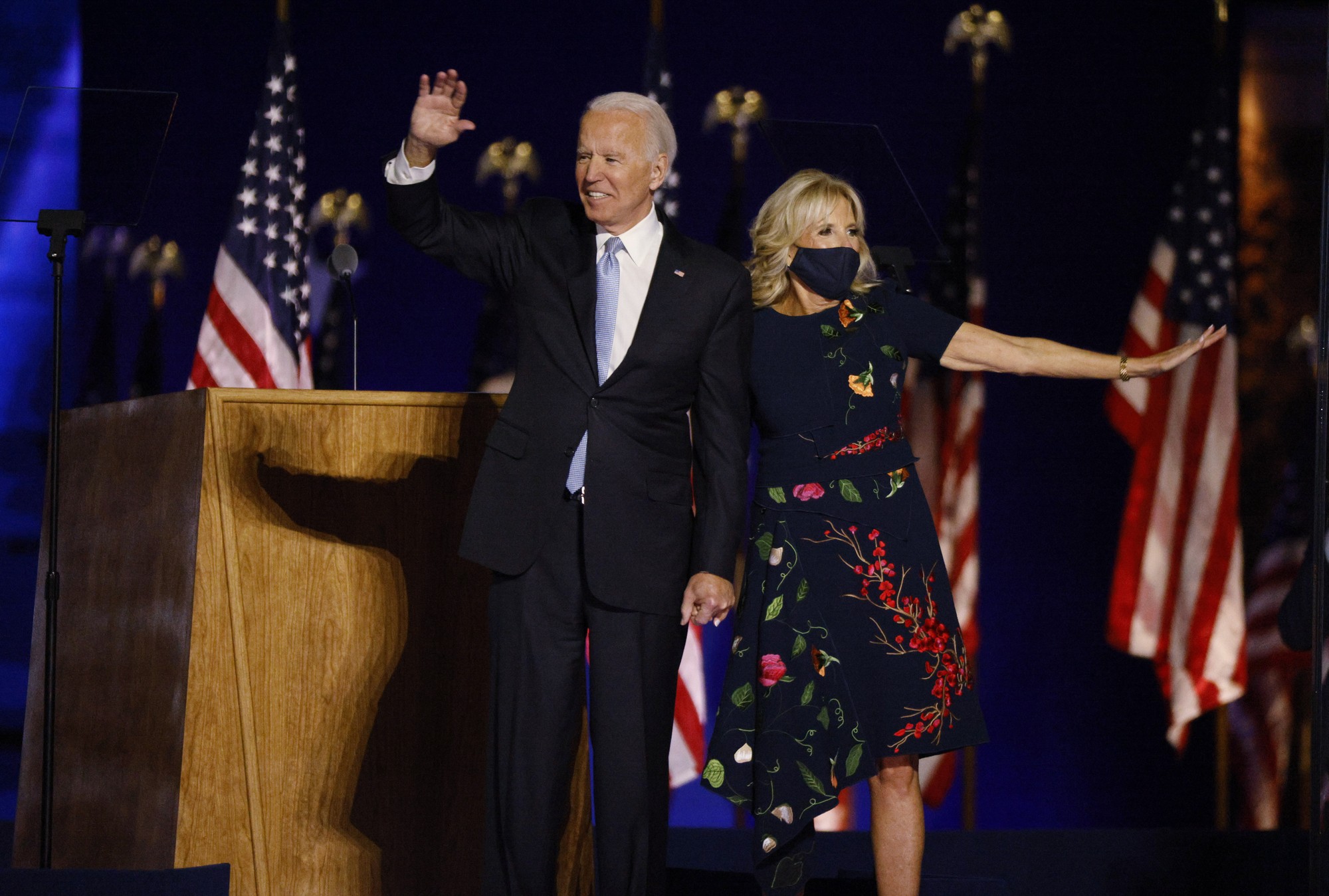 Joseph Biden will be the next president of the United States after the Democratic Party nominee won enough Electoral College votes on Saturday to claim victory over Republican incumbent President Donald Trump after days of uncertainty in a tight race.

The Associated Press and broadcast networks called the swing state of Pennsylvania for President-elect Biden shortly before noon, handing him the support he needed to cross the finish line of the 270 Electoral College votes needed to win.

Biden said he was honoured and humbled by the trust the American people gave him and in Vice President-elect Kamala Harris.

He told Americans in a Saturday night speech from Wilmington, Del., that it was time to end the caustic relationships in politics, and that he would be a president of all Americans, no matter how they voted.

“I sought this office to restore the soul of America and rebuild the backbone of the nation,” Biden said. “Folks, I am a proud Democrat but will govern as an American.”

The president-elect announced he will bring together a coronavirus taskforce next week and would spring into action on Jan. 20, 2021, following his inauguration.

Harris said that while she is the first woman elected as vice-president, “I will not be the last because every little girl watching tonight sees that this is a country of possibilities.”

Trump, who was golfing in Virginia at the time networks projected the winner, released a statement that said “this election is far from over,” continuing his claims of widespread voter fraud that have come without evidence since Tuesday.

The president is not expected to concede the election, according to reports from several U.S. sources.

When Biden is inaugurated in January, it will bring an end to Trump’s tumultuous presidency that featured his impeachment, trade wars and initial economic success capped in a final year marred by the president’s highly-criticized response to the coronavirus pandemic.

The president-elect framed the election as a referendum on the Trump administration’s handling of the pandemic and the threat to democracy that he said Trump presented to the United States.

During his Saturday address Biden spoke directly to supporters of the president, saying “for those of you who voted for President Trump, I understand your disappointment tonight…now, let’s give each other a chance.”

The 2020 election was historic and unprecedented. Biden has won with the most votes for a president ever, garnering more than 74 million votes, and his running mate Kamala Harris will be the first female and first person of colour vice president.

Ahead of Biden’s speech, Harris said in her first remarks as vice president-elect that Americans “chose hope and unity, decency, science, and yes, truth.”

The 19-year-old political activist and writer told Humber News earlier that despite Biden’s triumph, pointing out that results across the board were not all good for his party.

With the fate of the Senate leaning towards a Republican majority in run-offs scheduled for January and the Democrat majority in the House of Representatives weakened, Mills said “this is not what Democrats were wanting this election year.”

For Daniel Sheahan, the Biden victory marks a turning point back to reality for American people and is hopeful the former vice president and senator will bring the country together.

“I think Biden winning is important for America considering how Trump has manipulated his followers where they will believe anything he claims even if it has no basis in fact,” Sheahan said.

The 28-year-old California resident voted for a third party candidate but made it clear he believes “Biden will be less divisive of a leader than Trump.”

Prime Minister Justin Trudeau was the first world leader to congratulate the president and vice president-elect.

“Our two countries are close friends, partners, and allies. We share a relationship that’s unique on the world stage,” Trudeau posted on Twitter. “I’m really looking forward to working together and building on that with you both.”

As thousands took to the streets of American cities Saturday to celebrate the win, Trump, who is the first incumbent president to lose re-election since 1992, made it clear he was not giving up.

Trump’s Saturday statement said he would take unspecified legal actions and that “he would not rest until the American People have the honest vote count they deserve and that Democracy demands.”

Steve Sopko, who voted for Trump in New Jersey, said “it’s clear paper ballots were illegally used to corrupt vote counts and make it easy to cover up.”

Sopko told Humber News he believed Biden’s presidency “will usher in policies that favour a Marxist economy for the U.S.A.” and he “will take away guns.”

Regardless of the results, Americans were motivated this year to make their voice heard as a record amount of citizens voted. Biden won with the most ballots ever for a president and Trump snagged the most voters in history for a Republican candidate.