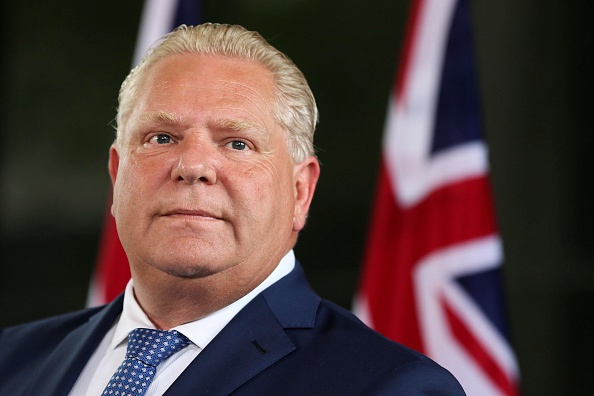 Starting today, anyone wanting a COVID-19 test at one of the province’s 155 assessment centres will need to make an appointment.

In a joint press conference today, Premier of Ontario Doug Ford, Minister of Health Christine Elliot, and CEO of Ontario Health David Williams announced changes are necessary as the Province moves towards winter.

“As the weather begins to worsen, we can’t have people waiting in the cold, waiting in the rain and snow to get a test, so today we are announcing new changes to help the assessment centres to get ready for the winter,” Ford said.

The provincial government has faced criticism for the long lines for those awaiting tests.

Despite the complaints, Health Minister Christine Elliot maintains that testing overall has improved.

“First when we started testing back in March, our province conducted 4,000 tests per day, by working with our partners, we are now well in our way to process 50,000 daily tests by mid-October and 68,000 by mid-November,” Elliot said. “Last week the province hit a new milestone over 4 million COVID-19 tests since the beginning of the pandemic, this is more than all the other provinces combined,” Elliot said.

Dr. Anderson said the screening guidance of the province has also been modified to urge that only people who are symptomatic or in high-risk groups seek testing.

“The shift from walk-in to appointment only moving forward is because of safety, ensuring the safety of everyone and having people who have symptoms and not symptoms outside of a safe environment,” Anderson said.

On Sunday test centres closed in order to arrange the new model that is being released today, Ford said.