How two year old indie game Among Us took over Twitch 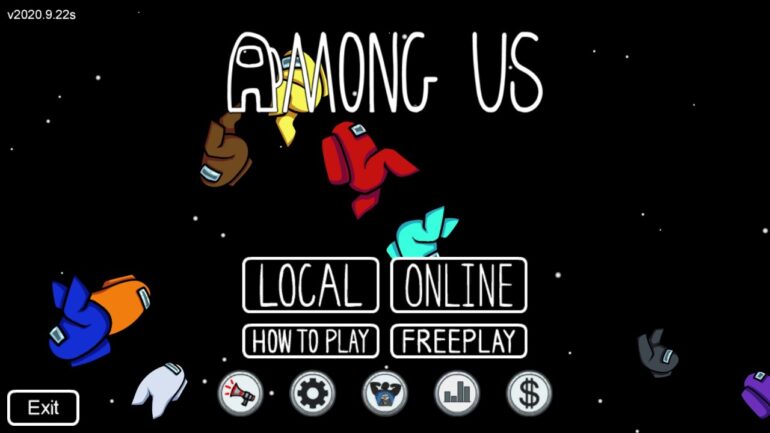 Twitch streamer Johandy Garcia (Innominate0) getting ready to Among Us with his followers on Twitch. (Kyle Drinnan)

Trends usually happen when a product is close to release due to the high expectations people have, but sometimes it can take years for something to go viral.

Among Us, a five dollar video game created two years ago by the developers of InnerSloth, has become the second most played game on Steam and the number one game played and streamed on Twitch in September.

The game is a multiplayer social deduction and party game which allows up to 10 players in a lobby. The game puts players in a remote setting where a majority of the players called crew-mates work together to complete different mini-games or tasks to win, while two players take on the role of imposters which involves eliminating the crew-mates to become victorious.

It’s tough to say what can make a game become popular or trend but there are factors that can be taken into account when trying understand video game trends.

Mia Consalvo, a communication studies professor at the University of Concordia in Montreal Quebec, shared her thoughts in a discussion on video game trends. She explains how in certain cases some games can take time to become popular.

“Games can take a while to catch on, for a variety of reasons. Another game that had been released for a while before becoming popular was Flappy Bird, on mobile. No one knows exactly why the game suddenly took off, but after it did so it gained global recognition and popularity,” Consalvo said.

She said simplicity and convenience can also play a role in a game’s popularity. “I think that we are seeing more games that take less and less time to learn, games with very simple interfaces that teach you how to play them,” she said.

Consalvo adds that multiplayer games have a better chance at successfully pulling in more players. “They let lots of people without years of gaming experience take part, leading to increased popularity” she said.

Consalvo also points out that new games with the same type of motif of concept tend to replace older games that started the trend first because of the idea that it has a new and refreshing twist to it.

“We’ve always had games like this – think about Werewolf or Killer, which we play in physical settings. There have also been board games that do this (a Battlestar Galactica game; Secret Hitler), so it’s not really a new mechanic or theme. This type of game stays popular because we bring it to a situation that we already know” Consalvo said.

Although the game is on different platforms such as iOS, Android and Microsoft Windows, Steam Charts a website which indicates which games on Steam have had the most players playing at once, shows that Among Us has had 438,524 players online at once which puts it in third after Dota 2 and Counter-Strike: Global Offensive which is number one position.

Streamers have also picked up on the game’s popularity adding it to their weekly content.

Johandy Garcia who goes by the handle Innominate0 on Twitch has been streaming a year and a half. He mainly focuses on Nintendo based games but was convinced by his followers and other streamers to give the game a shot.

“I didn’t know what the game was about at first but it popped up in my notifications frequently on Twitter, YouTube, Facebook, and Twitch. I saw a few streamers that I follow play the game as well as one of my own followers suggesting that I play it and add it to my channel due to its popularity” Garcia said.

He also explained how COVID-19 played a part in why this game became well known.

“I believe COVID had a factor in making this game popular, between the number of players and viewers who are now at home on Twitch and YouTube because people are looking for more ways to entertain themselves at home,” he said.


Although Among Us was supposed to get a sequel the developers have said they scratched the idea and will focus on their base game to increase content and to gradually support the original game.