High insurance costs is another blow for small restaurants and bars 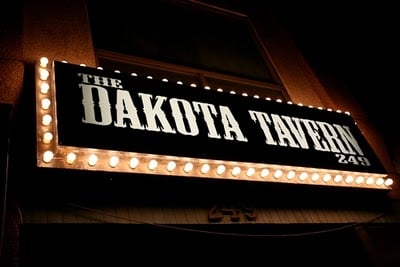 The Dakota Tavern is one of the venues in Toronto that is unable to get insurance. (Facebook/Dakota Tavern)

The Dakota Tavern, one of Toronto’s most popular live music venues, has been one of those unlucky few who might close down due to problems with the insurance company that is reportedly refusing to renew their policy.

“The insurance industry is not, with very few exceptions, renewing policies for bars and restaurants. They have been happy to take our money whilst we were closed with no rebates or adjustments. Now that policies are up for renewal they refuse to provide insurance even to venues that have been in business for years with no claims,” Reid said.

In the post, Reid confirmed that the reason for this increase was if someone who has COVID-19 can prove they were infected at a restaurant or bar, the insurance company would have to pay out money to the person which means restaurants and bars will have to pay the insurer more money for that cover.

He further explained that restaurants and bars that were temporarily closing due to COVID-19 can’t make business-interruption claims because they only currently cover closures due to environmental damages like fires or floods.

With this sudden insurance spike, the struggle to keep up with the bills has made the lives of owners, like Lisa Rasiberg of Urban Falafel, even harder than before. 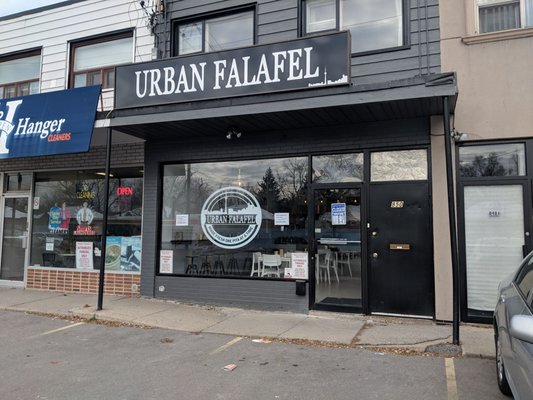 Urban Falafel owner Lisa Rasiberg said she has seen a 25 per cent increase to the restaurant’s  insurance premiums.

“We’ve had a 25 per cent increase to our insurance and things like Uber Eats, Foodora, and Door Dash take 30 per cent of whatever gets ordered has caused me to only have two employees with one in the back and one in the front.” Rasiberg said

Even Premier Doug Ford in a press conference last week told insurance companies to be more understanding of the situation bars and restaurants are in.

“The bottom line is you guys are making a ton of money whether it’s car insurance, home insurance or business insurance, just give these guys a break.” Ford said.

The city of Toronto have also been throwing lifelines to the food and beverage sector, like recently lowering property tax by 50 per cent and asking the premier to put a moratorium on the insurance spikes before the deadline of Oct 8.

While the Ford Government has been placing further restrictions on restaurants and bars to prevent further cases, Institute of Health Policy member Colin Furness says restaurants will have to stop in-house dining to keep COVID numbers from increasing.

“Waiters, servers, etc. have a party demographic because they work hard into the evening and then usually get together afterward, and that’s a major risk so restaurants should consider hibernating until the spring,” Furness said. 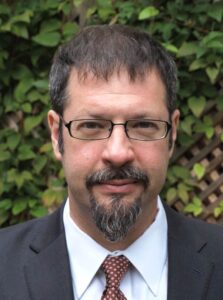 Colin Furness, a faculty member at the University of Toronto’s Institute of Health Policy, Management and Evaluation, said that restaurants will have to stop in-house dining to keep COVID numbers from increasing. (Courtesy Colin Furness)

As we get closer to the winter months, things are looking pretty bleak for small business restaurants and bars.

But, there is still hope.

The plan is based on a program called Eat Out to Help Out which was approved by the U.K. government.

In August the program offered a 50 per cent discount up to £10 per diner from Monday to Wednesday with Brits ordering more than 100 million meals with the discount to be reimbursed by the government at a later date.

“They’re the ones who got hit the hardest from the lockdowns and they will continue to get hit for a while even with financial backing and in many ways they are on their own,” Rilett said.

Relief can’t come soon enough as according to a recently released survey on business conditions by Statistics Canada, 60 per cent of restaurants aren’t expecting to survive more than three months with the current restrictions.