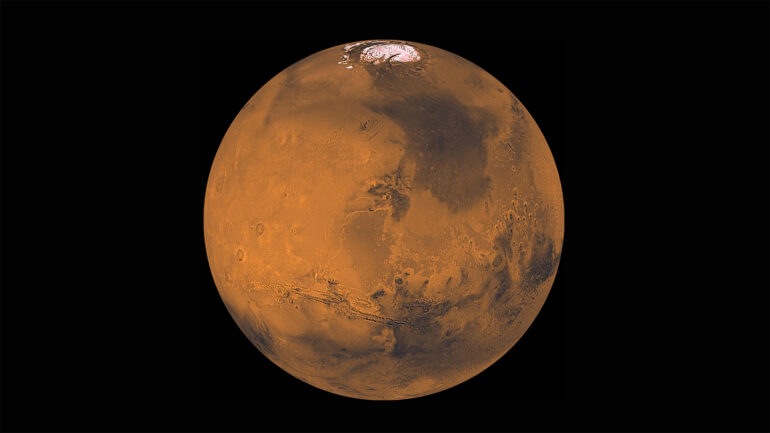 NASA’s Hubble Space Telescope photographed Mars on July 18, 2018 near its closest approach to Earth since 2003. (NASA)

Our neighbouring planet Mars will be visible from Earth for the first time in 15 years, allowing astronomers and scientists to further study the planet and learn new information to better understand Earth.

The last time Mars was this visible was in 2003. But at that time, there was an inability to get a clear view of Mars because of the dust clouds happening on Mars during that time, said Professional Astronomer and Earth Scientist Chris Vaughan.

“This will be the best viewing of the planets for the next 15 years,” said Philip Groff, Executive Director at the Royal Astronomical Society of Canada(RASC).

“I think that the real advantage of Mars being this close to us and accessible right now is simply that it might fire the imagination of another generation of people who will probably be the generation that makes those decisions about preserving the planet and maybe even finally settling there,” Groff said.

With a clearer view in 2020, scientists and astronomers will have the opportunity to view this planet and study it intensively. Mars will be shining so bright that even amateur astrologers will be able to have a look from their own backyard.

With the potential for new knowledge, Groff believes seeing Mars this clear will gives us the chance to learn more about other planets.

“Mars gives us an excellent opportunity to see what another surface of another planet in our solar system was like, and how it has changed over time, and what forces may have shaped it that gives us also a little bit of insight then into what may have happened on Earth,” Groff said.

The planet will fully align with ours on Oct.13, allowing people to see extensive details of what is on the planet, such as volcanoes.

“Mars may be an icier plain, but It’ll give us some clues into as I say, interplanetary evolution. The only example we have of a planet and how it has evolved over time is ours,” Groff said.

To view this planet online you can check out:
www.rasc.ca/homebound-astronomy.