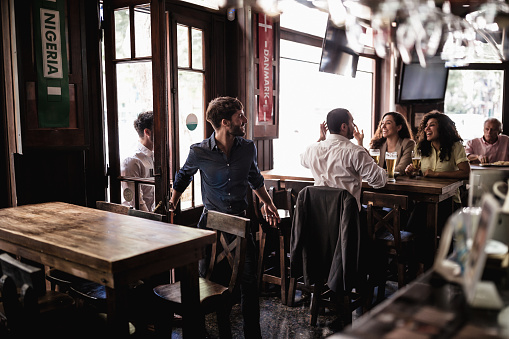 Ontario reported its highest amount of cases in a day on Monday with 700 new COVID-19 cases, topping the 640 on April 24. The province also confirmed an average of 41,000 tests a day.

“It is recommended that restaurants and bars reduce their capacity from 100 to 75 people allowed inside the place,” de Villa said in a news conference.

She also said the number of people per table should be lowered to six people from 10, and all customers’ information should be taken for contact tracing.

“As your medical officer of health I am acting to implement new actions as swiftly as possible that reflect the seriousness of the infection levels we are seeing,” de Villa said. “It is plain to see that there is an immediate rising risk in Toronto of continued and significant COVID-19 resurgence.”

Premier Doug Ford’s cabinet has banned alcohol sales at all bars and restaurants after 11 p.m.

Dr. David Williams, the medical officer of health for Ontario, said at Monday’s press conference “about three to four to five new outbreaks” occur daily in restaurants and bars in Ontario.

Brianna Palermo, a bartender at Queen Street Warehouse and Universal Event Space Banquet Hall, said the environment at bars and restaurants makes it difficult to properly distance during the COVID-19 pandemic.

“It is hard because we have to work alongside other employees which makes it hard for myself and the co-workers to socially distance during our shifts,” Palermo said.

She said the COVID-19 regulations are not being followed as they should be.

“There’s no plexiglass at bars, which bartenders like myself are risking themselves to COVID-19 exposure, sometimes we run out of gloves which is gross because we are constantly touching cups and glasses that people put their mouths on and guest don’t wear masks while sitting because they are drinking,” Palermo said.