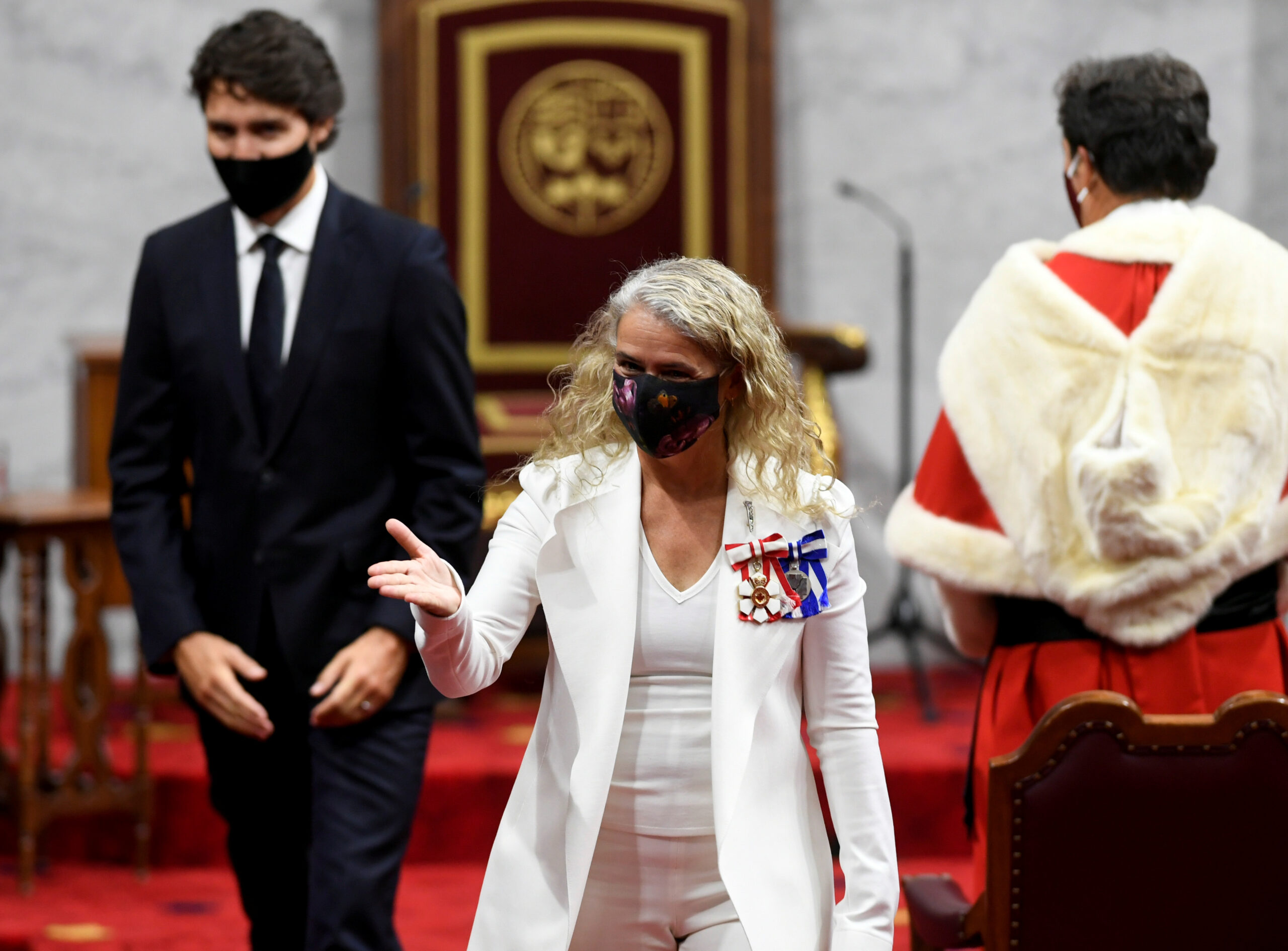 The Liberal government’s Speech from the Throne laid out a plan to spend billions of dollars on services and social programs to help fight the economic downturn caused by the COVID-19 pandemic.

The skeleton crew of masked MPs and senators, led by a similarly covered Prime Minister Justin Trudeau, listened as Julie Payette, the governor-general, read the 17-page speech, took nearly an hour to read.

“This is not the time for austerity,” Payette said. “Do we come back from this stronger, or paper over the cracks the crisis has exposed?”

The speech explained the government’s four foundation plan, the most important of which was prioritizing Canadian lives and fighting COVID-19.

The speech noted the need for a “safe and effective vaccine” and the importance of the government working with provinces on health care.

“The federal government will be there to help the provinces increase their testing capacity,” she said. “Canadians should not be waiting in line for hours to get a test.”

The second pillar looks to help Canadians and the economy get back on their feet in the midst of one of the worst economic downturns in the history of the country.

The government plans to extend the Canada Emergency Wage Subsidy, which allows businesses to cover a portion of their employee’s pay, through next summer.

“This pandemic has shown that Canada needs an EI system for the 21st Century, including for the self-employed and those in the gig economy,” Payette said.

The third portion of the plan lays the groundwork for how Canadians can “build back better” with a specific eye towards long term care homes and child care.

The Liberals said they will work to amend the Criminal Code, pursuing harsher penalties for neglecting senior citizens in the long term care homes.

There were also explicit goals laid out in regards to climate change, with a goal of overperforming in regards to the 2030 objectives and being net-zero on emissions by 2050.

“It cannot be free to pollute,” she said.

The final foundation examines social issues such as reconciliation with First Nations, addressing systemic racism, and maintaining immigration as a cornerstone of the Canadian economy.

“As part of both the short-term economic recovery and a long-term plan for growth, the government will leverage the advantage we have on immigration to keep Canada competitive on the world stage,” Payette said.

Deputy Opposition Leader Candice Bergen made it clear the Conservative Party would not support the Throne Speech.

While the Throne Speech argued austerity was not the proper course of action during a pandemic, the Conservatives and new leader Erin O’Toole promised to cut spending and put power back in the hands of provinces.

“We are very, very displeased with this speech from the throne,” Bergen said, giving her party’s official English response following the ceremony.

The Manitoba MP also criticized the speech for its projected spending plans, saying Canadians would only see more debt.

“The prime minister still seems to think that when the government goes into debt, that’s not the people going into debt,” she said.

Bergen condemned the federal plan she described as interfering in provincial affairs, slamming the “Ottawa elite”, and said the Liberal plans left behind workers in western Canada.

She cited the displeasure of Bloc Quebecois leader Yves-François Blanchet who posted on Twitter saying, “Ottawa has not listened to the urgent and legitimate demands of Quebec and the provinces.”

Blanchet’s comments effectively confirmed the francophone-focused party would not support the throne speech.

Bergen criticized the prime minister when he prorogued parliament. She said it was a way for Trudeau to avoid the committee investigation into the WE Charity political scandal.

Trudeau said he paused government in August to allow legislators to debate and give their confidence for future plans amid a global pandemic and delicate economy.

Green Party legislators expressed support for the Throne Speech’s introduction of a national water agency, goals for a pharmacare and its commitment to the fight against racism.

But it’s New Democrat support that’s key to the ruling minority Liberals’ ability to stay in power and avoid an election. But NDP leader Jagmeet Singh made it clear more review and action was needed before they would commit to backing Prime Minister Justin Trudeau.

Singh said there are two concrete actions the Liberals could take that would lead to a higher likelihood of NDP support: not ending financial support for Canadians amid the coronavirus pandemic and introducing paid sick leave.

Singh said his party’s goal “is not to threaten an election” and wants to take a “positive” approach to the throne speech.

He made it clear the New Democrats are “not afraid” of an election but was not aiming to “tear down government,” preferring instead to look out for Canadians.

“For me, the real assessment is not the words we see on paper but the concrete actions on the part of the federal government,” Singh said.